Spending a few days in each. Any recommendations for food, drink, day trips to places nearby, walks etc.

Genoa is a weird one imo. It’s a bit like a northern Naples in a way and a bit tricky to navigate as it is basically a hill going up from the port. It’s a long time since I’ve been and then only briefly but the old town, which is a real labyrinth of narrow streets, had loads of great student/post student vibe bars and eateries. Might be quieter in the Summer though as I think everyone goes to the beach bars instead.

Milan I think has been covered a fair bit, gets a bit of a bad rap as it’s a bit dour and serious for an Italian city but there’s still plenty of art/architecture/food etc to enjoy.

day trips to places nearby

You can get a train from Milan to Lake Como (Varenna Esino Station) in about an hour. I did it myself a few years ago - and it’s stunning. From Varenna Esino there are water taxis to pretty much anywhere around the lake. Bellagio is well worth a stroll around.

I second @weeber 's suggestion and get the train to Varenna. I’ve not really done much of Italy but Lake Como felt like proper beautiful Italy whereas I wasn’t really taken by Milan (we were there for the GP as my ex was into F1). You’re probably aware of this already but if you buy a train ticket make sure you get it stamped at a machine before you board the train otherwise it’s invalid.

Duomo in Milan is pretty essential and Navigli is nice for a stroll along the canal, people watch, get a wee coffee/ice cream/Tennent’s super lager.

Cheers. We’ve got pals in Milan which is why we’re going, and hopefully means we’ll see the best of it. Definitely up for a day trip up to como though

Gonna be in milan most of next week. Any bar/restaurant recommendations?!

The Navigli neighbourhood is where it’s at.

A Neighbourhood Guide to Navigli

The Navigli neighbourhood is home to many of Milan’s most traditional and authentic restaurants. Find out the best way to eat your way around the neighbourhood.

Found that out to my cost travelling back from Rome to the airport. 50 euro fine, you Italian train bastard?!

I think our train conductor must have been sound, he must have known we were confused tourists. Told us the ticket was invalid because it wasn’t stamped so he’d have to charge us for a new ticket there and then but the ticket we had would be fine for the return journey so long as we got it stamped at the station before leaving Varenna on the way back to Milan?

Yeah, depends on the individual you’re dealing with. Remember once getting on an express train from Dusseldorf to Dortmund, not realising that our tickets only covered local trains. The inspector pointed this out to us but brushed it off, saying that we were guests in his country so don’t worry about it.

Heading to this neck of the woods tonight

Cool. Wish I could give specific recommendations but really can’t remember the names of any of the bars or restaurants we went to.

One of the world’s smallest bars is there, which we didn’t visit: 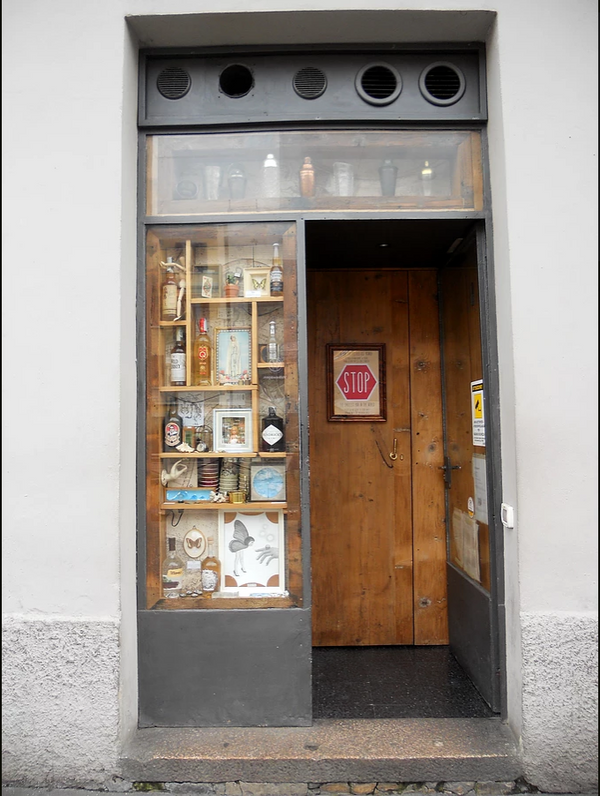 Is This the World's Smallest Bar?