The Nutcracker and the Four Realms

They Shall Not Grow Old

Won’t You Be My Neighbour?

Fantastic Beasts: The Crimes of Grindelwald

The Ballad of Buster Scruggs (Netflix)

The Girl in the Spider’s Web

Anna and the Apocalypse

Looked great and the first hour sets an intriguing story but then its just Cage fighting people.

Considering how much it was hyped as prime Cage madness, it really isnt

Still not seen The Last Jedi.

Anna & the Apocalypse is great fun, recommend it to everyone

Obviously looking forward to Peterloo, Widows, Shoplifters etc but hard to see past Creed II for November film of the month

The Lost Promise, and Puzzling Legacy, of River Phoenix

On the 25th anniversary of his death, the actor, activist, and reluctant heartthrob is an unevenly remembered icon of 90s alternative culture.

So much to look forward to in November, and it’s Cinecity in Brighton too. Shame neither Shirkers or Private Life were included in the film of the month poll, prefer both of them to all else I’ve seen on said list.

I don’t really get Cinecity. It’s all just previews of films on general release in the coming months at hiked up prices no?

Shirkers hasn’t come out in the UK yet as far as I can see.

No worries. Shirkers came to Netflix on the 26th October, highly recommend it.

Just a smaller scale LFF really, so a mix of films on general release in the next few weeks (Favourite, Shoplifters, Sorry to Bother You, Suspiria, Wild Pear Tree etc) and those that aren’t out til 2019/not yet confirmed by distributor (Burning, Birds of Passage, Sunset, Happy As Lazzaro, Capernaum etc). Pretty sure tickets are the same price as usual.

For me it’s just a good opportunity to see things like The Wild Pear Tree in a cinema, as it’s unlikely to get too many screenings come the end of the month.

Both Dukes cinemas programming has been a little disappointing in recent months, and Depot in Lewes has had the sort of title I’d have hoped Dukes would have played previously (Western, Dogman etc).

Didn’t see too many films in October but Mandy was my favorite, pretty much felt like the perfect depiction of someone battling against otherworldly evil.

I haven’t yet visited the Depot - worth a visit?

Q: Why did i wait so long to see Hitchcock’s Rebecca?
A: Because i’m an idiot.

doing a retrospective on Mubi 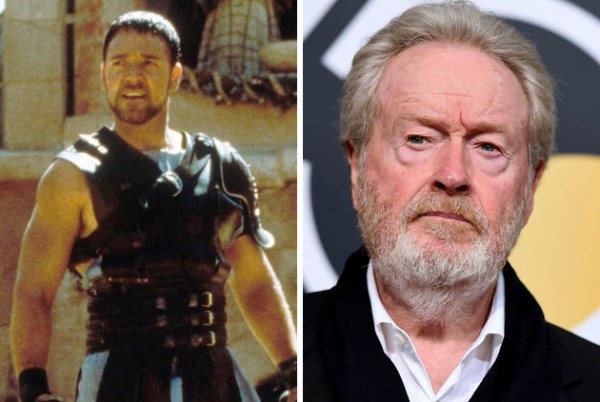 EXCLUSIVE: While he has been eyeing other projects that include a coming of age Merlin movie at Disney, Ridley Scott has begun forward progress on a sequel to Gladiator, the 2000 film which garnere…