Thinly veiled “I’m going to be near a Metro on Friday” brag.

I do love a good Metro/U-Bahn/Underground/light rail system.

Feel the need to mention that I have complained to TfL about the fact that the tube maps on the London Overground trains (at least on the East London Line) are five years out of date.

And do they listen? Do they bollocks.

Show Crossrail as operating do they?

Well that’s part of it. They’re actually still saying that TCR is closed while the Crossrail renovation goes on, which ironically is part of the project that actually got done quite a while back.

Also missing is the rezoning of the stations from North Greenwich to Stratford to zone 2/3 boundary.

Believe it or not I actually am…

I like this thread. Very lucky to have great integrated transport on London. I love mucking about with Citymapper, figuring out the best tube carriage to wait for to be near the exit or have a bit more space. All thanks to TfL open data policy.

I also like what Andy Burnham is trying to do in Greater Manchester, where transport is massively Balkanised. With help from Chris Boardman as it happens.

10 years ago I used to get the train to Liverpool St and cycle to Soho everyday but it just got a bit scary. Makes me feel like a sell out that I don’t do it anymore though.

Also think there is a role for technology in the workplace to reduce the need to commute to work at all. Certainly over the past 15 years I have gone from 5 days in the office to 2-3. Different jobs admittedly, but seems to be a trend, at least in my line of work.

Update: I did not get to go on the Athens Metro when I was there on Friday. Public Transport Can Be Free

Free public transport is not a pipe dream. It exists in over 100 cities across the world - and has transformative impacts.

Nay, MUST be free

I’ll be there on the first train from Wallingford

Reviving this because this video is good and interesting: 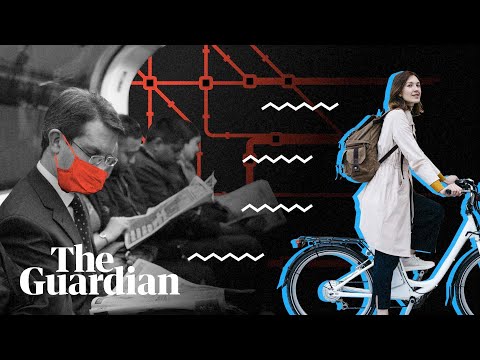 God I miss getting the train regularly

Recent YouTube watching has included loads of anorak vids about the Metrolink. Yesterday I excitedly watched a driver’s eye view of the first ever service on the new Trafford Park line

The trams go just behind our house and I can see those lovely yellow longbois go past from my window as I’m working, they keep me on the straight and narrow.

It’s obviously the minorest of things in the context, but I feel quite sorry for the engineers who got that line done six (6) months early, only to have the entire line barely being used, almost as soon as it opened.

Really want to go on that line when things are bit normal again.