Oasis were actually decent though

nb - I’m talking specifically about their debut album…which at the time, was a revelation. looking back sans rose-tinted glasses it still stands up as a really good album.

listening to morning glory for the first time in years now. cast no shadow sounds completely different to how i remembered it

Cast No Shadow sounds like a Verve b side 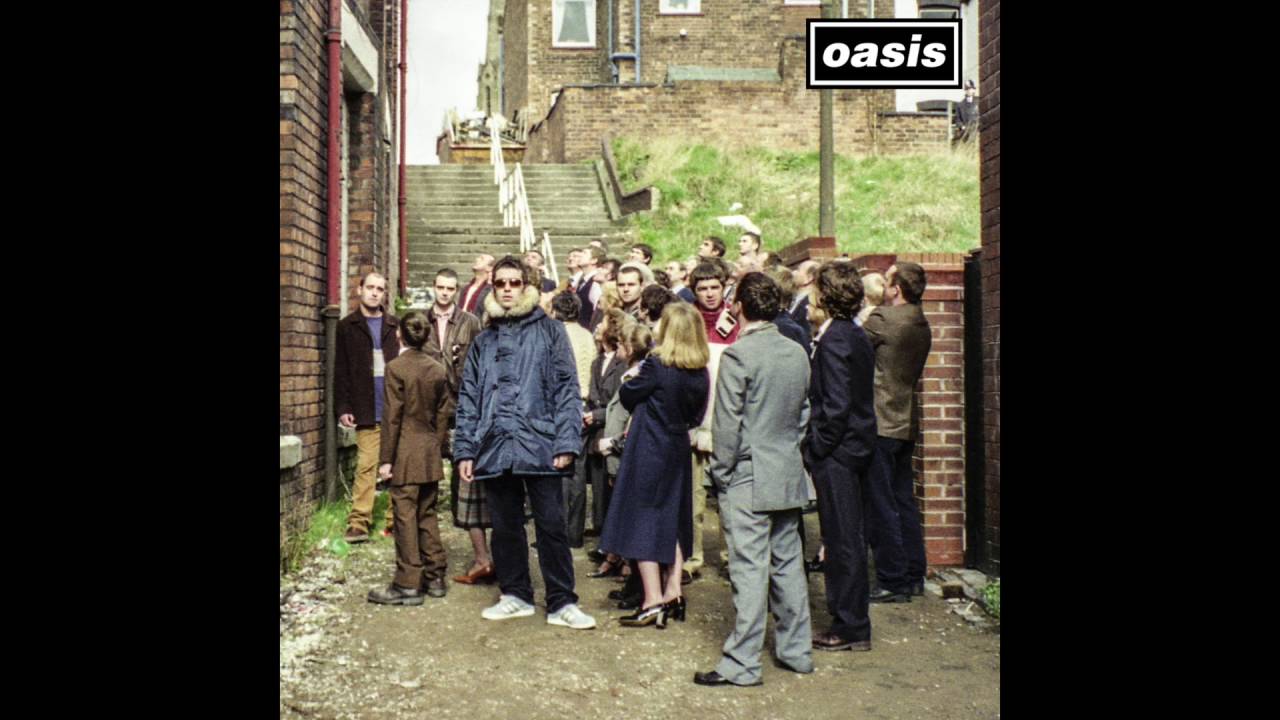 Granted its not a good song,but man. Mixing.

Indeed it’s a largely ignored phenomenon in music. Like Raw Power by the stooges have a fair few mixes in the market all with noticeable differences.

Almost every single version of Major Tom currently available sounds pretty damn different to the original song released in the 60s. Almost all of the Beatles pretty rubber soul catalogue has been remastered to the point of sounding considerably different. In 1s it’s all again differently mixed.

Interestingly Primal Scream released two different mixes of Swastika Eyes on the same album. According to a interview this was done because if how taken a back they were on how different the production and mix sounded on what is the same song.

It can be hard to find original mixes and while most more modern mixes do little more then make the song louder or try to give it a greater dynamic range some are noticeably different remasters.

(I might be completely talking out of my arse here and there might be good reasons for it. But it’s something I have noticed and find strange how little it’s talked about)

Cast No Shadow sounds like a Verve b side

Intentional, though, as it’s about Ashcroft, written when he wasn’t sure what to do next after the Verve split the first time.

Morning Glory has terrible production: too much bass on Roll With It, zero bass on Morning Glory itself, etc.

I like the woozy, shoegazy feel some of the tracks on DM has, and I am a sucker for Wonderwall despite it being hideously overplayed. I loved them when I was first getting into music; they were/are a gateway band for a lot of kids. They and the hip hop I listened to sustained me through a lot of bad times. Although they have nothing in common with what I like now, at the time I probably wouldn’t have discovered Nirvana without Oasis, and consequently Radiohead, Beatles, Tom Waits, MBV, JAMC and so on until I discovered Warp/Aphex/BoC then more esoteric strains of electronic music and pretty much sacked off all but noise rock a few years back.

They aren’t the most important band in my life, and in hindsight l would have taken more risks much, much quicker if I’d listened to more hip-hop and not gotten sidetracked by my brief flirtation with the Oasis-inspired and then-dominant PROPER TUNES orthodoxy of the NME and their pathetic new rock rev phase in the early 00s. Oasis are responsible for a lot of shit music, not just their own but the bands they influenced in sound and outlook, so any consideration of them has to take that into account.

I am a Radiohead geek first and foremost, and they and hip-hop artists such as Nas, Dre, etc have shaped my tastes far more than any other act. But for a working class kid in the north of England, Oasis represented a glimpse of something beyond my immediate surroundings; they lit the touch paper if you will, so I’m eternally grateful to them for that and the music which soundtracked some beautiful moments in my life.

The awful stodginess and white man conservatism of much of their output even in the early years wasn’t something I thought about or even noticed as a 13 year old nerd in 2001, but in hindsight it is obvious and unforgivable how it was embraced by NME etc. They had some good songs, a handful of killers, and two or three stone cold classics, which is more than most bands produce. But they are very much of their time and not something I return to all that much, if ever.

I absolutely hated Oasis when I was a teenager, and couldn’t understand why everyone was so mad for music that I thought was so backwards-looking and dull. I saw them live in 2004 and that just cemented my opinion. Weirdly though, as I’ve got older I like more of their stuff, which has to be nostalgia. Which is ironic.

Yeah whenever I’ve seen footage of them playing live it looks like the most boring thing imaginable. The crowd definitely appear to have made the experience far more enjoyable than the band itself (well, apart from the fans who liked a spot of glassing/robbery).

definitely maybe was a gateway album to the rest of music for me. as in, i literally didn’t give a shit about music before hearing it. there are some great songs on there, especially if you don’t overthink the lyrics.

the rest is mostly shit in retrospect, with occasional moments of ‘hey, that’s actually pretty good’, usually when they drift out of the mid-tempo beatles-chord-stealing mode. i loved the first three as a teenager though. definitely maybe had a punk-rock-as-pub-rock vibe, far preferable to the pub-rock-with-strings of their later stuff - maybe they should have kept the first drummer.

the importance of being idle is really great though.

Yeah whenever I’ve seen footage of them playing live it looks like the most boring thing imaginable. The crowd definitely appear to have made the experience far more enjoyable than the band itself (well, apart from the fans who liked a spot of glassing/robbery).

Saw them once at Maine Road in April '96. They were, indeed, spectacularly uninteresting as a live band (something others told me prior to that). However, the atmosphere at the gig was great so there was that.

I guess if you really love them then it would have been enough. Oasis have always scored well with the sort of people who actively dislike the intellectualisation (and middle-class positioning) of music that Radiohead and (to a lesser extent) Blur tended to embody.

It’s easy to forget just how massive they were and all the genuine ‘they are the new Beatles’ hype surrounding them. I think part of that was just a sort of collective wish to have something right in the mainstream that was also critically acclaimed. They really did sell Adele quantities of records which basically means millions of people who have only a passing interest in music buying the albums.

Was in awe of that first album when I was thirteen, still have the cassette - felt like my music as opposed to (admittedly decent) stuff my parents listened to. Seeing Some Might Say on TOTP was probably the height of my love for them, though was disappointed with MG and ended up selling it after a few weeks - didn’t bother with the rest, familiar with the odd single (agree with the Idle appreciation), really liked a live version of Gas Panic that was on a Q giveaway CD in the early 00s (because I was cool enough to like Oasis and buy Q obviously)

I think they are the worst thing to happen to British alternative/guitar music in recent history purely by virtue of setting the bar just so low.

Before they properly exploded I honestly thought they were some kind of comedy act - from the joke lyrics of Supersonic, to a bizarre reworking of I’d Like to Teach The World To Sing on Shakermaker to the ridiculous sub-Quo of Cigarettes And Alcohol, I genuinely couldn’t understand (still can’t) what people liked about them. Add in the dull plodding mid tempo-ness of all of their songs, the whiney vocals and tinny production and I find their stuff virtually unlistenable. That’s without factoring in the cuntishness of the Gallaghers themselves and the banter/oi of their live following.

Went downhill when Bonehead left and Noel stopped doing coke. Still, they were my “in” band to everything I know and love now and Definitely Maybe is still my favourite record of all time. Some great stuff on the latter records was sadly diluted by Liam’s Lennon rip-offs and Gem’s piss-poor glam rock. Andy Bell also forgot how to write good songs. I think a lot of the hate comes from people who don’t like rowdy Northerners and from people who were bullied by Oasis fans in school.

^This^
Remember at the time thinking Supersonic with the Gin 'n Tonic rhyme was a harmless enough comedy song and being bemused when all the seemingly genuine hyperbole continued.