That price is just for a seat… no package wankery.

How about you dynamically go fuck yourself?

The problem is the price itself you bellends.

I think you’re looking at this from the wrong angle. From the industry’s perspective there is nothing to get a grip of, in fact Ticketmaster are fantastic for them. The bands are the ones that agree to these ticketing practices and take the lions share of the aditional premium, ticketmaster will just take their fee (and potentially a further comission). Ticketmaster are quite happy to be the bad guys, and they are, but it’s your favourite band that decided this practice is fine with them and is benefiting

I guess it’s a loose definition but i mean bands are part of the music industry, so are fans in a way in the sense that if they don’t play by the rules/pay the money ticketmaster (or taylor swift) can’t get away with it

TM have definitely upped their game/made it harder for fans to use anyone else in the past year which i think it why they can get away with it. Notice quote a few gigs i’ve seen recently are either exclusively sold by TM, or the likes of Seetickets have such a small allowance that they sell out immediately leaving the rest in TM’s hands. It definitely feels like the downtime during the pandemic was used to strategise how best to amplify profit/screw over fans.

Until these things stop selling out nothing is going to change. Im just accepting that the odd big gig i do fancy is no longer a viable thing.

We need a mass gig going public refusal to attend anything and then maybe some of the bigger bands will start speaking up. Unfortunately i don’t see that happening or if it does it’ll be half arsed like neil young telling everyone to get off spotify then advertising apple a few days later,

If only everyone had listened to Pearl Jam in the 90s!

The industry won’t act against ticketmaster because TM is a wing of the industry. Artists won’t do anything about it because by and large they don’t care, and why would they – between their management, booking agents and promoters, they’re trying to squeeze the most money out of touring that they can. Each extra few grand means more money between them to take home, or an upgrade to slightly more comfortable transport or accommodation, or an extra crew member, or more studio time or whatever.

It’s nice if bands look at the situation and try not to price out their poorer or younger fans, but the smaller acts are on thin margins at the best of times, and the bigger acts have more people all taking a slice of the pie. While the money keeps coming in from the public things won’t change.

The band and venue see a sell out concert and make their money, and won’t see or care about the thousands of people who had already opted out when they saw the prices.

Even more egregious considering TM are one of the biggest suppliers to scalpers.

John Oliver did a section on ticketmaster earlier in the year 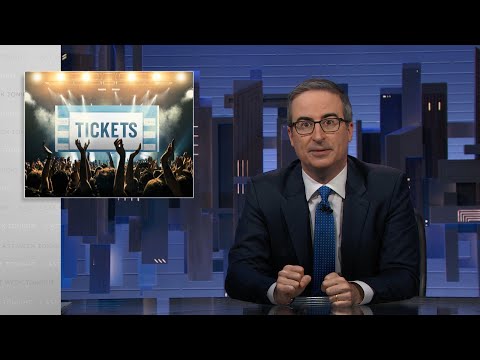 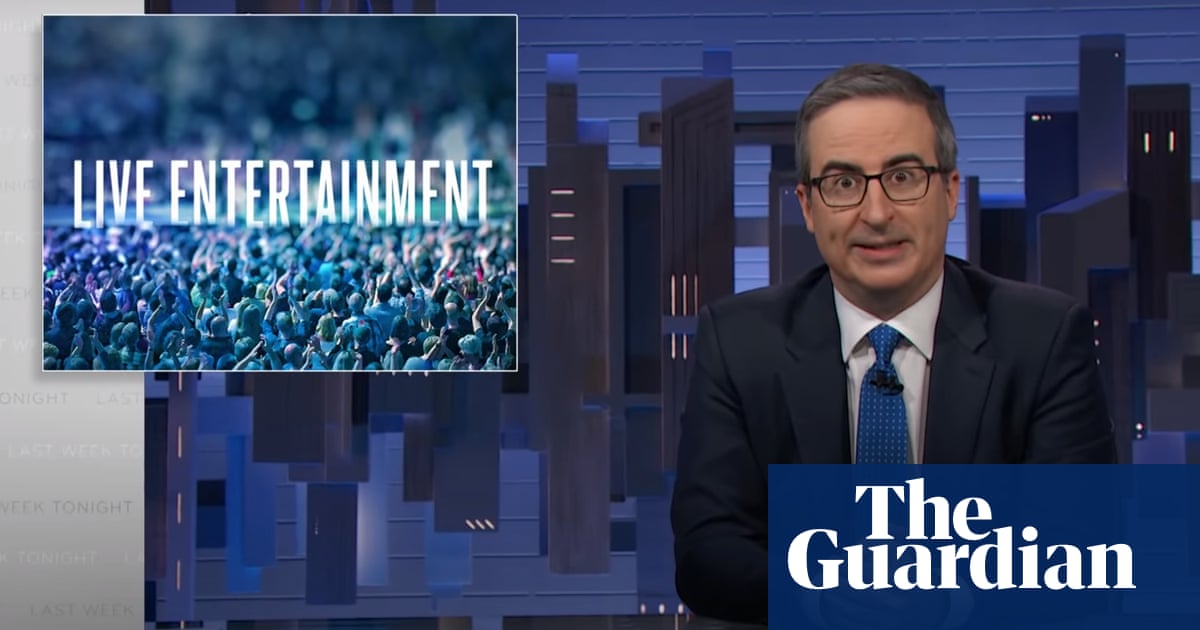 John Oliver rips Ticketmaster and live music costs: ‘One of the most hated...

The Last Week Tonight host explores why live music events cost so much and how ticket-selling companies profit off an opaque pricing and resale system.

Relatively non-fussed about fees - part of me wishes Government would force sellers to just advertise an all-in price so people could compare more easily, it’s ludicrous that there’s basically one industry that tells you what the retailers cut is because it’s completely counterproductive to how we approach things as consumers, but some of the charges he quotes in the US are absolutely wild

The industry won’t act against ticketmaster because TM is a wing of the industry.

As above, I think there’s a tendency to think of the music industry as men in suits but it encompasses varied groups of people, some with wildly different ethical positions than others. I think it’sa bit defeatist to say ‘well why would the industry do something about it, they go hand in hand with Ticketmaster’. Not necessarily, just takes a bit of will, moral backbone and creative thinking from the more morally-guided people.

just takes a bit of will, moral backbone and creative thinking from the more morally-guided people.

Like Pearl Jam. I know they get a knocking on DIS for the most part, but they really did try very hard to break Ticketmaster’s vice-like grip on the industry years ago. Just such a shame they failed.

Horrible thought that ‘dynamic pricing’ is making its way over here from the US. Wretched practice.

However, i am seeing some big shows that you’d usually expect to sell out still on sale. E.g. the Stones and the Eagles at Hyde Park this summer. May be down to cost of living, or Covid, but could mean there’s at least a ceiling to what TM and others can charge and still expect a gig to sell out.

I’d imagine that the ticket companies are banking on making more money if, say, they charge another extortionate amount and sell 75% of the tickets, than if they sell out at a much lower price. And then yes, there might be a cheap sale of the remaining tickets nearer the end.

I can see that definitely makes sense, and may well be a strategy in play. But wouldn’t artists, and perhaps even promoters, start to question it if they start to find themselves playing shows with empty seats (if we’re talking arenas and stadiums)? I feel like the idea of the success of a tour being measured by ‘sold out’ banners on adverts or over the marquee of the venue is deeply ingrained in the industry. Like big artists would maybe be embarassed if they weren’t selling out their venues. That’s a perception I have, anyway.