(info taken from launchingfilm, may not be 100% accurate!)

Rocks has been added to Netflix today btw

Looks like cinema releases are really drying up now. Nothing in the local Picturehouse or Odeon which I haven’t seen or have any interest in. Really don’t know how much longer it’ll be viable to keep them open.

Watching it these days seems amazing this was presumably marketed as a family film (leaving aside all the sex gags, hard to think of many family films this hilariously cynical about the US), no wonder it didn’t do nearly as well as the first film

The Breadwinner wasn’t even bad. I just happened to watch a lot of good films last month and found it a disappointment compared to Song Of The Sea

Aaaand then I saw they added Cure on there! Hooray! Been meaning to watch that for yonks

Cineworld here is showing every Rocky over the next week or so. One each day.

I watched most of them on Prime last year, but tempted to go see I and IV at least…

Watch IV before Stallone gets rid of the robot!

Watched: 13 (2 rewatches - Spider-Verse and Run Lola Run)
Best: To Have and Have Not
Worst: Extracurricular Activities

Didn’t see a single one of those September releases

FILMSPOTTING POLL
What is your favourite courtroom movie?

As I mentioned in the previous thread, The Social Network came out ten years ago today 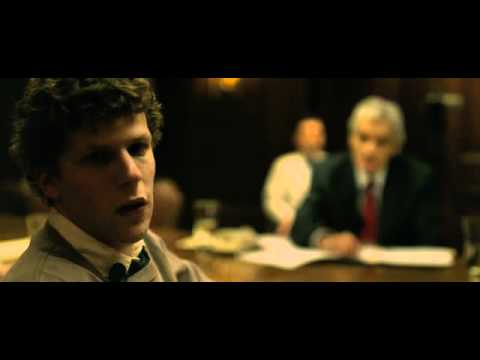 not hugely dissimilar to Koreeda’s work although there is more of a focus on place, community and spirituality

Proxima and Rocks were excellent but the bests were Witness For The Prosecution or Anatomy of a Murder

Also M if that counts