Kind of curious as to which part of the $$$$ strategy banning Novara was. Also really don’t think that any of the big social media platforms are particularly concerned about a government crackdown (possible exception of the Chinese ones) and they’re all so massive that there is no chance of any real ‘exodus’ from any of them.

Bit off topic though, main point is like @ttf says, banning a legitimate news site apropos of absolutely nothing and banning racists after presumably numerous warnings about their conduct are not even comparable, let alone equivalents. Don’t see how the revelation that profit making companies’ primary motivation is to make money for their shareholders really suggests they are tbh

It was only down for 2 hours.

A YouTube spokesperson told the New Statesman : “ Novara Media ’s channel was briefly removed after it was flagged, but upon review, it was then immediately reinstated. We work quickly to review all flagged content, but with millions of hours of video uploaded on YouTube every day, on occasion we make the wrong call.”

I’m not convinced there’s any value in pondering the relative hypocrisy in Novara’s reaction to this. They and other radical left outlets need to exert whatever power they have to maintain and grow their platform. I don’t want to be someone who sat around hand wringing about shareholder priorities and contradictory tweets while alternative media outlets were ground into dust. 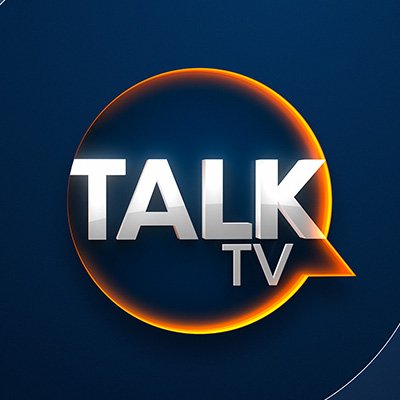 @TalkTV
Mike: "It turns out you can actually grow concrete." Futurist Tom Cheesewright: "Yes, you can grow stone and effectively turn carbon dioxide in to a variety of stone like materials. In the fundamentals of the process, you are correct." @Iromg | #insulatebritain | #ConcreteMike https://t.co/4qiTAydQwL
4 Likes
the_ravens 27 October 2021 09:13 #172

Handing over our lives to the Megacorps News & Politics

Following Novara’s temporary YouTube suspension, the recent Facebook outage and other discussion of how much of our lives are now in the hands of a few large corporations. Thought it would be good to have a specific thread. What powers do they have? What responsibilities do/should they be compelled to have? How can we resist? Go wild.

So, mini sure start gets £300m but building prisons get £3.8bn. Not actually for running the ones we have properly to help prisoners obv.

This alcohol duty reform is going to see them sail through the next election whatever else happens imo, whatever we think of them/Sunak, it’s a very clever thing to have done.

Managed to apparently make the business rates system even more complex, which I would have said was a difficult thing to do.

Oh and the amount of joy taken in the piffling cut to the UC taper was appalling.

Sparkling wine premium is gone, which might be noticeable, but the draught beer duty drop seems to be 3p a pint, which the brewers/pubcos will absolutely absorb themselves - punters will never see it

Just one of those things that makes a nice press story when it’s announced, but no journos ever follow up on to see if anything came of it (cf probably all other Tory promises)

Sparkling wine premium is gone, which might be noticeable, but the draught beer duty drop seems to be 3p a pint, which the brewers/pubcos will absolutely absorb themselves - punters will never see it

Yes I know. I’m not saying they’ve done anything amazing, but

is an understatement. ‘The first chancellor in a lifetime to cut the price of beer’ will be dined out on for years.

Also he’s restructured the duty categories themselves, making it appear much more transparent and easy to understand.

Hard to fully assess without the details but seems from first glance (according to beer people I follow on Twitter) that this will be good news for the larger family brewers and bigger players who predominantly ship in cask or full kegs, bad news for smaller “craft” breweries using key kegs and other smaller units.

will apply to drinks served from draught containers over 40 litres. It will particularly benefit community pubs who do 75% of their trade on draught. Let me tell the House the new rate: draught relief will be cut by 5%.

big brewing with the big win over craft their, the vast majority of craft breweries are set up for 30l kegs.

Yep, the duty cut is on containers over 40L. Means we’ll see a big drop-off in people ordering our 30L kegs and pins, which is all a lot of craft breweries rack into. @pilotbeeruk
Haha, no, it’s definitely a 40 litre keg, not a 30. It’s just a wee bit further away than you think.

Weird that the government can just go round freely announcing policy after being officially put on notice.

Oh sure, not ranting at you funkmaster - just that this particular ‘drop’ is hot air and won’t result in any prices dropping to the person at the bar, it’s just cynical Tory headline manipulation that the media will fall for

Although as I recall (from growing up in a pub) every time the beer duty went up, the brewery snuck in their own price rise at the same time (if duty was 5p a pint, the price would go up 10p). So at least they can’t sneak that in this year (they will anyway)