We know that powerful high status men often operate with more of a sense of entitlement and a sense that everyday activities are not their responsibility.

and Alec Baldwin has absolutely been acting this way since the incident.

suppose the one thing i’d say is that if a female actor had shot and killed someone I like to think that on these boards at least (though not globally, which is your point too) we would react in a roughly identical manner in response.

In that case, our reasoning and the principles we would be applying would have the same gendered implications. It would still potentially be creating expectations for appropriate behaviour that would make it harder to hold men accountable.

You called him Alex tbf

every time I see the word ‘accountable’ or even the phrase ‘held to account’, I imagine it said by Danny Dyer, like that time he went on Question Time or whatever and he was like ‘HE NEEDS TO BE HELD TO ACCAAAAANT FOR IT’. 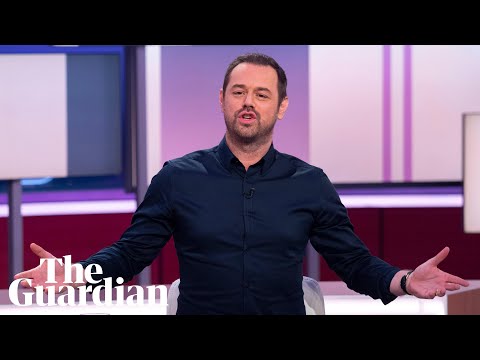 This is such a weird one, isn’t it? Am I oversimplifying things to say that he a) he should never have pointed the gun at her but b) there’s absolutely no way he’d have done it if he’d had even the slightest inclination that it was loaded but c) see a)?

Even after reading the Wiki description of the incident 'm not clear on why they were using a working revolver at the time. It sounds like he was so close to the victim that he wasn’t supposed to be shooting a blank. But I’m uncertain on if the gun was supposed to have been empty, loaded with dummy rounds, or blanks. If it was supposed to be empty I would have expected him to check, and if it was loaded with anything he shouldn’t have been pointing it at people that close to him.

Have read a bit more about it after this thread and the facts seem pretty involved and complicated (with some being disputed), but from what I read, the scene that they were rehearsing when the incident happened required AB to point the gun at the camera, which Halyna Hutchins was behind. AB alleges that he was told that that the gun was cold (had no ammunition in it) prior to the rehearsal, but it seems to be accepted that it was the assistant director that told him this, rather than the armourer. He also claims that he did not pull the trigger and that the gun misfired, but this part is disputed by the FBI’s report. The exact facts surrounding how AB came into possession of the gun prior to the scene all seem to be in dispute as well, with numerous different accounts being presented.

Would suggest reading toodeloo’s posts above re AB’s potential liability as they set out the issues very clearly. It would also seem from what’s been written that numerous complaints about safety standards on the set of the film (which AB was a producer) had already been raised. I’m not familiar enough with AB’s filmography to know whether he’s been in scenes with guns before, but if he has, think it would be reasonable to point out that in addition to his other general duties of care discussed above, given his position and seniority, he should know from experience what the correct procedures should be and whether these were being followed in this case.

It was designated ‘cold’ by the person who handed it to him (who wasn’t the armourer) which in film terms means it should have had no ammo at all, blanks or otherwise.

Thank you. I really appreciate this and will have another read of the posts you’ve highlighted.

Weird tone developing in this thread now. A woman has been killed and her family are trying to get some justice and healing.

Idk, just seems like a horrible tragedy for everyone involved. The original thread title wasn’t appropriate.

I’ve not read up on this much, but my main argument for “actors shouldn’t check guns” is that if someone doesn’t know how to handle a gun, it could be dangerous? tbh I’m sure that’s based on ignorance of the facts on my part, and given the fact that Baldwin was a producer and there were various reports of people fucking around with guns on set, it’s almost certainly something where, given an his status, he was clearly in aposition of elevated authority.

IDK I’ve had a really long training session on dealing with people with PTSD, so I’m probably even less coherent/cogent than usual.

Yeah it was a spur of the moment thing but I didn’t appreciate being chastised for it at the time in that manner. Sometimes forget that people seem to think every thread on here should go through an auditory process though before being posted as though each thread is being broadcast to the nation or something. Cba.

You did just raise it again today though as if the person calling you out for it was wrong to do so. You asked us to recall it.

Yeah, was reminded that it pissed me off

Some people on here fucking live for seeing people called out on stuff as well. Immediately jump on the like button if they see it happen. Gonna take a break anyway, DiS is really annoying me today.