One Britain One Nation Day

Come on guys, lets get the tiny little flags out. See you there!

@educationgovuk
We're encouraging schools across the UK to celebrate One Britain One Nation Day on 25 June, when children can learn about our shared values of tolerance, kindness, pride and respect. #OBONDAY21 @1Britain1Nation For more information: onebritainonenation.com

The fucking state of it!

The song they want kids to sing 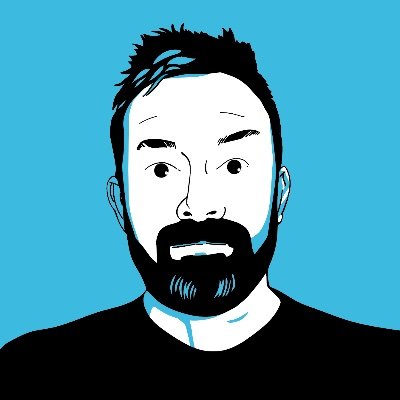 @tomcoates
@educationgovuk @1Britain1Nation I don’t know where to start with this crap! The fact that you claim it’s about those things and you’re encouraging kids to sing this song?! This is nationalistic crap! https://t.co/Q0nSLKMcct
Squandered 23 June 2021 14:30 #3

Fash are gonna lap it up aren’t they

Is this a Nathan For You thing

never mind that scottish schools will already be shut

Is this an actual thing or just a twitter bit to wind people up and invent a culture war?

Not heard anything from our school about it.

Definitely having a sick day for this

been tweeted by the official department for education twitter. Read the thread! Learn the song. Dunno

It’s sort of an actual thing. I can’t find the Twitter thread now, but it was started years ago by some Yorkshire cop who’s mates with some Tory MPs, at the some point he got them to ask a question in parliament about it (“do you think it’s a good idea” or some bollocks) to which Johnson said yes of course, then they pulled the same stunt on Williamson who quickly forced the DoE to issue a tweet about it. At some point there was a parliamentary group about it too but that seems to have disappeared.

So kind of a thing, but not really.

One of them starts here 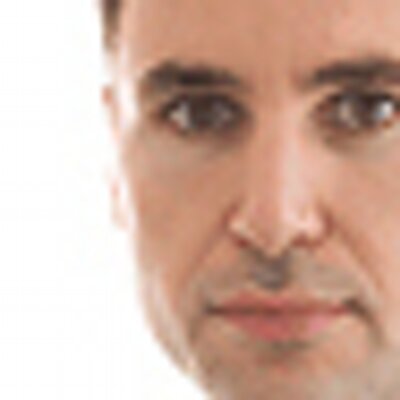 @danbarker
In case you're wondering where 'One Britain One Nation Day' has come from: It's not a government campaign. It's run by a guy called Kash Singh. He trademarked it in 2005, when he was a policeman. It's sprung to attention because the Department for Education tweeted this today. https://t.co/b94cEtDlYe 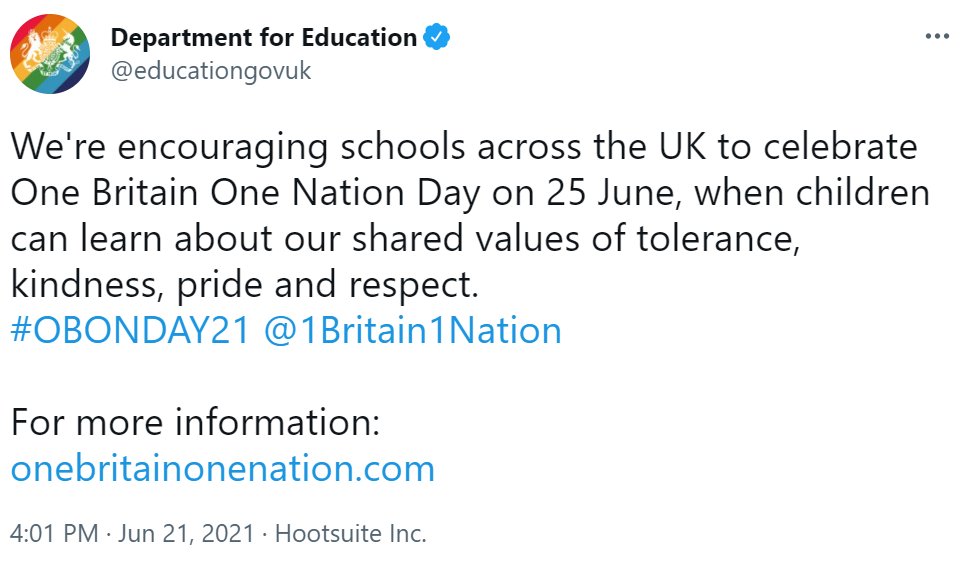 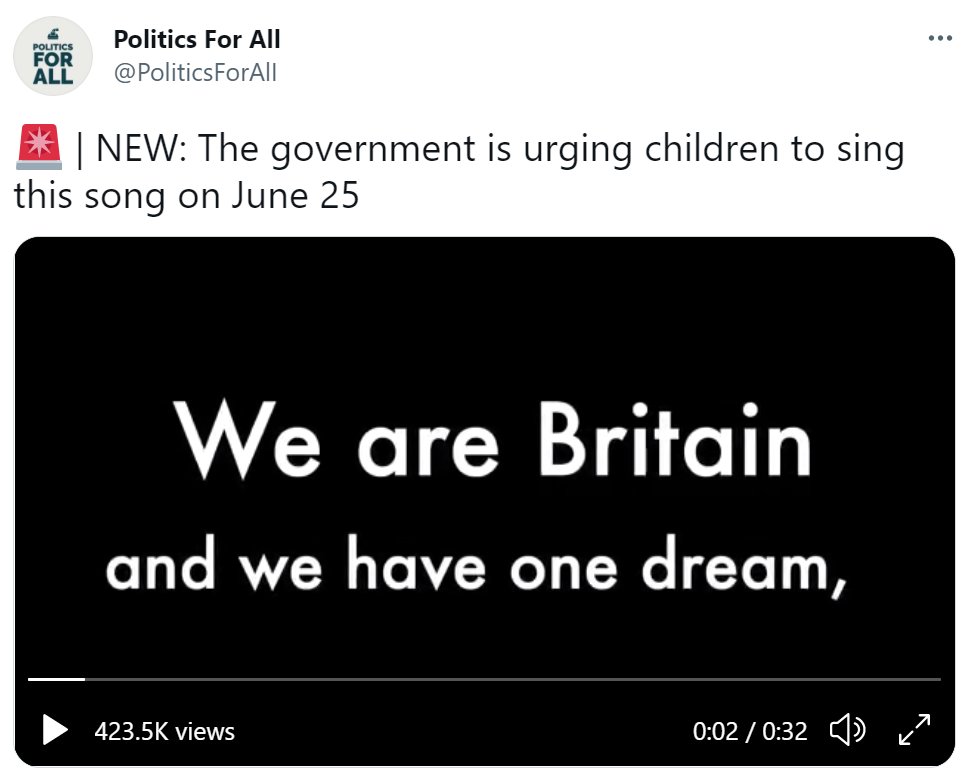 Yeah I’m just wondering are any actual schools going to go through with this? I’m sure some BBC journalists will be phoning up schools and confused headteachers are going to wonder wtf is going on. It’ll turn into a story with a few schools doing it, a few not, and then also the fact it’s against COVID guidelines to have singing at school!

Yeah, that was the one

Our daughters’ nursery usually jumps on any event and hasn’t done so far, so fingers crossed everyone is just like, nah

You’d think the Department of education would know that Britain and the UK aren’t the same thing eh.

Emailed my lads school (infants) to see if the song is due to be sung, expressing that i have serious concerns if it is. It’s been forwarded to the head to respond…hopefully they have nothing planned and so it’ll be a none issue.

If it is to be, gonna have to have a chat with my 7yr old about it as don’t want him feeling excluded from something everyone is doing, but equally, i’d like him to have some kind of 7yr old grasp of my feelings about it? Or am i just getting hung up on something he’ll have forgotten about by the end of the day and being unfair?

Maybe just a sickie and switch day with his pa is in order!

I dunno, it’d just be helpful if they didn’t think of these fucking stupid ideas in the first place.

Knowing vs Caring isn’t it?

‘At it’ for sure.
Especially considering about half the population of NI are Irish.
Never mind that the song negates other nationalities also.

“The real Nazis run your schools”