Cunt’s had his sentence increased. Still too low, but a step (pardon the pun) in the right direction.
Cunt. 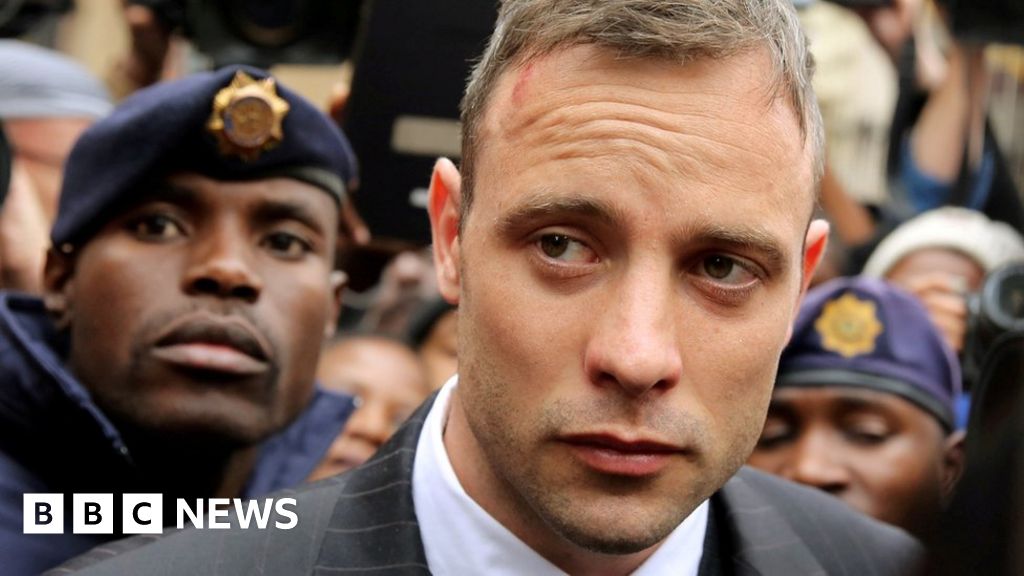 The family of murdered girlfriend Reeva Steenkamp say the ruling means she can now rest in peace.

He’ll be moved out of cushy place now and back to high security prison (as the cushy place only applies to prisoners on low sentences.)

I was wondering just last night what had happened to him.

Did they ever decide that he knew it was her behind the door? Legally I mean, I don’t believe for a second he thought it was a burglar.

I can imagine there are scant few places on earth more hellish than a high security South African prison.

went down a bit of a rabbit hole with this and ending up watching most of the trial. one hell of a legal system they have over there eh?

my favourite part was the prosecutor calling his first witness and the judge having to remind him to make an opening statement, which he clearly hadn’t prepared so just dashed off a quick couple of sentence summary and carried on.

but yeah, 15 years is the minimum isn’t it? imagine that’s all he’ll get.

went down a bit of a rabbit hole with this and ending up watching most of the trial.

How many trials have you done this for now?

i’ve started watching loads but i always get a bit bored and never finish them. but probably 4/5 high profile ones where i’ve watched most of them.

Aye same, watched/listened to most of it at work. The words ‘m’lady’ lost all meaning after an hour.