Nominations to be announced at 13:20 UK time, livestreamed here: 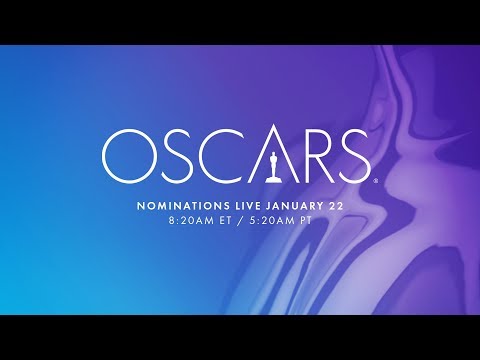 Compared to previous years the majority of frontrunner films have been out in the UK for a while which is a nice change. Would personally give everything to If Beale Street Could Talk, but it seems to be oddly overlooked.

I will be staying up on February 24th, as I do every year, despite it always being utterly tedious. I would like Olivia Colman to win an Oscar

thanks for your time

I would like Game Night to win a special new Oscar for ‘film that is actually really good but realistically it isn’t getting any nominations so we’ll give them this token award to say well done, good film’

Jesse Plemons for Supporting and Rachel McAdams for lead IMhonestO

i think Gosling might get a nod? I liked First Man a lot in fairness but First Reformed seems a bit more like one of those ‘important’ films that people will look back on in years to come and go ‘why didn’t people pay more attention to that film’

I think he should get a nod, it’s as good as he’s been IMO. Seems to be a very misinterpreted performance from what I’ve seen though so I’d be very surprised. (didn’t get round to First Reformed which I’m irked about)

It was a funny film

I dunno man, it’s essentially a remake of Diary of a Country Priest with added sensationalism.

The issue is that his performance in First Man is the apex of his ‘very quite and little emotion’ performances which lots of people absolutely loathe.

I am personally 100% onboard with everything he does

Wish I could see First Man in the cinema again

Yeah, and specifically with this it’s been interpreted as yet another portrayal of a “brilliant and stoic” man as opposed to “this guy was so emotionally repressed he could only express his feelings as far away from other people as any human being has ever been”. I thought it was devastating personally.

Genuinely have no idea how they’re going to fill out the best picture noms this year. Everything in the potential running seems completely underwhelming.