Yeah, this is a great record. Very much enjoying it.

Really gutted at the realisation that we won’t have the chance to hear this live any time soon.

Ooh, you should listen to the other two albums in between then! I prefer them in comparison to Island so far.

The piano bits in Fire-mare - version are fucking amazing

I’ve come late to this album but it is pretty special. First listen passed me by a little but it has got better with each subsequent listen. Agree with comments above - A Bloody Morning and Fire-fare are the standouts. Lovely!

Yeah this is really incredible isn’t it? I love how it’s much less extravagant instrumentally than all his other stuff, but still feels like a massive musical evolution for him and delivers so much of what has made me so obsessed with him for so long. Been waiting for this album forever and it really has delivered.

He’s doing a streamed show via The Blogoteques Instagram on Tuesday at 6pm.

I’ve been going back to this album to keep trying to see if it will click, but unfortunately it doesn’t. A lot of it is just so dreary and doesn’t seem that special to me, despite the love here. I think maybe there are three or so songs that I really like, but I don’t think I’ll be listening to it at all next year/in the future.
Such a shame as I love all of his previous albums. Anyhow, will stop my moaning!

I agree, I find myself willing myself to like it, but a couple of songs aside I don’t find it anywhere near as compelling as Heartland or In Conflict (which are two of my favourite albums ever by literally anybody). I find it sort of just floats along until A Bloody Morning happens really. It’s nice but that’s about it

It’s my favourite of his albums! Leading with A Bloody Morning as the first single was a mistake though, it’s not really representative of how subdued the rest of it is.

Its slowly become my fav - so many nice melodies and a really calming atmosphere. It’s not as easy to pinpoint this albums stengths vs say… Heartland… as it’s way more subtle than that album but cover to cover I find this one by far the most rewarding to listen to.

The Barbican are going to start streaming some new cinema/movie releases, with one of the first ones being the documentary with Owen Pallett recently did the soundtrack for: 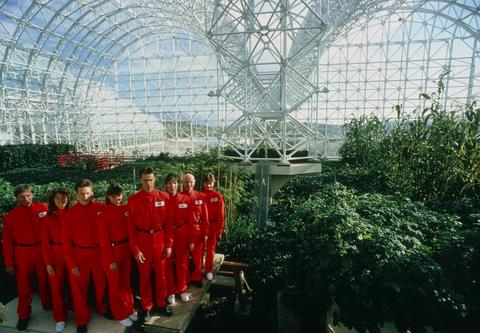 This documentary tells the story of eight people who spent two years quarantined inside a self-engineered replica of Earth’s ecosystem, in the name of science.

From a friend who went to see the Hidden Cameras documentary last night:

It’s been way too long

Bit more info: “Joel said they are both doing solo sets but he said he will probably have “special guests” in London”