I am stuck with one of these people right now

I have a friend like this. He’s an only child and I think he grew up spending a lot of time around adults, and he was taught that it’s polite to constantly make conversational small talk. He can’t bear silence, always asking you questions, tends to take over group chats. I find it quite endearing really.

I have a colleague who talks and talks. I put headphones on and listen to music while working mainly to drown him out. If anyone else in our department is talking about anything he’ll join in. A colleague asked me a question about something that I have more experience of than anyone else here. He still joined in to give us the benefit of his limited knowledge. This may be a different thing from people who can’t stop talking, actually. But still, he’ll take any opportunity to start.

I work with someone like this too and it’s infuriating!
He seems to know about absolutely everything. Even if a conversation is clearly not involving him, you can see him in the corner of your eye desperate to chime in. Because he also does not speak in a conversational group with a man who sits near us due to a falling out, he will still be desperate to get in there and will wait for the conversation with that man to finish and then he’ll start up the same conversation in order to give his opinion about the previous conversation we just had.

think I used to talk a lot when I was younger and I’m very conscious of that now so don’t say a lot at all.

Bit of a shame really

Yeah, it is awful. People that never stop talking and then don’t listen, or immediately move the conversation back to themselves in the nanosecond you say something are obviously even worse. My mum is kind of like that. I can tell her to stfu though so is not so bad as when it is someone you work with.

It gets pretty painful when South American family come over or I go over there. It’s seen as rude if you’re not engaging in conversation, so every waking moment is filled with TALKING.

I’m used to it because my mum is a big talker but I went to Paraguay with the TV a couple of years ago and he had to keep going for lie downs in the bedroom because the endless conversation is so draining.

My dad has learned to deal with it over the years and immediately finds excuses to leave the room whenever a relative is around.

done similar things at my TV’s parent’s house. Will just hide. can’t take the inanity of it

I do this at my own mum’s house. Leaving my wife to sit and talk with my mum until 11pm + while I go and lie upstairs. I know that’s out of order, but I’ve told my wife there’s nothing I can do for her if she continues to make eye contact with her and is too polite to not make some excuse and fuck off to bed. THERE IS NOTHING I CAN DO FOR YOU!!

I have the opposite problem at my in-laws’, we can be sat in the living room not doing anything, 15 minutes can go past without anyone saying anything and I’m internally screaming for someone just to start a conversation. It’s fine if you’re driving somewhere or everyone’s reading but sitting in silence in a cold room is a waste of everyone’s life.

They are really English though, guess it’s just a culture clash.

This guy also finds any excuse to talk about when he used to live in New York and in Florida.

Plus the smug fact that he bought an apartment in New York for $100k back when things were cheaper and sold it for $400k and was able to buy a decent flat in north London when he moved back to England.

And also about the fact that two of his bicycles cost £1000s and he had to buy a cheaper one to commute to work.

Yeah I can’t deal with this. There’s a reason it’s called an “inner” monologue, you fucking lemon.

I recently got stuck near a load of stoopid kids who wouldn’t stop talking on a really long train journey. They were going crazy as there were no sockets for their iPads and sounded like the kids from Outnumbered but even less funny. Just wanted to read but couldn’t concentrate. I’m properly turning into a grumpy old man

I’m comfortable with silence but my mum really isn’t so when this happens at family gatherings, my mum will fill the space with uhms and ahhs and little giggles. Like if we’ve all been laughing about something then the conversations and laughs ends, she then continues to giggle a bit then goes ahhhhh then will giggle a little bit more then go ahhh and we’re all like she is fucking insane and then i say stop filling the space and she’ll go ooh and giggle and then aaahh some more and it can go on for about 20 minutes if I tried.

Reminds me of this: 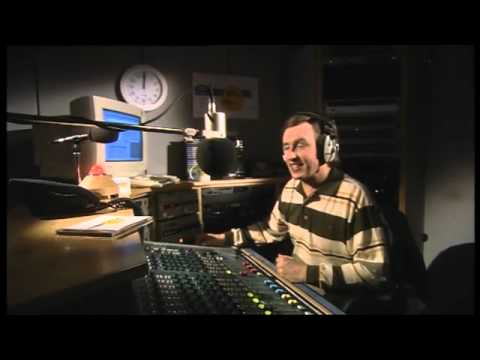 Do you nod politely like you’re super into the stories?