People Who Have Fucked It Thread

always get consumed with thinking about the little details that go into putting together a thing like this. like was it Howard himself that thought up the idea of producing a transphobic protest song against the wokerati, or has he been approached? what were the early meetings like with the producers? what was it like to be on set? how did they come up with the makeup and costumes for the ‘woke’ character and the non-binary/trans person? did no one ever step in and say it wouldn’t be a good idea at any point? was like, the editor also politically motivated or just in it for the cash?

Pages for logged out editors learn more Dominic Frisby (born September 1969) is a British author, comedian and voice actor. He is best known as co-host of television programme Money Pit. Dominic Frisby is the son of the playwright and novelist Terence Frisby, and Christine Doppelt. He was educated at St Paul's School, Manchester University and the Webber Douglas Academy of Dramatic Art, studying Italian and drama.

This guy came up with it apparently Pages for logged out editors learn more "17 Million Fuck Offs", also censored as "17 Million F**k-Offs", is a 2019 British comedy folk song by Dominic Frisby. The song was written to commemorate the approximate number of the 17.4 million people who voted for the United Kingdom to leave the European Union in the 2016 United Kingdom European Union membership referendum. The song was first released on 4 March 2019 then re-released with an updated version in December 2019, where it reach... 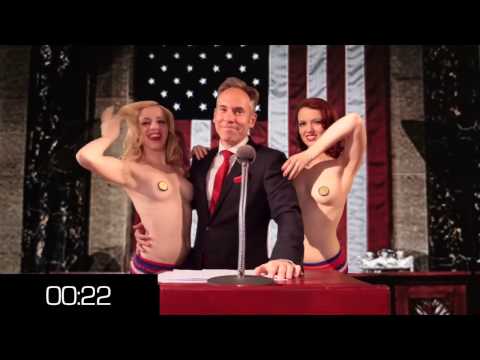 This might be the worst thing I have ever seen