Quite fancy someone I see on the walk from the tube to the office on most mornings, he used to walk with a very pretty woman who I assume was his girlfriend but not seen her in months and sometimes I feel sad for him.

Forgot that we also occasionally get this really hard-looking geezer who glares at people in furious, stony silence whilst listening to music like this really loudly on shitty i-phone headphones so everyone can hear. 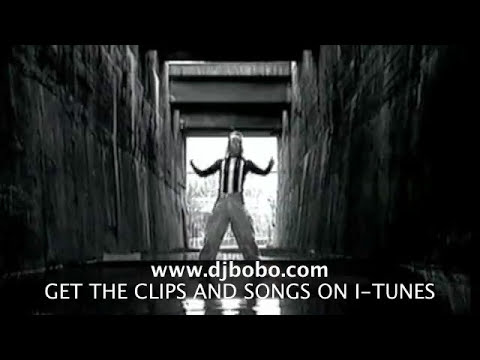 No one. I drive to work always these days, sadly.

There is one lady who I had a recent incident with (she barged her way onto a very full train the doors shut with her hand and huge handbag stuck outside of the train) and I see her almost every day frantically running down the road to the station, with wet hair. I have never seen her walk to the station, only run. GET UP EARLIER. It’s not a one off, it’s every pissing day.

Walk in now but there is one bloke who looks like a bit like a short Stuart McCall who I see all the fucking time like in that Limmy sketch, I’ve told my gf about him and point him out whenever I see him now and I think she’s starting to agree that it’s weird.

There was an asian guy on my old train that fulfilled the same role, used to see him every morning on the train, not that weird. Then started seeing him in Bo’s, again not that weird but odd that our timing was so similar. Then saw him as I came out of the loos at the Roundhouse at a Nas gig, ok getting weird now. Then saw him again several times on different timed trains home to the usual one whilst I was crunching. Really fucking weird.

There was a ‘grey man’ I used to see walking in the opposite direction when I used to drive to work. Short, in his 40s, seemed content with his life in a quiet kind of way. Saw him every day without fail. Then I realised I hadn’t seen him for a couple of months and it made me really sad, as he didn’t seem the type to just change jobs. 6 months later and I started cycling to work and took a different route and there he was, walking to the same job but from a different direction (must’ve moved house). Made me properly happy that he wasn’t t dead and I smile every time I cycle past him now.

Commute at a pretty regular time to get the child to pre-school, so do see some familiar faces on our cycle. Of course I have not spoken to any of them, apart from Phil who works in my department. Good old Phil.

I stood next to man-who-looks-like Alan-Davies from the morning commute at a Teenage Fanclub gig once, we shared an unspoken, awkward, mutual acknowledgement. He was on the same bus home as well, but we ignored each other then, and have continued to ever since.

I get the 7:53 each morning, but am yet to have singled out anyone of note (only been doing it the last couple of weeks and not every day).

I always try and get on last and then just stand by the door though. If I really wanted I suppose I could get in and get a seat, but others might need it more than e, and I’m sat down all day.

Sniffers. A cacophony of fucking sniffers. It drives me mad. Does nobody carry tissues any more?

Been trying to get much better at converting these repeat encounters into exchanges of names and subsequently contact details since moving up to Leeds.

I carry tissues but sometimes I just have to sniff as well or my nose would be red raw from all the tissue action by the end of each day. I got allergies and there’s not a huge amount I can do about it

You’re reminded me of a really mortifying moment a few years ago. I’d not got a tissue on me and I’d got a bit of a sniff on. And a woman in the seat across the aisle said “excuse me” and offered me a tissue! Never again will I go tissueless on the train, UP, never again.

I’ve considered handing them out to the gak queen who gets on at the station after me and sniffs and snorts the whole way.

I hear you, I suffer from chronic sinusitis and I’m limited as to what drugs I can take for it because of breastfeeding, so I have a stuffy nose, which out of nowhere can miraculously unblock and start running like a stream (a joyous, joyous stream)

I put Elizabeth Arden 8 hour cream on the end of my nose and use balsam tissues.

(and the people I’m talking about don’t even attempt to put a tissue near their nose once in a 40 minute train journey.)

It’s a whole world I know very little of.

Might be a cultural thing too. Blow your nose into a tissue in public in Japan, for example, and you’ll be regarded as disgusting.

On my old commute there was a bloke who was an exact replica of Neil Morrisey. The poor guy always looked really self-conscious - like he just knew that half the train was looking at him thinking “Wow, that guy doesn’t half look like Neil Morrisey!”.

Swear an evening standard vendor is following me - used to hawk papers outside London Bridge and then made the move to Waterloo as soon as I started using that station instead.

He’s got Big silly hair and is really enthusiastic