When did you last have one? Why not get one today?

it’s a bit of an animal

like they’ve used bits of an animal to make it

That’s my xbox gamertag because I couldn’t remember the password for my original HBT one. I’m serious.

No idea why it comes in a condom though

Great, aren’t they? Haven’t had one for a good while. Better than most of your fancy arse salamis, etc.

had one a few weeks ago for the first time in a long time. rarely buy them but quite nice yes.

Haven’t had one since at least November 2019

Big fan of the Firestick, not to be confused with the Amazon gadget, although both probably have similar nutritional value.

If you haven’t tried it yet, make some Super Noodles, throw some sliced-up Pepperami in there, and top with strings from a Cheesestring.

it’s a bit of an animal

like they’ve used bits of an animal to make it

And it looks a bit like a horse’s willy.

Surely a horse is a bit more girthy, I reckon a dog is a better comparison.

I actually imagine ET’s erection to be exactly like a full size Pepperami. 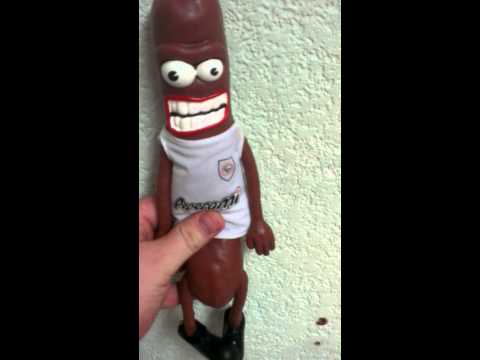 Used to have one of these. He was great.

a firestick and orange lucozade isthe best hangover cure around.

Been having a few of late and results are as follows:

Not had them in a while. Used to get hiccups from the black ones as the big man mentions