Much maligned; I think they’re amazing.
Some amazing albums; Very and Behaviour both masterpieces.
Always interesting visually and great live shows. Their 1991 Performance tour arguably changed the approach of the whole live experience.

Rent
Can You Forgive Her?
Being Boring

Actually is still easily in my top 10 records ever. They’re fucking excellent and still one of the best live acts you can see.
Off to see them in a few weeks actually

I really like Introspective. Got their first five albums and they’re all very good.

No one asked you TKC!

Haha sorry! I can see why people like them and Im surprised I dont cause I by and large enjoy their contemporaries…just never clicked

what have a I don’t to deserve this

is that the scottish remix?

Pet Shop Boys are legends. I hope some of these EDM guys remix them. My favorites are Go West and West End Girls - OH YEAH!

One of the best pop bands ever. As in, literally one of the top five pop bands there has ever been.

Favourite tracks: Heart, Rent, You Are Always On My Mind, about 20 others…

One of the first bands I ever got into. I think ‘Very’ was the point I lost interest though, and it’s never really been rekindled since.

Also: Discography is surely one of the best Greatest Hits albums ever? Absolutely crammed with amazing songs.

Love PSB. They are often and unfairly maligned, but I think they are wonderful.
Their big medley from the Brit Awards was great too. 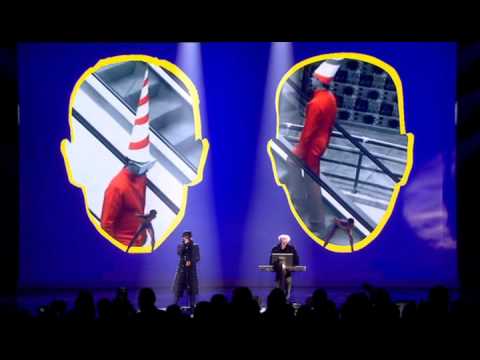 The only time I’ve seen them was Glastonbury 2000, but I was far more concerned with Bowie up next, so don’t think I gave them full love at the time.

And Go West is a flat out banger.

That was my first Glastonbury and that Pet Shop Boys set was one of the best things I’ve ever ever seen.

It was my first too!
Wow is that right?! I could have sworn it was a killer one two of PSB and Bowie on the Sunday. It was nearly 17 years ago I guess and my memory sure isn;t what it used to be, ha.
Was an awesome weekend, I can remember that much!

It was a killer one-two of Embrace and David Bowie on the Sunday. Embrace were Embrace, and then I accidentally drank a load of rum and I have no recollection of David bowie. Top weekend

Currently exploring them. Probably my favourite band at the moment but I’m still a n00b to them.

Only properly heard Behaviour (which is ace, liked it on first listen) and Introspective (also ace).

I’ve heard bits of Please. I’m a little bit put off by the album version of Suburbia. I’m more used to the single version.

What Have I Done to Deserve This and The End of the World are my favourite tracks atm.

Seems PSB will get the NME God-like thing this year and will be doing a 30min performance at the award ceremony.

Not many records better than Paninaro.