Great to see Britain’s most loved comedian back, isn’t it?

Looked like he was having a rough time, the lad.

Appreciate some of you would rather watch Daniel Kitson remembering things.

Half interested in getting tickets, but i expect they’ll be close to a hundred quid, I’ll just wait until it’s streaming somewhere.

Kay said he wanted tickets to the show to be affordable. “I said we’re doing this tour, and literally two weeks after all gas prices have gone up and everything else, and petrol. I’ve thought God you’ve got to do something. So I said: ‘Why don’t we do them at the same price, starting from £35. You’ve gotta meet people half way. It’s bad times. That’s why people need a laugh.”

not sure how true this is, that “starting from” is probably doing a lot of work, but fair play if so

My missus is a big fan, so I thought I’d look into getting tickets. He’s too big to play the likes of Brighton, obviously, and there’s been no London date announced - which some people are suggesting it’s because he’s Northern and has something against London (my guess is that his people are still working with the people at a big London venue to get things ironed out, or maybe giving the other dates a chance to sell before it gets announced) 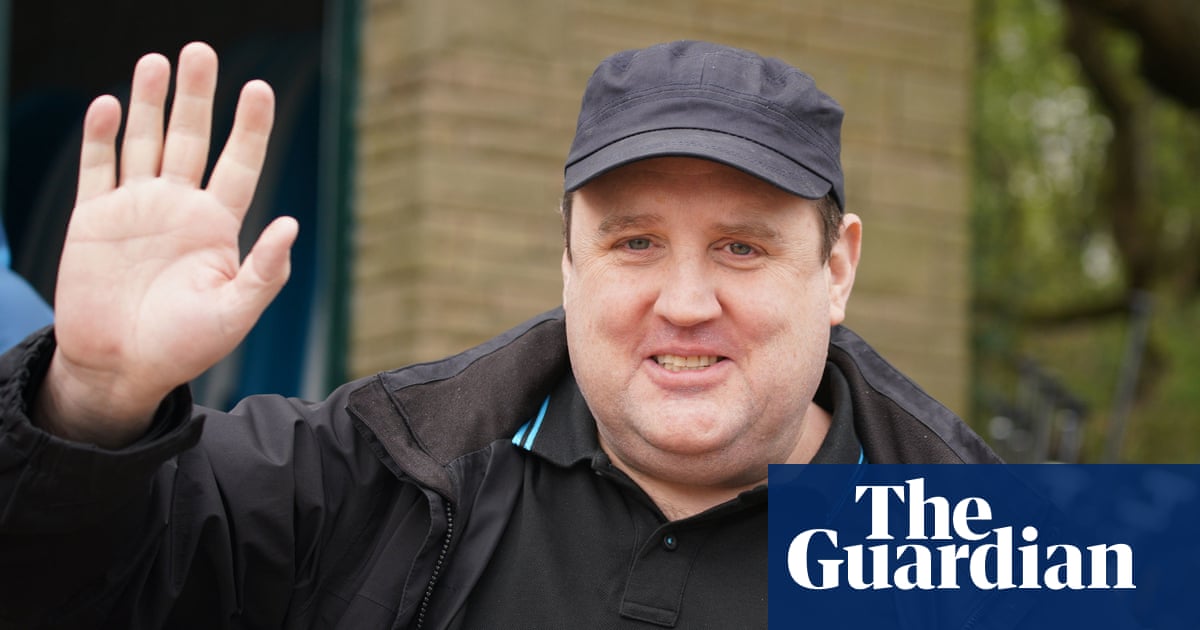 Looked like he was having a rough time, the lad

Yeah has he ever said why he took a long break? If he was playing anywhere remotely do-able for me I’d go. Very funny man imo.

Peter Kay is coming to London! Buy tickets for Peter Kay at The O2 from Ticketmaster UK

No he hasn’t but there have been rumours round Bolton for the reason.

He cancelled the 2018 gigs really quickly

I don’t think he did, always assumed there was some family emergency, didn’t he basically cancel a tour or something.

I saw him once at MEN, was a pretty solid show though it didn’t feel super fresh after seeing some of his other shows.

He looked quite poorly on some of his early comeback appearances. Probably best not so speculate beyond that. Fair play to someone who can achieve that level of fame and remain private, imho. I’m sure he’ll talk about it when he’s ready, and if he doesn’t, so be it.

Until ticketmaster do their dynamic pricing scam.

I like Peter Kay though. “Funny to his bones” that’s something you could say about him if you wanted to. Remember him being a guest on the Radio 1 breakfast show about 10 years ago and pitching an album of swing versions of hymns, often get the snatch of Make Me a Channel of Your Peace that he sang in my head. Surprised Jason Manford hasn’t nicked the idea tbh

Watched it during the summer and That Peter Kay Thing. It’s aged surprisingly well compared to most. There wasn’t anything particularly

(probably the black bin bag song thinking about it) in Phoenix Nights and most of That Peter Kay Thing, apart from The Ice Man Cometh which is a bit .

Watched a couple the other month, it wasn’t dodgy but it was also a lot leas funny then J remembered

Its on Dailymotion but thats it i think, unless its on Britbox

The “walking to the dance floor dance” stand up was hilarious (not Top Of The Tower, the one after that). Top Of The Tower was alright, third one was okay, think he peaked with that second one though.

Not watched Phoenix Nights properly but never liked the bits I saw, just makes me think of Brian Potter saying “not now dick’ead!” all the time and other things that sound like Sophie and Pete off Gogglebox. Could’ve been good if the writers were Fitzmaurice, Spikey and maybe Craig Cash when he was good.