Interesting, I’d not heard of that before.

A quick google suggests that ‘repent’ is maybe a bit strong (the lengthy answers to this and this) but if you have any better links or references I’d love to read them.

Yes, when I say later in life I mean literally his last year - some of the last letters he ever wrote, mentioned here (from the Lovecraft wiki, which is a thing):

I read the extracts in a twitter thread I can’t get at anymore a while back, and they seemed pretty compelling. Ultimately it is a footnote; I’d never question his work is inflected by racism that’s overt even for his time. I just thought I’d mention it because I feel somewhat sorry for the guy and the cage of fear and suffering he lived in for most of his life.

Bit of a jag but me and some pals are starting a Coriolis RPG stream on Twitch at 8pm if anyone is interested.

For those who’re not familiar it’s like Firefly but swap out the Western bit for Arabian Nights. Should be some good fun. It’ll also be uploaded to YouTube in a few days if you’re not around at 8pm BST.

Any fans of Starfleet here (not the Trekkie version)?

Just finished More Than Human by Theodore Sturgeon, as it was another SF Masterworks book that looked good. It was written back in 1953, but luckily didn’t feel too dated (maybe because the ‘sci’ bit wasn’t too scientific, mind reading/teleporting type stuff). I really quite enjoyed it.

Before that was Jeff Noon’s Pollen, which is the second book in his Vurt series. I’d read the first one years ago, and only just got around to this one. I was loving the first half, although it dropped away a bit at the end, so it put me off from diving into the next books straight away. Very weird kind of alternative Manchester, where feathers are a kind of drug/payment system/reality altering kind of thing.

And before that was Make Room! Make Room! By Harry Harrison. I’ve read some of his previous books (he seemed to churn them out back in the 50s and 60s or whenever he wrote), and they were quite good fun. This was imagining a super populated New York at the end of the century, with 35 million people living there, and following a few characters around. It started off good, but then dropped off quite a bit. I’ve since seen that it’s one of the updated penguin classic sci fi books, but I’m not too sure why they picked it really.

Had to look that up to remember that it was the basis for Soylent Green (which is also part of why they’ll have picked it as a classic I guess).

Asimov’s The Caves of Steel is another sci-fi set against a huge population problem. Good book. 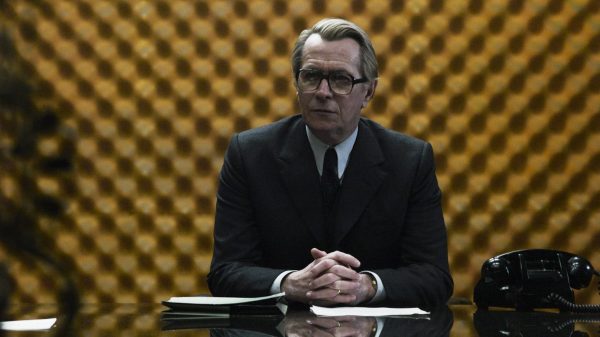 Asimov’s The Caves of Steel is another sci-fi set against a huge population problem. Good book.

I’m not sure if I’ve read any Asimov books. Or if I have, then it would probably just be one or so.

There was a Robert Silverberg book which I read a couple of years ago, which I think had a similar big population storyline, bit all in giant towerblocks.

Actually, I think Silverberg might be up there as one of my most read sci fi authors, as he was someone else who just wrote oodles of the things way back when, and I just zoomed through them as a teenager picking them up in the sci fi section of my libraries. They can be a bit hit and miss, but mostly shortish and easy to read. I still pick up some of his books as cheap second hand copies, and have just bought some fantasy trilogy series of his (Lord Valentine’s Castle, or something like that?), which I’ll give a go soon, and hope that it’s good!

I’m not sure if I’ve read any Asimov books. Or if I have, then it would probably just be one or so.

I really got into his stuff when I first dipped in which was in my 20s I think? For some reason I had it in my head he’d be this very dry sort of sci-fi author but instead it’s really fast-paced stuff. The Caves of Steel is a sort of noir-style murder mystery.

I have the DVD of this, used to love it on Sunday mornings. Stands up surprisingly well I reckon.

Fun sci-fi fact: the voice for John Lee in this was Mark Rolston, aka Private Drake in Aliens.

That I did not know - I also have the DVD and having worked through most of Ulysses 31, will be getting them onto this next! Love big Dai-X!

Still get a bit of a chill when I hear the theme start up, probably the number one nostalgia-inducer for me. Went through a brief phase of suddenly blaring out “Always daring and courageous!” round the house a few years ago. Might bring it back.

The X-Bomber routinely gets left out of “Top spaceship” nerd lists, totally unjustly in my view as it is enormously cool.

I adored Asimov when I was younger. Started with the Robot stories, then Foundation - the trilogy that kept on going. A lot of his work has that sense of mystery, like where is Earth etc. I reread some recently, and there are no characterisations really, they are there to service the plot, but some great ideas.

Some later books, can’t remember which where he kind of linked his universes. Can’t say too much without spoilers. But it was like an ‘aaah’ moment.

Ah yes, of course, he’s the three robot laws type person isn’t he? Just checking now, I’ve read The Bicentennial Man and The Gods Themselves. I liked both of those.

Yep. That’s the one.

Haven’t read any Iain M Banks before so got Consider Phlebas for cheap. I’m not very far in but the contrast between it and all the other sci-fi and fantasy I’ve been reading recently (I think exclusively written by women) is really jarring - might as well be James Bond if he was a shapeshifter.

Does it continue in this vein? I’d rather read something else if it does tbh.

It’s his first sci fi book and is clunky. But it is a fun 80’s space opera.
The player of games is where he comes into his own.