Ok, I’ve bought 7 more books of The Expanse!
No discount available for the latest book, so hopefully it will get cheaper by the time I get that far (/if I get that far).

Good shout, thanks. Never occurred to me to do this! "Following " someone dead also feels very odd but, whatever, have given this a go. Really want to go through UKLG’s stuff now systematically. Really enjoying “City of Illusion” but I’m just reading it randomly, want to do them all in order.

The George Harrison FB recently took time to remember the anniversary of the passing of Tom Petty.

The Hainish book collection is quite nice to have, and good if you want to read them in order, along with introductions for each of the stories by Ursula.

I think I have about 5 Ursula books left to read - 4 of which I own. although maybe there are some other odd bits and bobs out there still. I kind of like still having some unread books by her!

I finished my Dune re-read although it had been probably 32 years so I didn’t remember anything really.

First up, I think the recent Dune movie was a really great attempt to recreate that first part of the book. It skims on the politics for sure but actually reading Dune I think a lot of the politics are fairly unrealised and, moreover, there isn’t much you can make sense of in that first part of the book. So what the film gives us is actually all we need. The ‘Guild’ doesn’t appear but, again, we don’t get much sense of why it has power in the book until the latter half.

Also the casting seemed great. Chalamet really does match the way Paul is portrayed in the book.

In the end I gave it 4 stars on Goodreads. 3.5 might have been more accurate. When it was good I really enjoyed it, he has some good vision for combat and the like, there are great bits of lore for the planet and ideas. There are also some bad bits, particularly the fatphobia but also I think Herbert probably had some pretty ‘traditional’ views of men and women and there are a bunch of tropes here as a result.

But it also gets horribly bogged down in the mystical stuff. Whole sections around Paul and Jessica where visions or similar are at play and it just pulls the momentum out of the book. He also has a strange writing style: for all the good ways in which he tackles the action, his habit of giving us the thoughts of each character in an encounter not only drags the pace, it robs a lot of scenes of any kind of mystery, and at other times it’s clear this is a shortcut for him to try to speed things along but it becomes a bit chaotic and doesn’t really work for me.

This might be about modern writing styles where it’s common to very much sit with a single character’s POV for a chapter/section and then get another character’s viewpoint later to expand your understanding.

I think the biggest failing is that Paul and Jessica are not really being wildly sympathetic characters, which is a problem when they’re ostensibly the heroes of the tale. There’s also a sort of question mark over all the politics in the book which comes down to probably having to accept that the Bene Gesserit made everything happen, which is a removal of all agency of the characters until maybe the very final chapters. Obviously ‘fate’ is something Herbert feels keenly about here but even the setup feels thin. The houses squabble but the Emperor is truly a shit strategist if he’s giving the Harkonnens so much power by letting them have Dune for so long. And the notion that they would have stockpiled Spice while others might have come late to the realisation of its importance is likewise quite iffy. It only really makes sense when you allow for those evil manipulative women trope to have set everything in motion.

Anyway overall, a decent book. The ending feels incredibly rushed though. Not sure if he always wanted to do more books or it was just how he wanted to finish it.

Have finished Leviathan Wakes now. I was loving the first half, but I just wasn’t as gripped with the second half, even as (or because?) the plot developed further. Plus I’m not sure how much I liked the two main characters at times.
It was still a good read though, and I was always keen to return to the book to continue with it. I might read something different before continuing with book 2 maybe.

You get new character viewpoints in the next book and no one is really like Miller, FWIW.

He was designed as a D&D paladin. The idea being that the character will always chose the “right thing” no matter the consequences. But yea, it does make him a bit dull.

I also think it’s a trope that your hero is kind of boring. Like Skywalker isn’t truly interesting until

This is an urgent message from James Holden of the Rocinante. I need you to hear my sick beats. 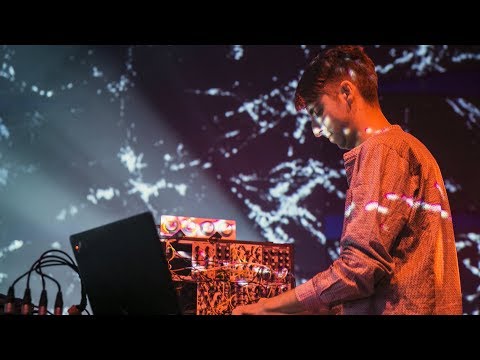 He was designed as a D&D paladin. The idea being that the character will always chose the “right thing” no matter the consequences. But yea, it does make him a bit dull.

From just the TV show, I had him down as a Don Quixote “chivalrous parody”, but it may just be down to reading too much into the name of the ship.

all this Expanse chat is making me miss Amos

wonder if he’s been in anything else since

wtf he was in tenet

I think he has a podcast named after his iconic S3 “I am that guy” line.

But yes, do not recall him in Tenet

Just got back from Adrian Tchaikovsky author talk/ book signing in Canterbury Waterstones. Seems like an absolute top lad and spoke really well about sci fi and the need to create empathy for the other. Any other fans of spacefaring giant spiders out there? about to start this massive bastard!

Yup. That first book really freaked me out. loved it though.

Yup. Anyone read the new one yet?