It goes nuts, but it always stays grounded.
The end of book 1 goes pretty wild.

Started reading Red Rising based on recommendations on here and I’m 100 odd pages in but I’m really enjoying it, I don’t normally read much straight up future sci-fi. Def wouldn’t call it YA* based on the writing style and content.

*I don’t really understand what people mean by YA tbh, to me it would be something like Harry Potter. The couple of books I read that I would call YA would be because the writing and story was generally a bit simpler and straight forward, it’s kind of hard to pin down.

The final couple of Harry Potter books might be termed YA but really YA is supposed to cover later teens as I understand it, stuff you wouldn’t likely read to your 8 year old, say. Harry Potter is obviously a bit murky because she wrote them more complicated and more violent as she went on, but on the other hand there is more or less no reference to sex or even much in the way of romance. Whereas I feel like YA mostly strongly acknowledges the post-puberty state of adolescence.

I guess my assumption would be YA is a marketing term aimed at early teens (as late teens would have moved on to more ‘adult’ books) in terms of content and writing. But is it more 'has teenage characters and deals with young adult themes such as growing up/identity etc).

I watched the Half Bad series on Netfilx and saw that the books it was based on were called YA but content wise with the violence and relationship themes (mainly the violence) I wouldn’t have put it as aimed at early/mid teens unless them massively made it more mature for TV.

I think the point about YA is that it is also adult literature, just as Adult literature can be enjoyed by kids. The point of YA is that it focuses more strongly on issues/experiences that will be easily relatable for readers who are mature enough to understand concepts like things not necessarily being purely good or evil (I know my 9 year old daughter still struggles a bit with the notion of grey area stuff) but maybe don’t have a larger life experience to really appreciate other things?

I keep reading Red Rising as Red Riding, and wondering why teens want to read a harrowing story about police corruption and abuse in Yorkshire

Yeah, happens to me every time.

Interesting, I think I was assuming it was more a ‘reading age/maturity guide’ as opposed to themes explored. I won’t let it put me off as much then!

Anyway Red Rising is really good and thanks to whoever was recommending it.

I think the maturity and reading age are sort of implicit in the themes, TBH.

But I also think it’s one of those very woolly categories. I would say a chief aspect is also the pace of the book. Most of these kinds of books tend to just belt along, something I know I did appreciate in a book when I was in my teens.

There are probably loads of books I grew up reading that would now be prominently classed as YA but back then it wasn’t a specific genre the public knew about. 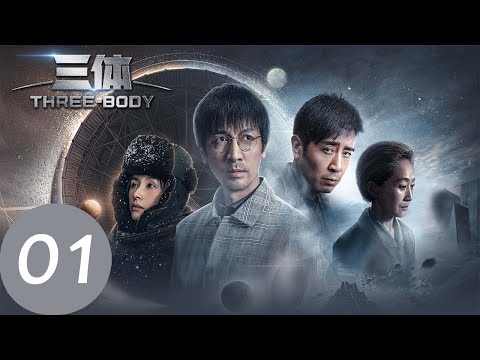 It is basically a marketing term, as are all genre classifications really (especially literary). So, at its most basic means it is for Young Adults, which in general terms means it will often deal with teenage issues and have teenage protagonists. However, it does also impact structure, style, content, and tone. YA books are often more simplified and direct (e.g. first person is used more often).

From what I remember about Red Rising, is that it is has YA hallmarks, but is not a full YA book and I don’t think was really written specifically as YA. I think it was originally self-published, so there wouldn’t have been any guidance from a publisher/agent.

Harry Potter are basically Middle Grade for books 1 & 2, crossover for 3, and YA for 4-7. It may not have sex but 4-7 do at least start addressing romantic relationships and obviously are notably darker in nature.

However, it does also impact structure, style, content, and tone. YA books are often more simplified and direct (e.g. first person is used more often).

See that’s what I thought it meant. With Red Rising I’d def say with the violence and general tone (I mean in the first few paragraphs the protagonist talks about the grimness of having to piss into his containment suit) I’d say it’s more for a ‘mature’ audience (although that itself is of course very nebulas).

Yep, that is one of the reasons why it is not fully YA, and I think it is more YA due to the style of the author, rather than necessary a specific intention.

Violence though often gets a bye (can change when it gets into proper gore/horror).

Violence though often gets a bye (can change when it gets into proper gore/horror).

Sam as films, TBF. You can get through a LOT of violence in a 12A if you don’t actually show any (red) blood, so far as I can tell.

One of my favourite books of all time is The Universe vs. Alex Woods. I recommended it to 2 book clubs I am in (they both enjoyed it) but I didn’t know it was YA until I read some reviews.

As people have hinted at above, the protagonist is a teen, and it’s about growing up, and general life themes…so fits that way. Nothing really ‘juvenile’ about it (I can’t think of a better word), as it tackles some weighty things.

If you are interested in reading it, I would avoid reading too much about, or reviews…as the plot turns are part of the experience. The shift in tone is one of the things I really like about it.

I think it’s more that people project some idea onto YA literature TBH.

I think it’s also tied to a lot of societal stuff about what is ‘juvenile’. E.g. the notion that films based on comics are ‘for kids’ and ideas about machismo.

So I think there’s a perception with the name that these are books that aren’t weighty on some level but really they tend to be but, as I say, they tend to be faster, more direct reads too such that usually there isn’t really anything in them that isn’t moving the story along or moving a relationship between characters along.

is this how it’s being officially released internationally?! wild

got a couple of hundred pages left of Death’s End, might try and finish it this evening. easily one of my favourite series of books ever.

Yep, I completely loved The Universe vs. Alex Woods too. Great book.

Yeah. I think the best testament to some of their content being adult in many ways is the fact I had simply no idea it could be considered a YA book until I read that it was possibly classed as one.