Very sad to hear this. His career took place before I was born, but we had VHS’s of the Welsh golden era and the classic New Zealand-Barbarians match from 1973 which I used to watch all the time. I feel like he epitomised everything that can be good about rugby. What a sidestep! 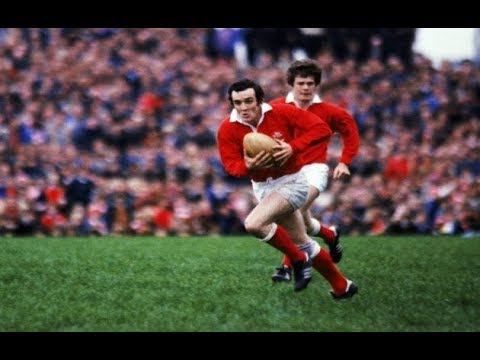 I remember going to a Mobbs Memorial match at Northampton in the Seventies. It was pissing down with rain so much that in the mud you couldn’t tell one team from another. Bennett scored a try for the Barbarians in which he seemed to beat every player on the pitch at least twice. He was so covered in mud that you could only tell him by that stocky silhouette. A vivid childhood memory.

the classic New Zealand-Barbarians match from 1973

Must of watched this about 50 times. Can still quote sections of Clive Morgan’s commentary!

I feel like he epitomised everything that can be good about rugby.

So much this. Hate to sound like one of those ‘back in my day’ blowhards, but would take watching Phil Bennett on his worst day over 30 blokes smashing into each other for 80 minutes every single time