Obviously critics should be free to use the cultural references they’re aware of. But still, using American football comparisons in a Mogwai review feels a bit obtuse:

As they’ve aged into elder statesmen of post-rock—two terms they would undoubtedly hate—they’ve become like a football team running the Air Raid offense: They only call a handful of plays, but when they run them well, they’re basically impossible to stop.

Saying that American Football and Mogwai have a history… 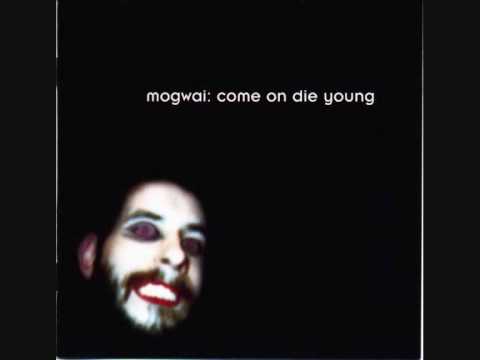 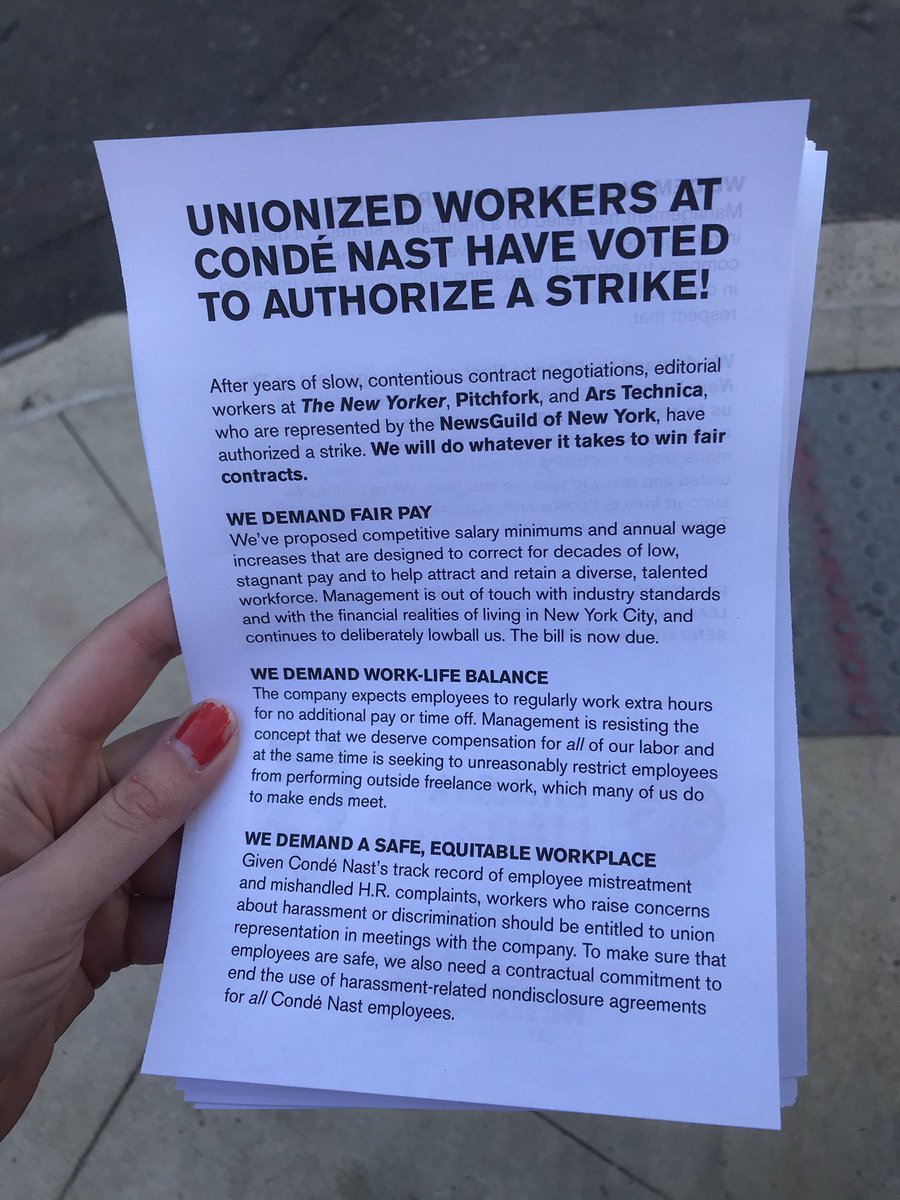 As someone who reads Pitchfork and listens to Reply All from thousands of miles away, you have it in your mind that these are “cool” institutions that you’d chew your arm off to work for. And then you wake up and realise that so many places are just the same as each other.

I suspect Conde Nast will give Pitchfork as we know it the chop sooner or later and streamline it into a news site. Its influence has waned massively over the past few years, they’ve very obviously dropped the number of reviews commissioned, loads of staff grumbles, doubt it’s pulling in much advertising.

It is still the website I complain the most about, but still visit every day. :-/

I’ve started going back to it over the last year but it’s pretty rare that I’ll click on one of the reviews.

Yeah - I’m spite of everything I still get loads of my music news and reviews from there.

I do see it vanishing or getting vastly streamlined in the not too distant future, and it’s a shame because I can’t imagine anything coming along to replace it.

Which is ridiculous, since it seemed fairly successful at what it did before, just clearly isn’t scalable to the extent they want

The Xiu Xiu review today is a good one. In the most part really nails where they are as a band, good read.

And then you get a totally superfluous news story about how Justin Bieber is #1 in the charts.

Wasn’t there talk of it going behind a paywall?

Did Conde really buy it with that in mind and only then figure out that wasn’t viable so are now looking to ditch? Seems utterly incompetent.

Stereogum have recently become independent again and is actually getting better, although they could do with more new artist stuff which I suppose is difficult during a pandemic, maybe it’ll happen with Pitchfork as well. 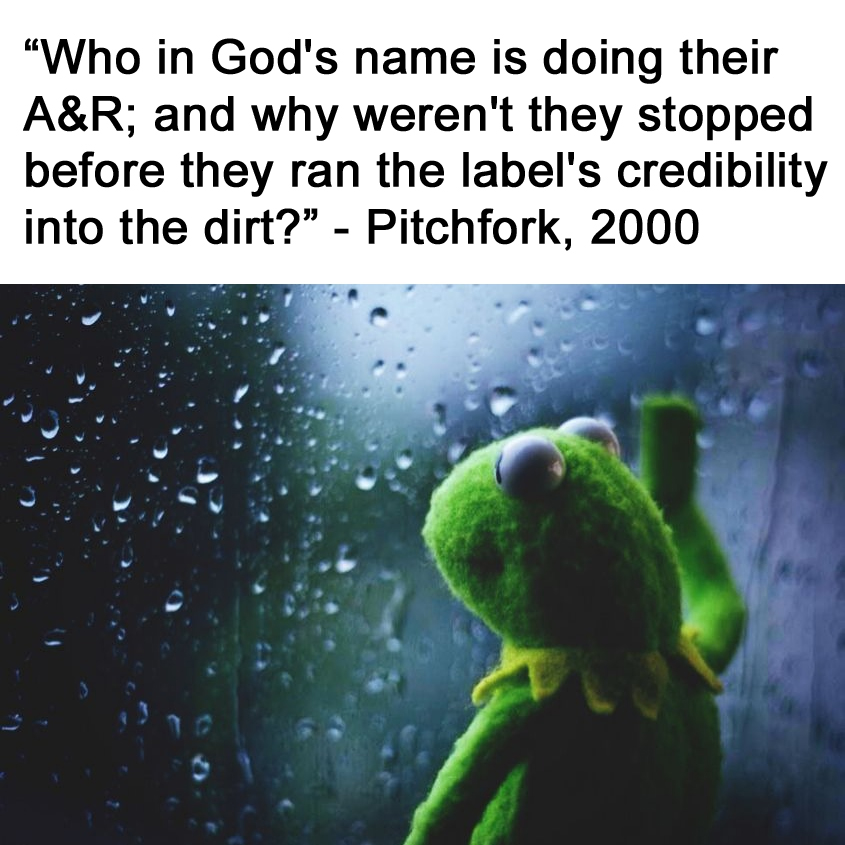 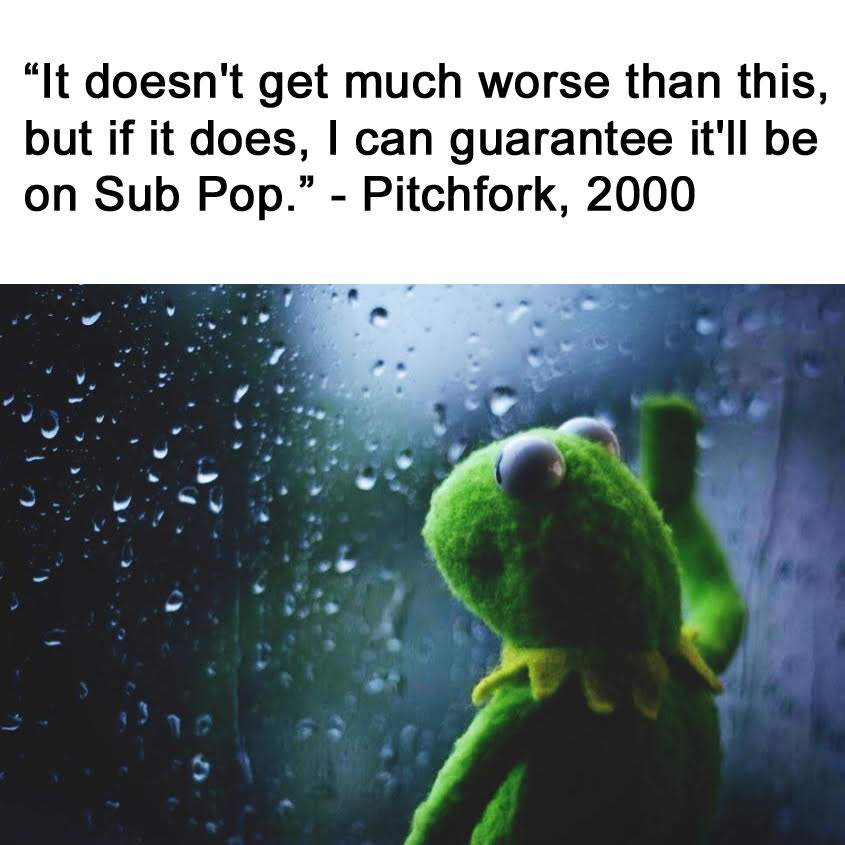 Our fight for fair pay at @pitchfork continues on Monday, where we expect to tackle wages at the table. Underpayment has been endemic at the site for years, and many talented writers and editors have left because of it. Here are some testimonials from former Pitchfork staffers:
3 Likes
FormerGhost 19 May 2021 09:54 #658

Have they eased back on the craft beer stuff now? Haven’t been reading the site as much but can’t remember seeing one of those abominations for a while.

Elsewhere, found the St Vincent review today a bit odd and snarky. Not a fan of that artist myself but some of the criticism seemed a touch unfair:

‘But dissonance appears on Daddy’s Home whenever Clark’s louche time-traveling character collides with the political tensions of the present day. It’s odd, for example, that two songs on the album refer to calling “the cops,” or 911, in light of the past year’s uprisings against police brutality.’

It’s odd, for example, that two songs on the album refer to calling “the cops,” or 911, in light of the past year’s uprisings against police brutality.’

This bit is beyond parody

Half the big reviews I come across on P4k seem to basically be jumping-off points for a political op-ed. Even as someone in line with those politics, it gets awful tiresome when you just want a decent dissection/analysis of a musical work. Just worn out with art being constantly passed through a hyper-current moral filter, as with the St Vincent call-out above. Just barmy nit-picky stuff, to my mind.

I mean, if you’re going to criticise any lyric on the St Vincent album, the groanworthy Cassavetes reference would be a better choice…

People no longer understand what a music review is.

Let's see how the stans are receiving Pitchfork's measured 6.7 review of the new St. Vincent https://t.co/wtTIwgVHrY 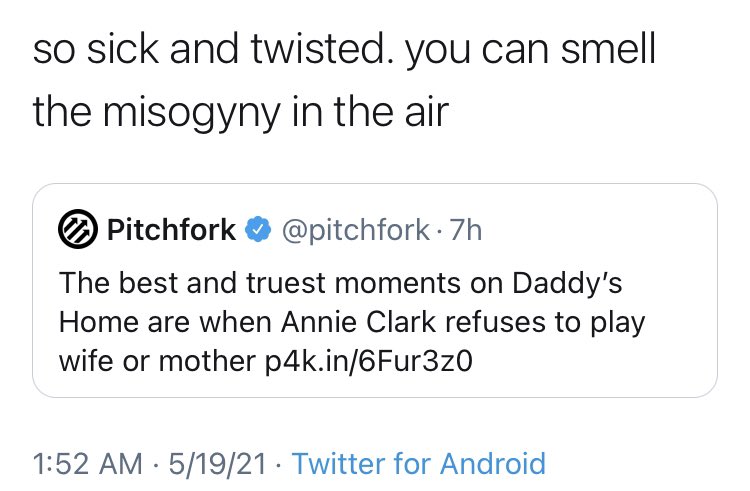 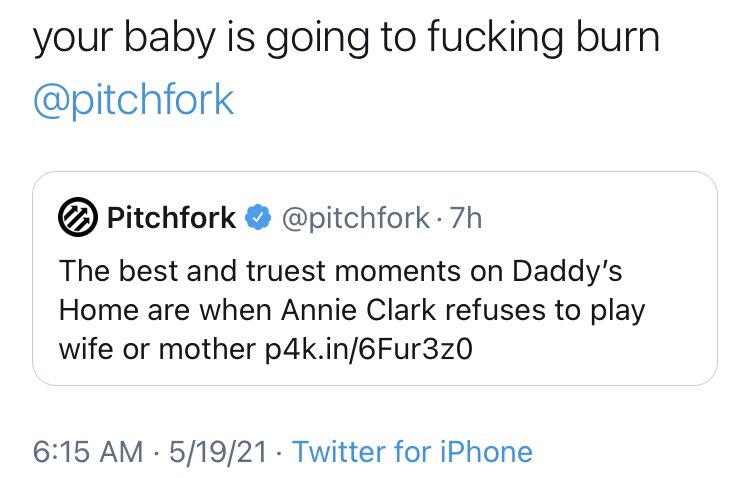 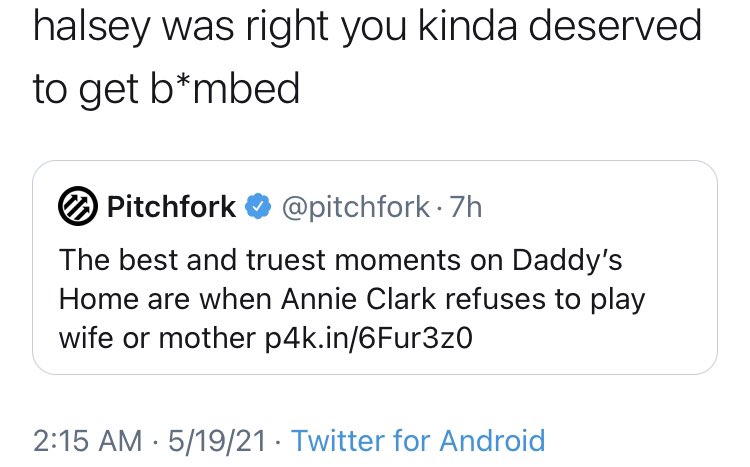 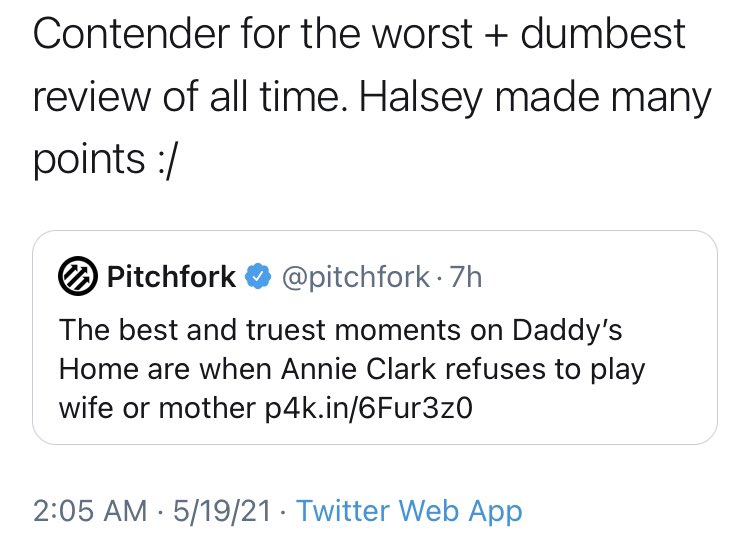 Glad it wasn’t just me then. I was just confused by it more than anything.

Quite amusing that she’s headlining their music fest this summer