Not sure if this has been discussed in the past or even recently, but if not, it has some intrigue, just on the Conceptual part of it alone. 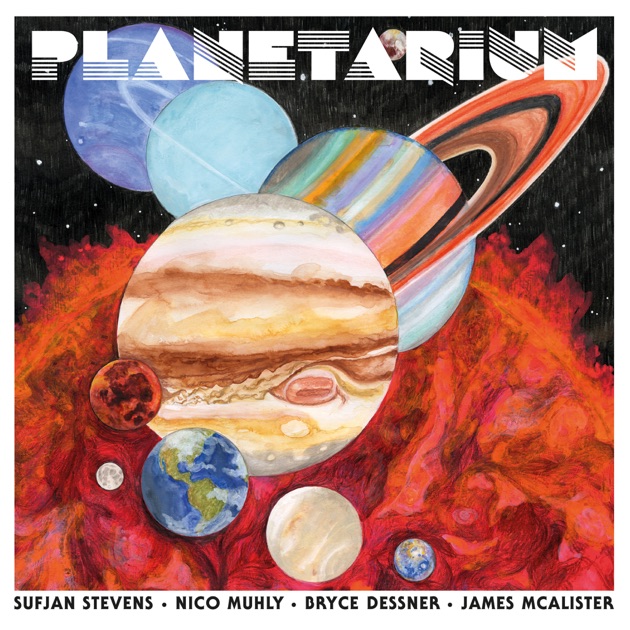 **"In 2013, after completing two states of his reputed 50-state album **
**project, Sufjan Stevens moved on to bigger and better things. **
**Specifically, he teamed up with The National’s Bryce Dessner, Nico **
**Muhly, and drummer James McAlister for an original composition inspired **
by the solar system. Entitled Planetarium, the project received its live
**debut during a multi-night run at the Brooklyn Academy Of Music. Years **
**later, they’re finally releasing a recording of the project. The **
**17-track LP is set for release on June 9th via 4AD, and have recently **
unveiled the first preview in the form of “Saturn.”"

That last clip sounds proper silly, like the worst bits of impossible soul

I saw this at the Barbican in 2012 and thought it was great. Looking forward to hearing it again, and seeing how it translates to record.

This sounds a bit mad and I’m rather excited for it.