Yes, I know, the bill was past a while back, but I never noticed a response to it on here. For anyone who wasn’t aware, it is now illegal in Poland to suggest that Poland/Polish people were complicit in atrocities carried out during the holocaust with the penalty being 3 years in prison. 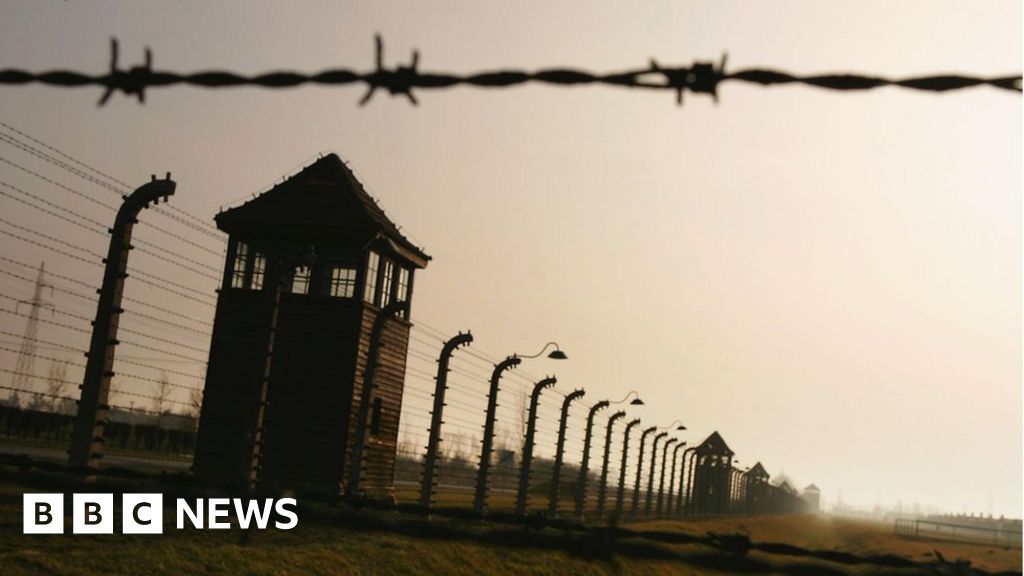 It’s nothing short of staggering. It’s an egregious re-writing of history that is deeply worrying, especially when you consider this is happening in a modern, EU member state. As someone who has been to Yad Vashem and researched my own family history, this is bullshit. The Polish state and Polish nationals were complicit in carrying out atrocities.

You don’t have to look hard:

The Kielce Pogrom was an outbreak of violence toward the Jewish community centre's gathering of refugees in the city of Kielce, Poland on 4 July 1946 by Polish soldiers, police officers, and civilians during which 42 Jews were killed and more than 40 were wounded. Polish courts later sentenced nine of the attackers to death in connection with the crimes. Some sources claim the massacre was instigated by the Soviet-backed Communist security corps, for propaganda purposes, attempting to discredit ...

The anti-Jewish violence in Poland from 1944 to 1946 refers to a series of violent incidents in Poland that immediately followed the end of World War II in Europe and influenced the postwar history of the Jews as well as Polish-Jewish relations. It occurred amid a period of violence and anarchy across the country, caused by lawlessness and anti-communist resistance against the Soviet-backed communist takeover of Poland. The exact number of Jewish victims is a subject of debate with 327 docu Jewis...

The Jedwabne pogrom (Polish: Pogrom w Jedwabnem, pronounced [jɛdˈvabnɛ]) was a World War II massacre committed on 10 July 1941 in the town of Jedwabne, in German-occupied Poland. At least 340 Polish Jews, including women and children, were murdered, some 300 of whom were locked inside a barn that was set on fire. At least 40 ethnic Poles were implicated with German Order Police being present. Debated is the additional involvement of German Gestapo and SS paramilitary forces, especially SS Einsat...

It’s no better than Turkey denying their role in the genocide of 800,000 Armenians during WW1, which again carries a prison sentence for anyone who dares state this fact.

I dunno, this just blows my mind. It’s just deeply worrying, and I had to get that off my chest…

Read this at the time it was announced. I can’t really add anything more insightful than this is bullshit of the highest order.

Actually I suppose I technically do have some insight which is slightly more useful (though not much) than my last post. I went to Krakow in 2014, during which I visited Auschwitz and Schindler’s factory (among other things). It has been 4 years so please forgive me if I’m remembering wrong, but I’m pretty sure there was a now-conspicuous absence of any discussion of local complicity. But it was just through sheer omission and the occasional reminder that Poland was an occupied country rather than anything as blatant as this law.

Think the historical rewriting-by-stealth was more effective, actually, as I didn’t really notice it at the time, and I was a masters student in political history (with a huge interest in historical revisionism) so I wasn’t exactly a mug.

I mean let’s be honest, I’ll be very surprised if it’s not a capital offence in 2020 Brexit Britain to claim the Empire killed people and was anything other than a beacon of hope.

Incredible that the fragility of a nation’s insecurities could be so Streisand Effect-ed by enacting something like that into law. If it didn’t happen - then why does a law need to exist to penalise those who say it did?

Can add an edit to make it abundantly clear that I obviously am not suggesting it didn’t happen. Just in case someone misreads me or I have been imprecise.

I keep getting this ad on youtube, thought it was a computer game at first

If it didn’t happen - then why does a law need to exist to penalise those who say it did?

Not sure I agree with this tbh. The holocaust can be used so powerfully to create falsehoods and propaganda that I don’t think it’s unreasonable to penalise doing so (obvious extreme being denial). The difference here is that it’s the truth being criminalised

That’s exactly what I mean, though. I don’t think you’re disagreeing with me. The law is to say that suggesting it did happen is a crime, if I understand it correctly. So what I am saying is if it didn’t happen, why is there a law against saying it did, if only to try and force a falsehood that I didn’t happen.

Maybe I’m not explain myself very well, but I am not saying a law shouldn’t exist to stop people from using the holocaust as a powerful tool for misinformation. What I am saying in this specific example that the law only exists to dispel the truth because it actually happened. You don’t need a law to say “The Moon isn’t Pink” when it’s demonstrably so.

Or something. Maybe you’re right and I am wrong.

Ah ok. Think we had our wires crossed and agree

Fucking worrying trends in this decrepit part of the world recently

I know what you mean, by having to pass a law saying something didn’t happen it therefore implies that it did happen you just don’t want people taking about it. Like the denial proves the truth or something.

This is absolutely terrifying.

Part of how we transcend the horrors of (especially, but by no means limited to) the Holocaust is by understanding how we too as human beings have the capacity to enable them. To legislate in order to construct a narrative of “it wasn’t us, it was other people” with regards to it is beyond chilling.

this decrepit part of the world

…the fact remains though that 2 million non-Jewish Poles were also killed in the Holocaust, a fact that is often overlooked. Not only that but that the Nazis systematically slaughtered Polish teachers, priests, intellectuals etc, in order to crush dissent/resistance in Poland and required all Polish males to perform forced labour. This was an integral part of the groundwork that made it possible for the Third Reich to build the concentration camps and carry out the Holocaust on Polish soil. I mean, the majority of inmates in Auschwitz up until spring 1942 were non-Jewish Poles and the Nazis ‘confiscated’ 50,000 children from their Polish parents and sent them to Germany to be ‘Germanised’.
Given these threats and risks it isn’t surprising that a large number of individuals gave up their Jewish neighbours or collaborated in other ways. A far larger number resisted.

This bill is totally the wrong way to go about bringing these facts to the attention of the wider public and
technically the Polish State & Government didn’t collaborate with the Nazis - certainly not in the same way that the Vichy French government did - it was crushed by them.

I dunno, I’ve long been uneasy about the Israeli State’s monopolisiation & weaponisation of the Holocaust and the general existential fear that gives Israel something like a free pass in its brutality towards others - and it feels like even that is highly controversial to say, even if it’s obvious. You only have to look at Gaza

I have some bias as a Jew, but in my view this is Poland’s legal system catching up with a culture of denial that has been prevalent in Poland for decades. It makes me laugh how often I’m told by Poles that their Grandad “hid some Jews in the barn” - how the fuck did the Nazis manage a mass slaughter on such a huge scale if every Pole was looking out for their neighbours so lovingly? And exactly how did your Grandad come by that land that was owned by Samuel Levy until 1941?

It is what it is. In times of war people turn on their weaker neighbours, but for a nation to legislate in such a defensive way is simply embarrassing.

An issue, i think, is that the holocaust is still understandably an incredibly raw thing for Polish people, particularly middle-aged and older Polish people to talk about. Over six million ethnic Poles and Polish Jews were killed in total, about one in six of the total population. It’s not that long ago, really, some of our grandparents would have been adults.

I’ve spent quite a bit of time over there with friends and their families. Nobody ever really spoke about the Holocaust. We spoke about everything else. You could still feel it, though. It still effects people. You can still feel the anger and sadness, especially in more rural parts of the country.

I dunno, really, going off on a bit of an anecdotal tangent here. This bill seems irresponsible to me, but…

I think the Israeli government is an atrocious regime that is committing horrific crimes against the Palestinian people but this is pretty dangerous fucking rhetoric.