Post your most listened to albums of the last week Everything Everything’s previous album, Get To Heaven. off to see them again tomorrow, so thought I’d better brush up on them. I would hate for my dreadfully out of tune falsettos word to be wrong! Is there a ‘where to start with the fall’ thread anywhere?

but generally speaking i tell most people to start where i did, with This Nation’s Saving Grace. you’ll get a range of answers but this one is probably the closest you’ll get to a consensus. tighter and poppier than their early work but retains enough of the early stuff’s weirdness. the albums immediately before and after operate in similar territory if you want more of the same after that.

then depending on what else you’re into:

if you’re into early 90s indie stuff like your Stone Roses (?) avatar would suggest then you might also enjoy Shift-Work. less heavy hitting than their best stuff but unusually melodic.

i found their debut Live at The Witch Trials quite accessible early on as well in a poppy punky sort of way.

Hex Enduction Hour might be their best but it’s a sprawling often messy thing that i had to build up to. but if you’re into noisy post-punk dive in. Perverted by Language has similarly long krautrock-indebted tracks but with a tighter, cleaner sound, which i love a lot.

alternatively if you don’t want to commit to a full album you could give the Slates EP a spin for a short blast of their early 80s post-punk.

there’s a decent compilation called 50,000 Fall Fans Can’t Be Wrong that gives a good overview as far up as 2003 or so but not sure how easy it is to find now, it isn’t on Spotify anymore. i made this fairly career spanning hour-long playlist for another thread a couple of months ago, it doesn’t necessarily focus on the most popular tracks and there’s loads of great stuff missing but gives an overview of some of my favourites, may or may not be of use: 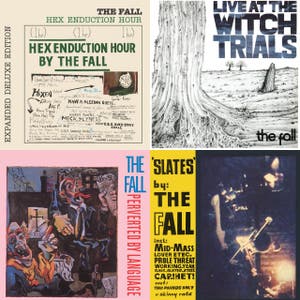 i was a bit gutted when Pink performed some album track at the Grammys instead of her What About Us? single as i had a twitter joke all planned out that she was boldly covering a late Fall classic in tribute to MES

Can’t say that Stout Man was a track particularly stood out for me on that initial listen. Weird to hear about the differing versions between the vinyl & standard editions. I spotted a copy in a shop the other day and I’m glad I avoided it out now.

Agreed about that Glasto performance of Pledge - it’s absolutely mint! MES looked like he was having a right laugh whilst sharing those vocal duties! You got any other tracks where you prefer their live versions? Spent a lot of time with American Utopia and some other Byrne material, more Fall records and gave a I’m Wide Awake a couple of spins after hearing At The Bottom of Everything on The Walking Dead - Such a great record! Also really loved that Kindling record @Avery - cheers for bringing that to my attention!

the vinyl mixes might be alright actually, have only heard them once so can’t remember well, but definitely remembered preferring the standard versions.

in terms of later stuff i mostly think it sounds better in the studio (seeing as MES could be a bit messy/sloppy live). exceptions would be Blindness as mentioned above, and some stuff from Reformation is much better away from the album’s lifeless sound - that Glastonbury set opens with a pretty fun version of My Door Is Never whereas the album version is fairly lethargic, and I’ve seen a couple of really good live versions of the title track, i remember the version from the 6music Festival coverage a couple of years ago being an absolute blinder.

haven’t listened to quite as much early live stuff but quite a few of the Peel Session tracks are definitely better than studio versions (even if Peel stuff isn’t quite live). Most notably New Puritan and Athlete Cured. really hate that Warsaw artwork. noticed it’s being reissued for Record Store Day with a much less awful cover.

never really got around to Fat White Family properly before (aside from ‘I Am Mark E Smith’) but enjoyed that album. didn’t dig the Insecure Men album at all though.

the Moaning album is great. hadn’t heard of them but it was playing in Fopp in Manchester the other week and had to check it out. 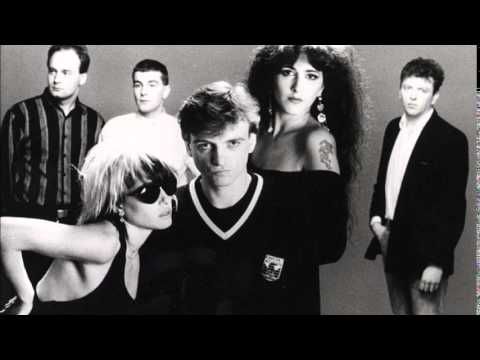 Ah okay will keep that in mind when I actually get round to Reformation (got Witch Trials & Unutterable on rotation this week)!

The Peel boxset was my first real entry point to The Fall - remember picking it up cheap and having it playing on shuffle, just being in awe of every track! The only two live albums I’ve really checked out are Live in Cambridge 1988 (which is quite poppy and has number of decent versions of some my favourites on their like 2x4, Shoulder Pads & Pay Your Rates) and Live From The Vaults Glasgow 1981 (which although isn’t the best recording, it still conveys the bands energy plus that setlist is mint!) Looking at this thread, at some point I imagine I’m going to have to have a conversation about The Fall…

this is now the Fall thread

yeah there’s a shitload of live albums on Spotify, a mixture of official and not-so-official i think. noticed you listening to that Cambridge 1988 one a few weeks ago and been meaning to check it out. Totale’s Turns is decent and i think i’ve listened to Fall In A Hole at some point too, another great setlist. the live portion of Seminal Live is quite good but quite short, i’ve heard that the Live to Air in Melbourne and Icelandic ones are mean to be really good Hex/Perverted era ones so been meaning to check those out for ages as well. the Liverpool 1978 one is also on the bonus disc of Witch Trials but the sound is so shit it’s pointless really. there’s a couple of interesting early versions of much later tracks on Live 77 but i remember it sounding shite as well.

much later but the Last Night At The Palais album/DVD (all on youtube) from about 10 years ago has some good stuff including that video of Blindness i linked ages ago. i think the last official live album was the Live Uurop one which seems to be just made up of bootleg recordings of varying quality from different gigs plus a couple of studio tracks randomly inserted in typical Fall live album fashion. not very professional but i kinda like it as a snapshot of the era i started seeing them. also opens with a surprisingly decent version of Wings which i’m gutted they’d stopped playing by the time i saw them. 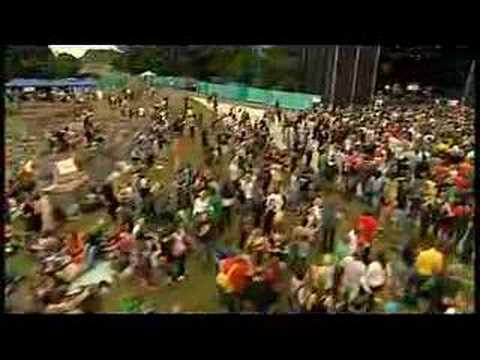