I’m floated this idea in the new categories thread earlier

Any new categories you’d like to see in 2022? Site Feedback

Would there be any appetite for a ‘features’ board or similar where people could post reviews or long-reads or whatever about topics of their choosing (could just be music-related maybe?) rather than more general, succinct discussion in threads on the existing boards? Something that combines some elements of the old site with the forum format? I’ve not thought this through very much but could be an interesting thing to look into.

and thought it would be a good idea to gauge opinion.

I’m not entirely sure how this could work exactly, but I think that sometimes the fast-paced nature of threads and posting on here means that longer posts and more in-depth stuff can get lost and there’s a market for more ‘features’, long-reads, reviews etc. Like I said in that other post, the aim would be to combine elements of the old DiS (the articles etc not the general forum vibe) with the forum format.
Things like reviews would be good I think as the new releases threads are brilliant but there can be a bit of an information overload with regards to the volume of releases covered, so a more detailed description and appraisal could be of use to people before they dive in.

This thread is for discussion and possible ironing out how this could work, and if it’s something people would be into, so please don’t hold back!

Don’t really see why they wouldn’t just live in the existing music board under a dedicated thread tbh (album or artist), like we generally do now? Always possible to simply cross-link to long-form posts from a specific thread to the new releases thread, for that one example.

Mind could definitely be swayed fwiw, not “bad idea” like the poll suggests

I guess I thought it might be something that could eventually expand beyond just music and take in other topics people wanted to write longer pieces or recurring features about. Would just be a way of collating all those in one place and leave the existing threads for more fast-moving stuff. I know some people aren’t keen on big rolling threads so might suit them. Was just a formative idea really.

@sean what are your thoughts on this as an initial idea please?

Would you rather do it on a designated part of the forum or just in with the rest of the music board?

Maybe doesn’t need its own subforum per say, perhaps the occasional group project like a newsletter or zine etc that can live on a Google Drive or similar that we link to in a big rolling thread?

I think it’s been discussed before but I think collating people’s contributions to the HGATR threads would be a nice project in a similar vein, maybe could also do e.g. a little write up for each of the top 50 albums of the year or something

One thing I’ve noticed is that it’s actually quite hard to write a review that reads well. Naturally, I like to read what I consider to be ‘good’ reviews but I find it difficult to put my finger on exactly what makes one. It’s much easier to spot a bad review! And whilst I appreciate it is a little hypocritical to point them out if I’m not a contributor myself, I think we can all agree that some reviewer tendencies do not make for good reading for anyone: here’s a case in point; the only review of the recent Mario Batkovic album that I could find online came from the Quietus, which I often read because they sometimes do good reviews and often cover music not getting attention from other outlets. 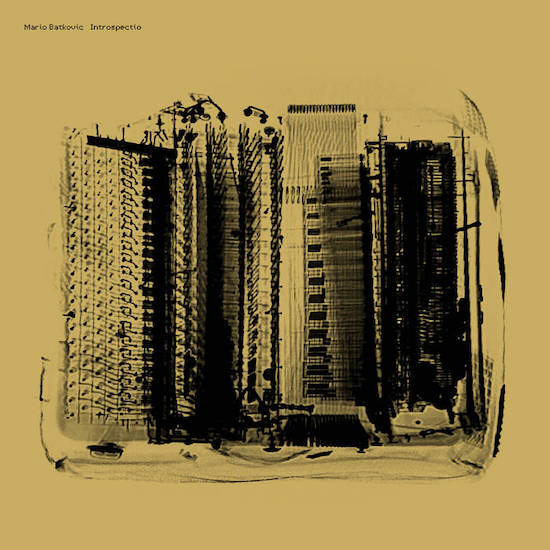 It's an album of accordian music, Jim, but not as we know it…

This is music for classicists. It’s the work of people who have spent time with the Greeks, with Romans, with Gods and philosophers. A bit of Nietszche might help. Maybe the epics of Homer, too. More accessibly, this can be understood through the lens of Terrence Malick and his esoteric notion of surrendering to a higher power. But it’s also present in the wild abandon of Emir Kusturica’s Underground , in Gaspar Noé’s Climax , and in Ken Russell’s The Devils

This is absolutely awful, the worst kind of pretension. I don’t want to read that, or anything like it. Thankfully I was going to check out the album anyway (which is great) but if it was an album I wasn’t already looking forward to I would have walked away without any intention of listening.

I like writing that is concise, efficient and that finds the right balance between conveying the information I want and displaying a little wit and literary flair. I don’t particularly want to read a long form piece if it is a stream of consciousness, unedited brain-dump of opinions; that’s fine in small bites on a message board, but not something I would seek out a feature-length version of. I also don’t want to feel like the reviewer is showing off - a good review should make sense to anyone and not require a degree of familiarity with obscure cultural touchstones. If you need a dictionary or a classics degree to make sense of it then the review is a dud.

I only want to read these if they are good.

Who do you think will potentially write bad pieces or reviews though? Name names!

I don’t mean to suggest that we have individuals I suspect would write bad reviews!

It’s more that I think what I value in a review is not the same as, for example, what makes a popular post on a message board.

The HGATR posts are mentioned a few times in the thread - it’s nice to see the passion and personal connection people have to an artist in that context but in my opinion (you may disagree!) I don’t think you could lift and shift those to a showcase that treat them like magazine articles. That isn’t criticism of the writing, it’s just that I think it’s a very different art writing a review or longer article. And it’s an art that I presume to be difficult, because I read quite a lot of reviews and more stand out as bad than good.

Yeah, i’ve been trying to formulate some kind of idea like this. Maybe people who are frequent posters/up for it in certain threads (the heavy one, the ambient one etc) could do a monthly recommendation where everyone picks their album of the month - be it old or new but something they have been listening to and does a brief write up - as long or short as they like. Likewise the random discogs thread would be good if anyone was willing to write a little more - not talking full massive reviews but small zine like ones from back in the day. The breadth of music covered there is pretty great. Maybe it could be a newsletter or a blog could host them or something. I dunno, im out of date on that sort of thing

The HGATR posts are mentioned a few times in the thread - it’s nice to see the passion and personal connection people have to an artist in that context but in my opinion (you may disagree!) I don’t think you could lift and shift those to a showcase that treat them like magazine articles.

Oh I definitely agree with this. I was thinking more of general features or covering things that may not fit under any of the existing outlets.

I’m definitely behind it and want to read whatever articles people come up with!

I think I zoned in on reviews because that’s what I find a gap in based on what I want to read. I find there is so much music being released which I am interested in that I can’t really find much written well about beyond maybe the artists’ own bandcamp blurb and some user comments on rateyourmusic that I would like a resource which did well-written reviews of any length for more niche-interest music.

I might try and do some myself as a contribution but I am just not sure if I have the vocabulary and knowledge to do it - having never learned or played any music, I find that whilst I can tell when music is good, I often don’t know what instruments or elements I’m hearing at one time. And I myself wouldn’t want to read a review that just said “this track is good, then the next one disappointing but the one after is amazing”. But maybe if I try it I’ll surprise myself.

I might try and do some myself as a contribution but I am just not sure if I have the vocabulary and knowledge to do it - having never learned or played any music, I find that whilst I can tell when music is good, I often don’t know what instruments or elements I’m hearing at one time. And I myself wouldn’t want to read a review that just said “this track is good, then the next one disappointing but the one after is amazing”. But maybe if I try it I’ll surprise myself.

I think this is more what it should be for though, people with a passion for listening to and discovering music rather than being technically proficient.
I’d quite like more reviews like that tbh.

could be nice if enough people contributed.

Not really aware of there being different boards on Discourse tbh, just browse it by Latest/Updated.

I like the idea but I see why people might be resistant. Could it exist in a sort of filing capacity, so that if people do want to write long reviews of things in existing relevant threads then they can be linked over to there, and if people wanted to write something specifically like that then they’d have a place to do it? I know that my mind appreciates having that kind of thing collated in one place, but that might be a bunch of effort, idk.

Sort of more of a soft approach I guess, rather than it being '‘This is where long writing goes’ being more like ‘Long writing ends up here, and if you want to do long writing then this is your blank page’

I like the idea. As a semi-regular poster I’m usually somewhat hesitant to start new threads dedicated to something that might be considered niche by the wider boards. For example, threads about specific genres / sub-genres or a thread about a particular album that I’d like to have a discussion about without bogging down or derailing existing threads.

Sure, this means that this will likely become a bit of a wild-west, with hundreds if not thousands of specific threads but as a positive note might encourage new users or quieter users to feel like they are more comfortable contributing.