Prison and the criminal justice system

Found it really interesting and informative to read the discussion in the thread about the gambling industry, and thought it would be interesting to have threads for discussion on other topics.

This one is inspired by reading this article 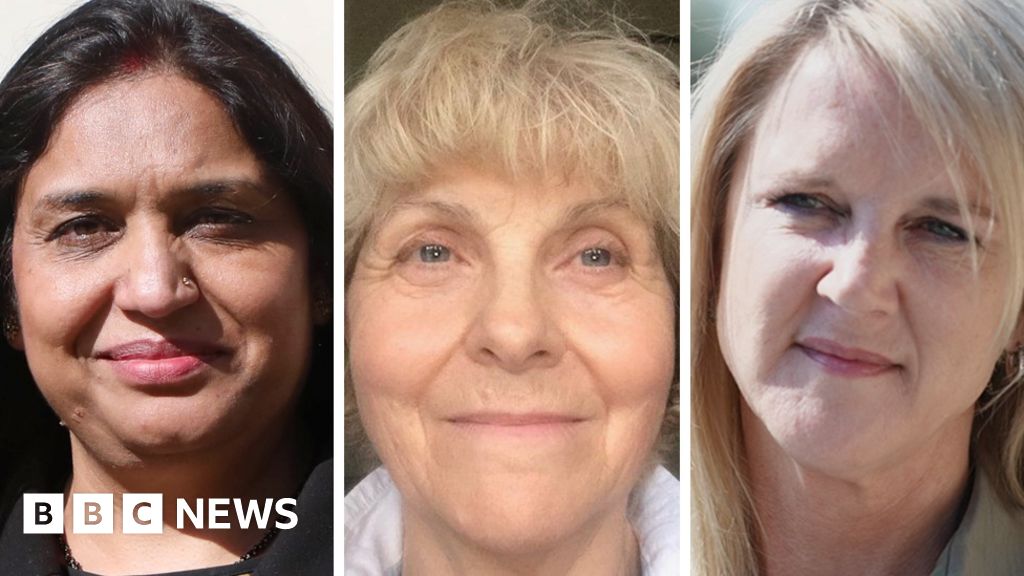 A group of 42 people hope their convictions for stealing money from the Post Office will be quashed.

I recognise that my views on prisons are all over the place. I don’t believe in prison as punishment (although family experiences have tested me a lot there), but establishing who is sufficiently dangerous to have their liberty taken away seems fraught with problems, not least racism. I recoil at reading about prison sentences for low/mid scale white collar crime (see post office cases), but the thought of the uber wealthy facing limited repercussions for exploitation (e.g. Madoff) feels equally repulsive. But then with ‘white collar crime’ (problematic phrase, I’m aware) how much is prison a disincentive to offending? It all seems impossibly complex and it’s hard not to to feel constantly conflicted.

I’d be interested in hearing your views around prisons and alternatives, as well as any interesting reading.

I don’t really believe prison is right at all. People’s behaviours and the causes of them are complex and interconnected and putting one person in a cell for years and saying they are bad seems really simplistic and allows us to avoid solving root causes and stops thinking towards collective responsibility.

Detaining people and restricting their liberty should ideally only be used whilst they are a direct danger to themselves and others, if somebody deeply regrets what they did and would never do it again is it fair for them to have the same sentence as somebody who doesn’t care or enjoys other people’s suffering? I know there’s the idea of parole but it seems very crude. Even then where does mental health factor into this? Can’t get on with the moral idea of retributive justice at all.

This is without even thinking about all the crimes that are bullshit and people who are imprisoned unjustly or for fighting against unjust laws of their society.

I’d like to hope I’d still hold true to these views in the case that a loved one was hurt or worse.

[Disclosure - I do a lot of work for clients whose research focuses on substance use and the justice system. I’m not an expert by any stretch but I have a weird level of access to primary information as a result, which I will obviously not be discussing in any detail]

Prison is a complicated concept. The justice system in the UK is simply wrong. It focuses on retribution rather than rehabilitation, and does nothing to address the root causes of a lot of crime. One of the key issues that I have identified from being party to research in this area is that people become trapped in cyclical offending, often tied to poverty, mental health, and substance addiction. These things cannot be fixed through retributive justice.

Also, and this is possibly controversial but borne out through evidence I have been witness to, for some people whose imprisonment is driven by the factors I just mentioned, prison is actually a welcoming environment. The world is complex, dangerous, cut-throat. The rules are not clear. Authority structures are not clear. The daily grind saps your spirit, having to provide for yourself in order to simply get up and do it all again tomorrow. In prison there is structure. There are authorities to be either respected or resisted, but they are clear. You are fed. You can sign up for activities (a diminishing number of activities, but activities nonetheless). I can see the appeal of this myself, as I struggle with imposing order on a chaotic world. It’s the same reason people join the army.

So people who do not have skills that are determined useful by society, who are enmeshed in poverty, who have limited capacity for survival in this shitty world, can see prison as almost a refuge. While inside they get little rehabilitative help in order to allow them to integrate with the outside world better, to not face the same challenges that led them to prison in the first place, and so when they are released it is no surprise that they reoffend. The world still doesn’t work for them, and they felt better inside.

My personal view is that prisons, properly managed under the right philosophy, could be a huge engine of social good - the people I’m talking about in the preceding paragraphs are mainly a threat to themselves. They need help and skills. If we didn’t have such a hard-on for retributive justice as a society, if prison didn’t carry the stigma of being the ultimate naughty step but was instead a refuge of last resort for helping people better understand how to function in a society that is not made to accommodate them, and to signpost them to further help on release, then that would be incredibly healthy. As it stands, we treat someone who commits a long-planned murder within the same framework as someone who steals vodka from a corner shop. This is barbaric.

I recoil at reading about prison sentences for low/mid scale white collar crime (see post office cases), but the thought of the uber wealthy facing limited repercussions for exploitation (e.g. Madoff) feels equally repulsive. But then with ‘white collar crime’ (problematic phrase, I’m aware) how much is prison a disincentive to offending?

I guess a lot of the alternatives to prison focus on reducing offending. So obviously people’s minds go to stuff like reducing drug addiction and helping people out of poverty, which must be relevant to a large proportion of prisoners. But there’s also the other end of the scale where you’ve got hugely wealthy individuals thinking they can do what they want and get away with it, and there should be something to prevent them offending as well. However I guess that’s almost irrelevant to the question of what to do about prison, because so few super-rich criminals actually end up there.

BBC is throwing examples at me today. This. What is the fucking point of this? She made a stupid mistake but she’s being punished for the consequences of that mistake which must have already caused unimaginable trauma. What possible good could this do? There is nobody who benefits in any way from this happening.

Simone Perry was sending a WhatsApp message and making a call when five-month-old Renzo drowned.

Part of the problem is, as you’re sort of alluding to, some people are going to offend no matter what you do! I don’t know how you tackle the privileged offenders, and to be honest most of the research I’ve been around hasn’t touched on them, their backgrounds or their experiences of prison at all. Your last line really encapsulates a lot of what I see the problem as - increasingly prison is a side-effect of poverty and poor mental health. It’s not a problem for the rich. The old saw I like is that any crime which is punished with a fine is not a crime for the wealthy, but this am be amended to include any crime where decent connections and the ability to pay for good representation can get you off the hook.

There was a similar case a few years back where a mother was jailed for five years (later reduced on appeal to three) after her child fell into their pond while she made a phonecall and, more unforgivably apparently, read a Facebook message.

Claire Barnett, 31, was said to have been distracted by comment on social networking site as Joshua played in the garden in Woodmansey, East Yorkshire

It’s all so warped beyond anything resembling ‘justice’.

Also where does it end? If a child is killed by a bookcase that wasn’t bolted to a wall whilst their parent was in the next room would they be any more or less ‘guilty’ and deserving of further horrific punishment.

Where are all the dads in these sorts of accidental death cases? I’ve never seen one of these prosecutions involving a man. Apparently as a society we’re fine with fathers leaving all or most of the childcare to mothers but not fine with mothers needing to, you know, communicate with other humans who aren’t their child occasionally

100% this. Both stories are also framed around a ‘stupid woman, always on her phone’ narrative.

Rebranding this thread as there’s not really another one.

Have just seen this article which has left me feeling really uncomfortable. I am definitely not speaking in defence of this guy as I don’t know what he’s done since, but it’s hard for me to understand this as a criminal investigation and sentence. Ten years old is primary school. Is that really old enough to understand consent / sex / sexual behaviours? Obviously he knew what he was doing was wrong as he made sure the victims didn’t tell anyone, but it’s still hard to fathom calling a ten year old child a sex offender. Obviously there may be additional context around this (a sex offender with the same name / location comes up but age doesn’t fit) but based on purely what’s in the article and whilst having a lot of sympathy for the victims, I can’t understand how this does anyone any good?

This is interesting. Most councils’ social services depts (and their partners in health) will have policies about working with children who exhibit sexually harmful behaviour. It is very unlikely a child would be criminalised now for such behaviour, but it would more likely be seen as indicative of either abuse or neglect (lack of boundaries/supervision). But that certainly wouldn’t have been well understood in the 80s. I’m very surprised this made it to court, unless as you say there’s a backstory or some other context (such as him continuing to offend later in life). 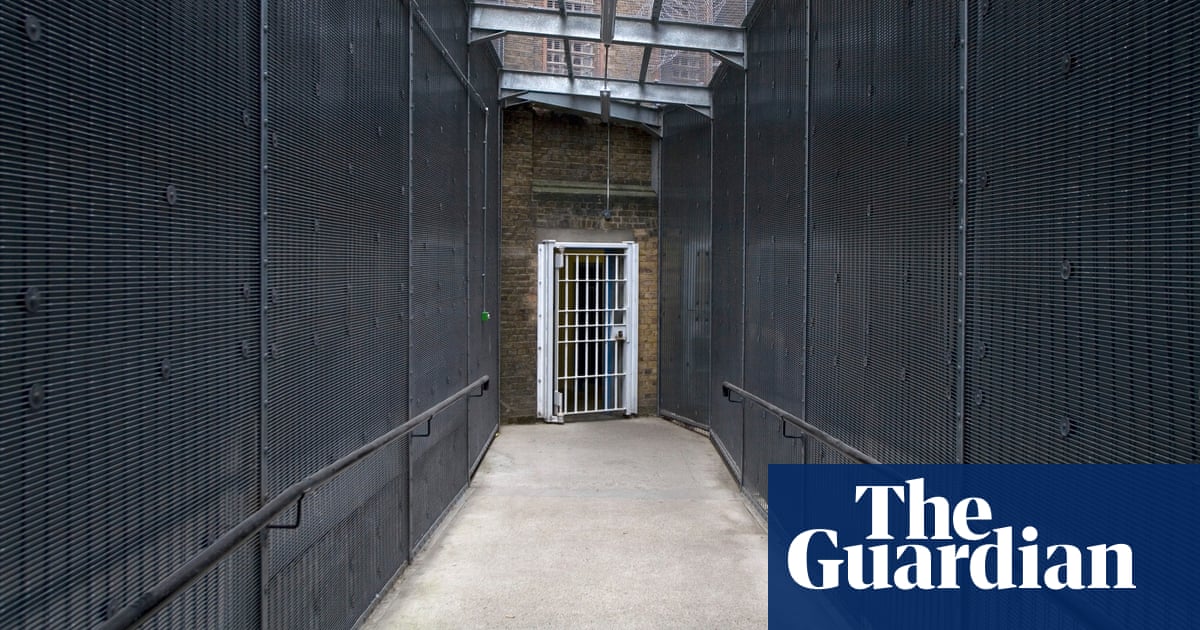 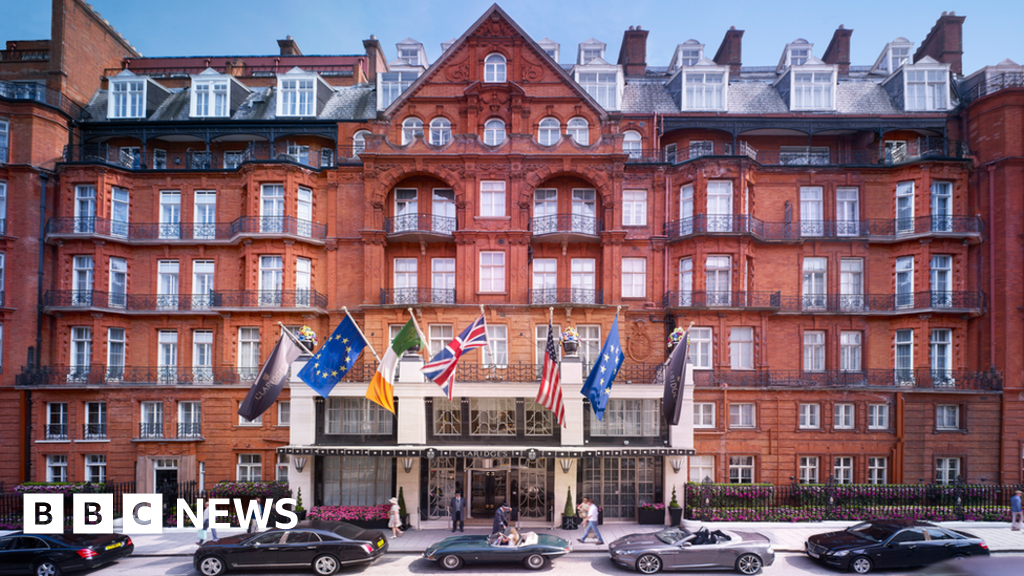 A warrant for the pair, who are accused of burgling Claridges and the Four Seasons, is issued.

Twelve and thirteen ffs - and a year younger during some of these offences. Surely these are exploited children who need safeguarding not prosecuting? And prosecuting will likely make them more vulnerable to further exploitation. I can’t even comprehend it.