Only 2 more sleeps (or 1 if you go to a midnight screening) omg!!11
Looks great and EXACTLY the same as the other one, like, exactly.
Pretty sure guy Pearce is all old suited up, everyone’s staring into flower things that fire aliens, and people being attacked in the lav/bathroom
Creaky?

Going to see it on Saturday, haven’t seen Prometheus 1

are you going to watch P1 before P2, it’s only ITV2 every other day…not sure you’ll follow what’s going on without falling in love with the rich depth of characters and storylines from P1

What about if they did Alien vs Norbit?

Tried to hate watch Prometheus 1 last night but it was too bad. Had to give up midway through.

If you’re familiar with the story of jesus, you’ll be fine.

I know literally everything about the life of Jesus, go on, ask me anything at all about him.

What was his mum’s name?

Fucking LOL at paying money to see this in the cinema.

i will always watch every Alien film, despite knowing it won’t be VG

On Front Row on Radio 4 last night they finished their review with “it’s a must-see for all fans of Alien”, to which I mentally replied “No shit. You reckon?” 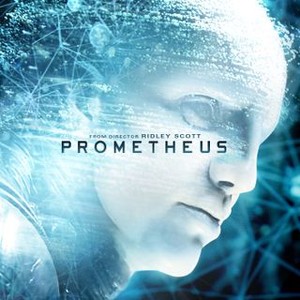 Ridley Scott, director of Alien and Blade Runner, returns to the genre he helped define. With Prometheus, he creates a groundbreaking mythology, in which a team of explorers discover a clue to the origins of mankind on Earth, leading them on a...

I mean really? What?

you could have said it out loud, they can’t hear you.

Fucking LOL at paying money to see this in the cinema.

I would quite like to see an alien in 3D I guess.

Not much point in saying it out loud then huh?