The Lion in Hinxton used to have a parrot. Would swear and swoop across the room.

There used to be a couple of dogs in the Ickleton Lion, one was called Bella, I can’t remember the other one’s name. One of them gave G a nip when they were 2 or 3. A previous owner there decided to keep a fuck off massive Rottweiler for some unknown reason (other than bragging to customers who refused glasses for their bottled beers that he let the dog piss on the bottles every day)

Went to a country pub near Oxford years ago which had an enormous Great Dane which had been certified by the Guinness Book of Records as the second largest dog in Britain or something. It was extremely lovely, but it was slightly disconcerting when sat down to find it’s head level with your own.

Should be more pub pigs. Behind the beer garden, they could drink the drip trays at the end of the night.
Why is this not a thing? 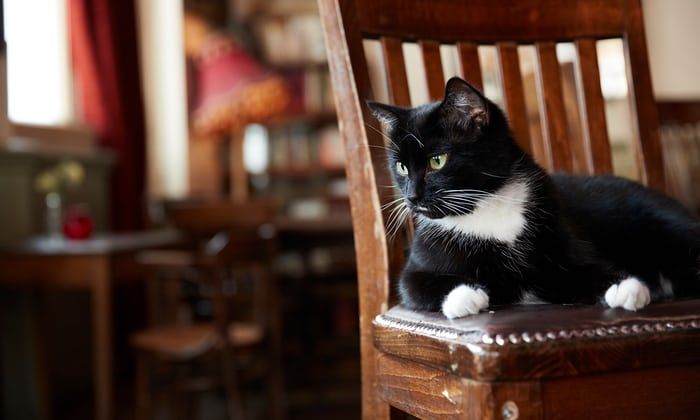 The bag o nails in Bristol is full of cats. Good lads, all. One slept on my lap so we had to stay for an extra hour or so

Then there was this good boi we met in the Woolpack near Hardknott Pass in the Lake District. Came over to our table and politely waited for a head scratch and then we he got one was immediately like “ok, now do belly pls”

I think pubs in Ireland allow dogs, but i can’t remember ever seeing one in a pub in Dublin.

I have a picture of him and his brother, who sadly got run over, somewhere as kittens on radiator vents. They haven’t until very recently, as I think it was considered a breach of hygiene regulations. I remember there was a case a few years ago involving Pantibar and a few other pubs trying to get it over turned. Was really surprised when I first moved to Scotland at seeing dogs in pubs all the time, I’d never seen it before.

Looks so much like my old cat Reuben, same haughty/distracted by a fly walking on the carpet demeanour

Used to go to a pub when I was a student that had a load of chipmunks in a big cage. Think they had little tunnels to run around the pub garden but I might be imagining this.

Lucky, he urinated on me. Got a bit dehydrated up there based on the colour.