Songs for the deaf.

I don’t know this album apart from the singles (which were ok!). There seems really quite widespread (youtube) guitar-nerd obsession with how the guitar sounds were got.

I remember reading about two cabs sandwiching a mic, which is (I think) obviously nonsense.

Why the obsession with these guitar sounds? They seem pretty arbitrary to me…

Mainly because Homme is so secretive about it. Nobody would give a shit now if he had said parametric filter 20 years ago.

Ah, maybe! Pretty clever if so. Guitar players are such ludite idiots. 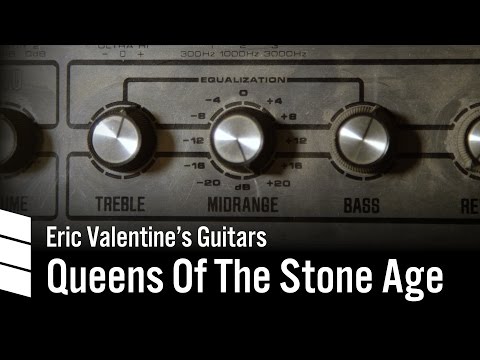 Here’s Eric for Sound On Sound on what he did for Songs For The Deaf. Interesting just because heyo, always fun to see inside stuff,.

He also basically says ‘The secret is mids, always mids,’ so that’s basically the whole conversation done right there lol

Oh, no idea about that one sorry!

You know he’s finally come out with what his tone was right? 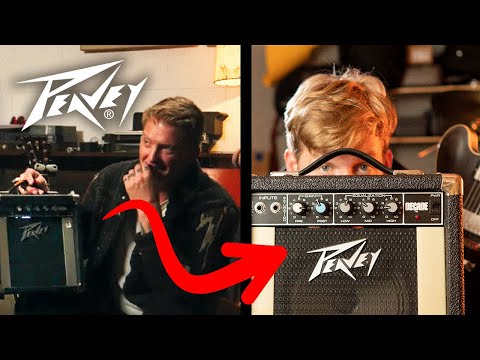 I guess what I don’t get is that, yeah, you can get a guitar sound out of an old Badger 10 watt amp and a Marlin Sidewinder guitar, and if you’re in a great studio with songs that have mass appeal and a record company behind you, then the Badger/Sidewinder combo will be the sound of your MASSIVE ALBUM, but it’s arbitrary. It isn’t WHY you have a massive album.

I like the fact that Albini and Homme (and Mould before them, and Andy Gill etc) have rejected normal ‘good’ guitar tones, but it seems really weird to me that guitar players get so hung up on it after the fact.

Anybody sell me a Badger/Sidewinder?

As in genuinely made a plywood top board for his pedals so no one could see what he was up to.

And therefore it of course becomes an obsession

I think anyone who’s into a thing gets very interested in how that thing works or the minutiae.

Of course there is also the fact that home recording is a big deal and lots of bands want to get a sound they love for a track or two of their own.

Grohl allowed them to explode into mainstream rock and since then he’s gone heavily for the gear-head angle to appeal to the nerds. There’s no way he’d be appearing in as much media as he is without ingratiating himself with the dull Q readers

I think there’s also always that inevitable excitement about an idea that was originally exciting because no one was doing it leading to it becoming generic.

Cobain and SY picking up offset Fenders is a good example of that. It was nailed on that that would mean thousands of people forming bands with a mustang, jag, jm.

There are big ironies inherent in that though, in that he talks a lot about admiring Billy Gibbons because tone is in the way he plays, not what he plays it on.

Cobain and SY picking up offset Fenders is a good example of that.

Also them picking up offsets because they were well made but cheap - so they could afford to beat them up, modify them, Lee Ronaldo could screw in whatever ridiculous combo of pickups would make him happy for that recording session

All of which lead the vintage offsets to be just as desirable (if on a lower price level) as your strats and teles, so what was previously purchased out of need become just as much a financial and aesthetic choice as any of your other top shelf musical gear

Most amazing guitar tones (lol hi Mojo Magazine) are impossible to recreate properly because so much comes down to the way you actually play though. Like, not saying I am a creator of amazing guitar tones, but I can hear how I play expressed through whatever combo of effects, amps, guitars etc, and even listening to stuff I recorded 20 years ago compared to now there’s still something common in there that’s ‘me’.

Hendrix’s tone is recreated all the time by the select few who’ve bothered to nail his exact style, and that means both gear and technique dunnit

Also yes Homme is an arsehole but that’s a given

(Sorry I realise the above is what you were saying anyway!)

Yep exactly. The Homme peavey Bandit is that times infinity because these days there are a lot of people willing to drop insane bunce on gear so it’s a seller’s market

the select few who’ve bothered to nail his exact style

Yeah, I think this is the key part - you have to try and find the playing style (and even philosophy, in that it’s about exactly what you’re trying to elicit sonically and emotionally), then that will put you closer, and then it’s the ‘stuff’ you buy to round it out. Idk, I’m a bit of a mystic when it comes to this stuff, I think so much of it comes from being able to inhabit a headspace that leads to the same sound. When I was a kid I took piano lessons to a pretty high level, and after a certain point it definitely becomes less about learning the notation and more about learning the reason for the notation. It’s what means you can play a really well-known song by someone and still have it be entirely yours because it’s your philosophy and meaning that you’re expressing!

I guess it goes without saying that guitar players on the whole seem willfully ignorant of how important mics/placement/room/eq/whole mix is to the guitar sound of a record.

I’m pretty sure I could make a vintage Les Paul/MESA in a great room sound like a Badger/Sidewinder in a bedroom! Without even trying!!