This is now a rolling thread and you should scroll to the bottom if you want to contribute.

I’m translating a bit of text into English and I have the following question for you: Which of these terms would you say is most well known/established/recognisable etc? A sunken lane (also hollow way or holloway) is a road or track that is significantly lower than the land on either side, not formed by the (recent) engineering of a road cutting but possibly of much greater age. Various mechanisms have been proposed for how holloways may have been formed, including erosion by water or traffic; the digging of embankments to assist with the herding of livestock; and the digging of double banks to mark the boundaries of estates. These mechanisms are all possible an...

I didn’t even know there was a set term for this in either language until 5 minutes ago tbh.

Never heard of any of them

Sunken lane would be the one that I’d understand what it meant soonest though I guess.

I’ve honestly not heard of any of them but holloway just makes me think of the road in London. and I’d at least kind of be able to work out what was meant by sunken lane

Thanks pals, we all seem to think pretty much the same thing. Sunken lane it is.

Yeah I just clicked on Holloway because it is a prison and a football manager.

Neither. Would maybe say a path/road with bankings at either side.

So in other words, a sunken lane?

Depends on the context? I picked Hollow Way because it’s a road in oxford but if you’re using it to describe a generic place…

In words people probably wouldnt know what you mean, yes.

Sunken lanes. Strangely this popped up on my local areas Facebook last week.

It’s a specific place, which has a specific term to describe it in Norwegian (that I had never heard of before). Historical site and all that.

I only know this from the book: 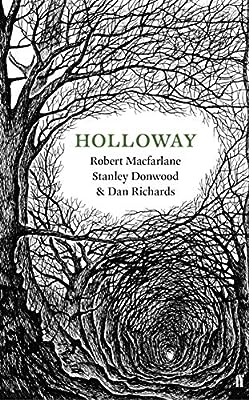 Probably sunken lane would make the most sense then

the word ‘hallway’ is much more common

it means something completely different but at least its familiar

Good point japes, hallway it is

I realised yesterday in the “Bad Slang” thread that cool people don’t say “SICK” anymore to describe something as cool. Anyone know what actual cool people say instead? It’s meant to be said by someone who’s into raves and techno and that. Caveat: Can’t be overly British. Going for a nice transatlantic tone here.