Posted in the wrestling thread but feel Bobby is someone with a lot of childhood nostalgia to the lapsed fans out there.

One of the greatest of all time: 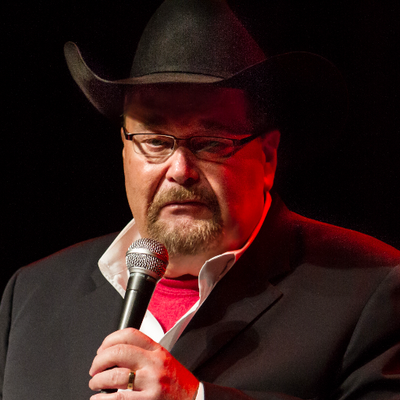 I’m a wrestling legend! If you don’t believe me, ask me!

Greatest manager of all time? Quite possibly, if not at least the funniest.

Glad he’s at peace now, saw footage of him about a year ago at a wrestling convention or something, was really upsetting as he was so gaunt, actually didn’t recognise him.

Gonna post this, his really understated but moving tribute to Gorilla Monsoon

Only watched the first ever episode of Raw yesterday, where he dressed up as a woman and a Jewish man to get past security.

One of the greatest managers of all time.

A great character from back when wrestling was fun.

Yeah definitely the best manager of all time.
Really the main villain at wrestling’s most popular time. Hu;k was the champ and the challengers changed but Heenan was the constant foil in the background. Built the archetype for the arrogant, cowardly, fast talking conman and did so with style and wit.

Heenan (along with Flair) is a big reason why Royal Rumble '92 is the best, just from him commentary (and some managing)

YOU GOTTA BE FAIR TO FLAIR