Ours is maybe a 5/10, and it’s only that high because it’s quite big compared to everywhere else I’ve ever lived. All the cupboards are a terracotta colour, which would have been great in 1993, but less so in 2020. Only three of the four hobs work. There’s a crack in the wall which might be subsidence. The whole of the back of the house is wonky so nothing is straight. Because it’s an old house it’s got the brickwork for an old fireplace, which takes up nearly half the potentially available worksurface. We got someone in the other week to look at it to see if it could be removed, and the answer was basically no. It’s got a relatively big window, but it doesn’t open, and the wood’s rotting.

2021 will be the year of the new kitchen (hopefully)

Oh also the fridge is bizarrely small - a 2 litre bottle of sugar free ginger beer is a bit too deep for it. It works fine though so I can’t justify replacing it with one of those American monstrosities, but the second it dies you better believe I’m getting the most ostentatious fridge known to man to replace it.

Basically the previous owner put it in when refurbishing the house for sale and I disagree with most of his choices.

Has the word ‘splashback’ always been a thing? Heard it for the first time about a year ago and now can’t move for people talking about their splashbacks.

I mean, she’s just a bit dated and ugly (same for the bathroom- pretty sure they’re both older than me). Also it’s such a weird, weird shape (can draw a diagram if anyone cares but I doubt you do) and I don’t feel that they made the most of the space really- there’s not enough cupboard or counter space. Also, Lino in the lord’s year 2020? I despair.
Don’t want to slag her off too much though cause she’s also got a window nook which I love, and a gas hob.
6/10 must try harder

Only wide enough for one person to stand in, so not a particularly good spot for social activity. I’ve had assistance making food only once, and it was a nightmare, so not rushing to do that again.

There’s plenty of storage space but a lot of it is pretty inaccessible, so not very functional.

Gas hob. Nice big window for some nice natural light
Reasonably good sound isolation from the living room, so can have the radio on. Lots of surfaces for preparation (*for the TV to dump her shit on)

The landlords fitted the kitchen themselves, and they’re not the sharpest tools in the shed, so it’s all a bit shit. Not a single surface is flat, including the hob, so your oil pools on one side of the pan (this is probably not good for pan warping either is it). Don’t like the tiles, and they’re textured so you have to do a few sweeps to get all the little crumbs. Not a fan of the colour of the cupboards. Fridge doesn’t fit in the fridge hole so it juts out a bit but that’s fine. The racks don’t fit in some of the slots in the oven, which presumably means that it’s not actually particularly rectangular.

It’s fine really just a bit cramped and badly finished. Oh and there’s no radiator in there so it’s always freezing.

Why don’t people like induction hobs?
really like mine, easy to clean and gives me extra surface area when it’s not on

Don’t have one, therefore the wall behind the hob of like a greasy Jackson Pollock installation

I love my kitchen, it’s only two years old and I designed it myself. The previous kitchen I hated and made do with for 8 years before finally being able to afford to renovate it.

I’ve also got an induction hob and don’t understand all the hate.

Heats kind of unevenly because it pulses, unlike gas. It is very easy to clean though.

I had gas previously and feel I have lot more control with induction.

What do you have in your kitchen ?

The optimum baked bean cooking setting for mine is somewhere between 5 and 6 and having to switch between the two irks me something fierce.

Heats kind of unevenly because it pulses

This is not correct.

Your kitchen, do you like it? Is it a large space where you’ll always be found at parties? Or is it a cramped galley reminiscent of a submarine? How’s the sink? Storage, enough or requires more? Gas hob, electric, or induction?

Let’s chat about kitchens, or not

We absolutely love our kitchen, it was one of the main reasons we looked to move and one of the main reasons we bought this place. It’s part of a large open plan space at the back of our house, but slightly separated off which is what we were looking for. got a utility room which is great and while we didn’t choose the fixtures/fittings we’re really pleased with them. The only thing we’d like to get sorted is changing the gas hob to an induction hob.

Sink is great, bags of storage. Had a few parties and it’s worked really well as we had about 30 people in the back open plan and lots of space to mingle and eat/drink etc. works out really nicely at Christmas as well because you can be cooking and still feel that you’re with everyone else.

I mean I know in theory you should get a constant temperature from the pan smoothing out the temperature gradient but in practice you can see e.g. water behaving itself then overboiling as the power comes back on. Gas doesn’t do that. 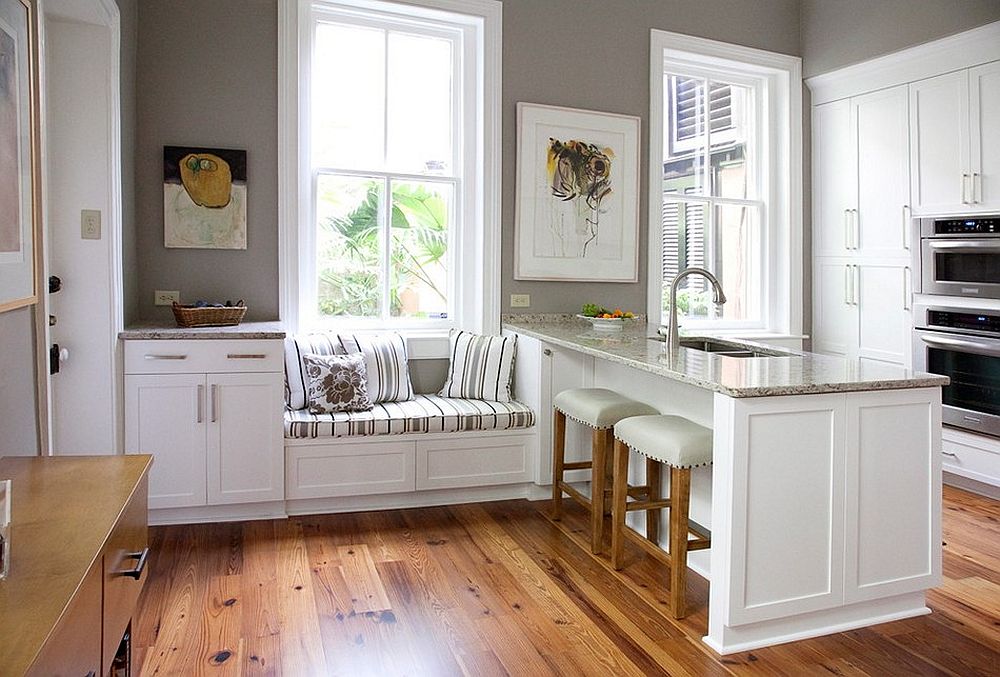 I love induction because the idea of it seems futuristic

in theory you should get a constant temperature from the pan smoothing out the temperature gradient but in practice you can see e.g. water behaving itself then overboiling as the power comes back on

There is something wrong with your induction hob.