Dunno if this really warrants its own thread but I know there’s a couple of Yugoslav War geeks like me on here and the politics thread is focused mainly on the budget atm but I feel like this is very important. So yeah, verdict today. Life:

ICTY: The court has found that a joint criminal enterprise existed with the aim of terrorising the population of Sarajevo with a campaign of shelling/sniping. #MladicTrial 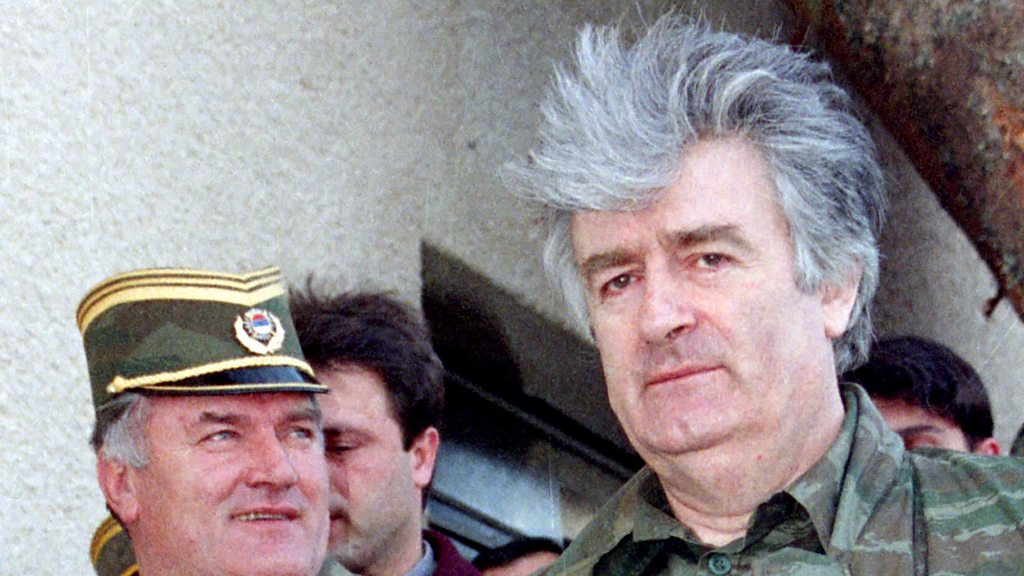 Mladic gets life for Bosnia genocide

The ex-Bosnian Serb commander is convicted for major atrocities in the Bosnian war in the 1990s.

Most of us have heard of this, but it helps to remind yourself this happened in the 90s, in Europe, with the whole world watching:

Bosnia and Herzegovina(1992–96) Herzeg-Bosnia(1992–96) Alija Izetbegović Hakija Turajlić † Sefer Halilović Rasim Delić Jovan Divjak Enver Hadžihasanović Mustafa Hajrulahović Vahid Karavelić Nedžad Ajnadžić Mušan Topalović † Vladimir Šaf The Siege of Sarajevo was the siege of the capital of Bosnia and Herzegovina, and the longest of a capital city in the history of modern warfare. After being initially besieged by the forces of the Yugoslav People's Army, Sarajevo was besieged by t...

Would recommend not reading this if you’re easily upset, what happened leading up to and after Mladic and the volunteer militias took the enclave are genuinely beyond horrifying:

18th, 19th and first quarter of the 20th Century Ethnic cleansing in the Soviet Union The Srebrenica massacre, also known as the Srebrenica genocide (Bosnian: Masakr u Srebrenici; Genocid u Srebrenici), was the July 1995 massacre of more than 8,000 Bosniaks, mainly men and boys, in and around the town of Srebrenica during the Bosnian War.

I think what happened there in the 90s and in Bosnia in particular are important because they show how easily even relatively stable and peaceful societies can fall apart, how quickly patriotism and nationalism turn sinister and poison everything (not a cheap shot - this is very relevant to our own situation atm), and how really evil shit is never far from the surface in most people. I think it’s also important because that part of Europe is still and always will be living the effects of the wars, and there is still a lot of bitterness and anger between people, as well as the crime, corruption and poverty that are pretty much direct results of what happened. Plus there’s the whole issue of what exactly the point of the UN was in 1995, how culpable is the West and its leaders, the EU’s uneasy relationship with the Balkans today, and so on.

And some of the takes from people with direct experience are invaluable if we’re trying to understand the why/how/could it happen anywhere/etc:

To me, the biggest winners of the Mladic trial remain Vucic, Seselj and the other ideological participants who have reaped the rewards of sowing violence.

As a survivor of the Siege of #Sarajevo I can only say: there is no verdict that can satisfy the victims of the criminal politics represented by Ratko #Mladić. I can just be happy that none of my close family got killed or sniped down as many of my fellow citizens.

The #ICTY in context: #Mladic will be found guilty tomorrow, remembered w Karadzic & Milosevic as an architect of the Bosnian genocide. But the product of their “joint criminal enterprise”, the “ethnically pure” RS entity, was enshrined at Dayton and remains an apartheid regime.
anon30627475 22 November 2017 15:36 #3

Blueprint for genocide: the destruction of Muslims in Eastern Bosnia

The Six Strategic Objectives could be considered as the Bosnian Genocide’s Wannsee Conference. The only difference is that the participants of this Assembly are still active as politicians in modern-day Bosnia and Herzegovina.

Most of us have heard of this, but it helps to remind yourself this happened in the 90s, in Europe, with the whole world watching:

Not if you’re Noam Chomsky or John Pilger it didn’t.

God yeah, that weird reluctance to admit what Serbian politicians wer eup to is something I will never understand.

So weird that this is one of the first major international historical events that I remember happening, although as a young child in the early 90s I obviously didn’t know the details until I had grown up (we had lots of refugees because of it etc), and it’s only now come to actually punishing this guy.

Fine, great, sorry. In my defense there are about 3000 other words in the OP and I tried to include the most interesting links I could find to witness and survivor testimony, as well as information about the wars, the shady role of the EU/NATO/UN in the region to this day, how the people there are dealing with the fallout of the conflict, how it relates to our own situation, etc. Seems like we could have slightly more interesting or productive discussions about all of that tbh.