Speaking of spooky books, it’s Shirley Jackson season for me, and I went for The Bird’s Nest this year. I was sort of worried that I really wasn’t into it (having to spend so much time with the pompous doc), but as usual it’s built up to something pretty gripping and I’m thinking about the next time I’ll get to read it and peep another glint of a hidden thing!

I’ve got The Missing Girl and The Tooth this year

Murder in the Rue Morgue is the real standout

I didn’t care for many of them to be honest. Ligeia, House of Usher and Masque of the Red Death were pretty good. Liked The Raven too of course.
Skipped a few so may have missed a couple of decent ones but

Well I did like House of Usher, especially how he described how depresed he felt looking at it at the start, that was really good. But I think because I’d read what the new T Kingfisher book was about or just looked at the cover image I was expecting a load of fungi creepiness and there was that bit at the start saying the house was covered in fungus and I was like here we go! But then that was that.

He does go on a lot doesn’t he, listing things. In that gold bug story i skipped the entire decoding bit through annoyance.

I only know them from having the cassettes out as a kid and they were read by a really good actor (it might even have actually been Vincent Price). Anyway, they were cool but I’m not sure about how they’d do now.

Rue Morgue and the Masque of the Red Death were good. The Pit and the Pendulum was decent. There was also the Cask of Amontillado (I think it was called) which is referenced sometimes too.

Just find some of these old writing styles so bizarre

Here’s 3 pages on my malaise at seeing a sad bush
Here are 9 on lists of books in the library
Here is 1 short sentence about a death or pivotal plot point, hope you weren’t skimming that bit after the tedium immediately before it, ooops!

I think of the two I preferred M R James more but I think really you’re meant to read the Poe stuff as closer to gothic poetry than prose which I think is why the audio books added a lot more to it.

Would love to hear Vincent Price reading them 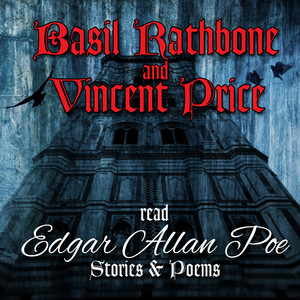 Do they get better?

I don’t actually think most of them do, if I’m honest.

I like Murders in Rue Morgue but the others I’ve read are really formulaic and boring.

Edit - and Red Death is good too.

Think my fave that hasn’t been mentioned is The Black Cat. That’s cracking.

I think they are pretty much all about evoking mood and atmosphere rather than, you know, stuff that actually happens, so can see why they’d be a slog if you’re looking for more incident.

Finished Jamaica Inn. Hoping I can squeeze another book in before I fly to America on Saturday.
Going to the library this afternoon, excited!

My reading companion for my trip round Morocco and, yep, the general consensus that it is the one of the great European novels of the 20th century is well justified. Absolutely loving it!

Read The Twisted Ones during a day of travel. They’re so good at weird bleak alternate worlds and love how easy it is to plough through them quickly. There’s something still so jarring about their protagonist doing this whole “i dont know who I’m writing this for/eugh i ahte bad grammar/hope my vet isnt reading/oh i’ll just mention my vet again 4 more times” It really makes me want to stop reading but it always tapers off a third of the way in. Really looking forward to the new one soon but really hope they pack in the weird sort of pointless 4th wall stuff.

Started on Manningtree Witches yesterday, and have read quite a few of the stories in a Rod Serling edited compilation The Three Ws: witches, warlocks and werewolves

Enjoyed most of them, some a bit “of their time”*

Also listening to Ghostland which is great but suspect this 3 books at a time thing is about to crash and burn.

Got back on track with reading with two shorter reads

The Ballad of the Sad Café by Carson McCullers which had some great characters in it, need to explore more of her works.

Pure Colour by Sheila Heti, beautifully written and left with a lot to think about. This really got me out of a rut with reading and probably also in general.

The Ballad of the Sad Café by Carson McCullers which had some great characters in it, need to explore more of her works

One of the greatest American authors of the 20th century, and one of the best character writers I’ve ever read. Very envious of you. Oh to be able to read her work afresh again.

ohh ive only ever read sad cafe too

It’s a bit like shooting fish in a barrel in that you can’t miss reading a great piece of work whatever you read of hers.

The Heart Is a Lonely Hunter is seen as her masterpiece, which it is, but her other work is just as good, especially The Member of the Wedding. But, overall, whatever you read of hers next is the right answer.