Found it memorable if not enjoyable as such. Left my copy in a box of books at my mum’s, she ended up reading it and absolutely hated it!

Not essential to be honest.

Just finished a boring and annoying thriller which was ridiculous but not in a fun way, as the twists and reasoning behind everything was all so spurious.
Also kinda hated the protagonist.

The book I read before that was also disappointing, Not Safe For Work an ambiguous ending where it absolutely felt like a cop out by the writer, rather than to make the reader think

Just finished a boring and annoying thriller which was ridiculous but not in a fun way, as the twists and reasoning behind everything was all so spurious.
Also kinda hated the protagonist.

You’ve got to tell us the title otherwise how can we avoid it ourselves?

I finished Berg by Ann Quin last night after Stewart Lee mentioned it in a podcast I listened to.

Definitely worth a read.

(there’s also a 1989 film adaptation with Richard E Grant, Killing Dad, which has some of the seaside seediness but doesn’t really live up to the book)

Books I’ve read since the start of October:

The Fire Starters - Jan Carson - I’ve just finished this, and loved it. Set in Northern Ireland with a bit of The Troubles related plot, mixed with a bit of… magical realism. Loved reading it, and some bits made me laugh, which isn’t too common with books. It’s 99 pence on Kindle at the moment.

The House Of Fortune - Jessie Burton - the sequel to The Miniaturist, which I loved. I had to read a quick summary of the first book to remind myself of the previous storyline, but I wasn’t as interested in this one. It was fine, but nothing more.

Stefan Zweig - The Post Office Girl - Released many years after his death. The first half was great, the second half wasn’t as good, but still fine. Very bleak during lots of it though.

Skylight - Jose Saramago - another posthumously released book, but it was one he had submitted to a publisher 30+ or so years previously when he was just starting out. The publishers eventually found the manuscript and wanted to release it now that he was big time, but he said no. Nice story, and you can see the beginnings of what he would become, although a bit strange seeing proper speech marks and punctuation from him!

Exogenesis/Lilith’s Brood trilogy - Octavia Butler - These were fine, but they didn’t grip me that much. Some great ideas, but parts were a bit dull, and I might not have continued with the trilogy if they weren’t written by her.

Find the way some authors write things baffling. This is from Dune

What is A-h-h? He does this a lot (Frank Herbert) in this book.

But it’s one of those things I encounter sometimes in books that frustrates me along with “uh-uh” variants which always leaves me wondering how to imagine it being said.

Either “aha” or “ahh”, as you prefer imho

I guess I meant it more rhetorically.

Why not just write Ahh? It’s annoying to read. This sort of weird choice always is for me.

Having adored the ITV adaptation of Jeeves and Wooster as a young child back in the early 90s, I’ve finally taken the plunge and borrowed from the library my first ever P. G. Wodehouse - The Inimitable Jeeves, which is the first in the series.

Fascinated to see how it differs from Fry & Laurie’s portrayal.

I only started reading these a few years ago. Spoiler alert: they are glorious. I’m not sure anyone has ever written better sentences in the English language, just one perfectly turned phrase after another.

Waugh, who is widely regarded as one of the greatest prose stylists of the English language in the 20th century, echoed that same sentiment.

Waugh, who is widely regarded as one of the greatest prose stylists of the English language

Have just started a rewatch of the 1981 adaptation of Brideshead. Such a glorious bit of TV, and does the book justice i think.

Fascinated to see how it differs from Fry & Laurie’s portrayal.

From what I recall: not a lot. Although I have a feeling they made more TV episodes than there were stories maybe.

The Inimitable Jeeves is a favourite for sure. Used to get it and Sayers’ Lord Peter Views The Body out on unabridged cassette ftom the library all the time as a kid.

Actually I think the twinning was also down to both being read by Ian Carmichael, who’d played both Lord Peter and Bertie Wooster in adaptations

A few weeks back, I visited Dulwich College to see the James Caird (boat). For whatever reason, me and my mate were the only people there and we got a personal guided tour of the Shackleton exhibits. Whilst we were there, I spotted that the library was named for Wodehouse - I asked about it and the guide let us in… turns out, when he died Wodehouse donated his office to the library, and it’s there, transplanted into the corner of the school library. Well worth a visit. Free, but you need to email and book.

There are some books I’ve had on my shelf for many years, and never got round to reading them because I want to do so in December, this then never happens because I spend the lead up to Christmas arsing about with one thing or another. This year though, this year. These are what I’m looking at:

Ooh, quite a lot there but I’m keen!

Anyone else have any seasonal reading suited for midwinter they are looking forward to or old favourites they’d recommend?

Doesn’t have to be jolly. 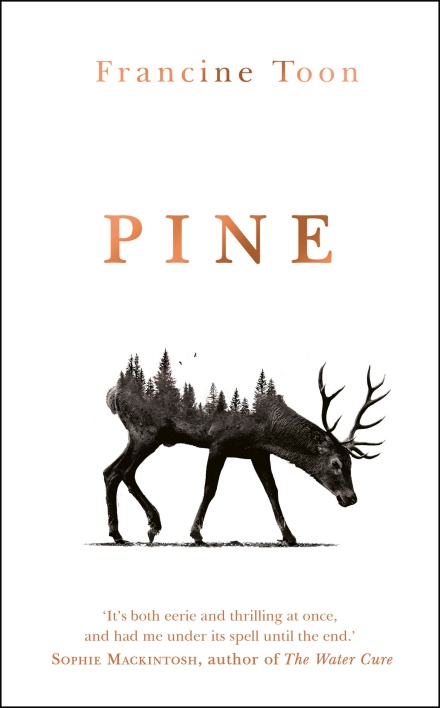 They are driving home from the search party when they s…

Winter’s Bone is also great and would fit well imho