don’t get this one, what’s the story?

I was in London Street Brasserie on Sunday and I’m pretty sure the waiter, setting down two roast beef dinners, said, “…and here are the beeves”.

Apparently it’s in the dictionary! 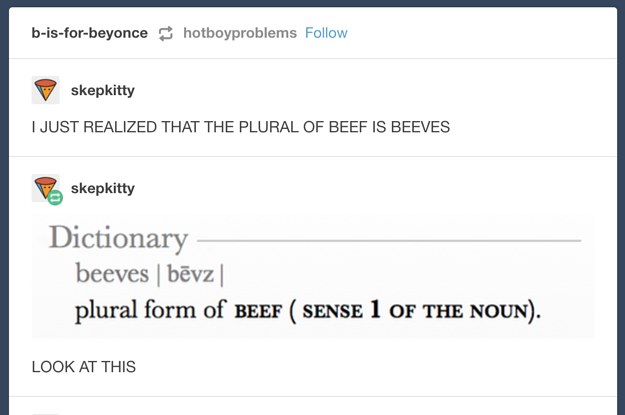 We need to talk about this.

Had a serious dig for that thread and couldn’t find it. A fine way of wasting a few minutes on a Tuesday morning.

woah, I think we need to impact this graph somewhat.

Use over time for: beeves

How do they know, I could say beeve as many times as I like and they wouldn’t know. up them, arseholes

i suggest you take your beeves up with them directly.

if they really do know what saying, they’ll be along here shortly

if they really do know what saying