Recommend some computer/video games for Kids

My son plays it on the Switch. Thinking about letting him dip his toes into a kids-friendly server and play collaboratively.

Ack, was going to get Luigi’s Mansion 3 but apparently you can’t invert the Y axis control at all

Super Mario Maker 2? Would she be interested in making her own levels? It’s actually quite accessible and not too complicated.

Ah she’s not played that enough. I have gone with Minecraft as it’s 40 AUD physical which is a good price

you can’t invert the Y axis control at all

This isn’t quite true - you can alter the button mapping at the OS level on the Switch, and save it to a Preset, so you can jump back into a game with the normal set up.

At what age did your kids start getting to grips with controller and stuff. My eldest is four and a few months and she doesn’t really get it yet. She can only really concentrate on the screen, or on either hand, so if she tries to control a character she’ll just hold down a direction until they’re walking into a wall, but by then she’ll be watching that on screen and won’t realise to stop pushing the direction. And you can forget jumping or anything. We’ve done a bit of Goose Game where she seemed to get the directions, but it hasn’t really stuck, especially when she can’t do anything besides walk around.

I think 3D games with lots of buttons take a little longer than the basic 2D ones that I grew up with. Things like frogger or pacman were easy to understand at about that age, but I can see it taking a little longer to get your head around Goose Game.

Yeah maybe something really simple like that is worth a shot. But even like a platformer like Mario is a non-starter right now, she’ll just walk straight into a goomba or off a ledge.

This isn’t quite true - you can alter the button mapping at the OS level on the Switch, and save it to a Preset, so you can jump back into a game with the normal set up.

I’ve not really used that screen much. Are you saying that it’s possible to invert the controllers on this screen too? (I had to use it in Zelda with my broken old controllers where I couldn’t click the sticks down so I mapped the camera button to be ‘crouch’.)

Yeah she isn’t putting both thumbs on the joysticks. Tends to just use the left to move and not really get the point of the right. Obviously Animal crossing is simple and this is how she’s got used to the controller. I think Harry Potter had to use both a bit but mostly a fixed POV.

Yeah, you can make Up Down and Down Up, if you are a deviant.

Luigi’s Mansion on the 3DS also uses gyro controls when you’re hoovering, and that’s inverted - that is, tilt the thing towards you (‘down’) and he looks upward, tilt it away (‘up’) and he looks down

No idea if LM3 on the Switch does this

I believe it does but I don’t like gyro really 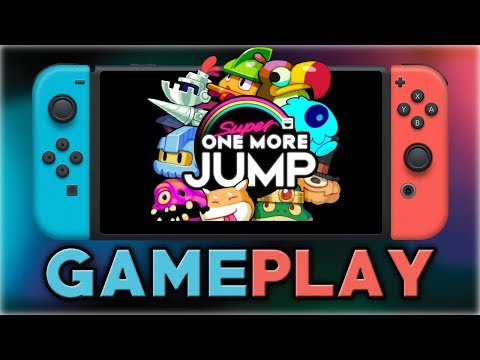 My daughter got interested watching Me playing Hollow Knight. I let her walk about in the little overground town a bit but any time she went anywhere else the first enemy would kill her straight away and she’d get frustrated. The hub world of the Lego movie video game was perfect for her. It’s very small in my eyes but to her it’s big and varied enough that she always has somewhere to go to keep it interesting but there aren’t any bad guys to harm her. She’s spent more time in it than anything else in the game and it really helped improve her navigation of 3D worlds

Hello. MsWza has suggested we get a Switch for the household for Christmas. The kids will be ~6 & ~3 at Xmas, so seems like a decent plan. I remember my folks getting an Atari 2600 in at Xmas when I was ~4. Pole Position, Q’Bert, Ms Pacman - truly magical scenes. The youngest is now juuust about old enough to grasp what’s going on and the eldest, having just started school, will no doubt inevitably have pals who are chatting about games.

When the Past was Around for Nintendo Switch - Nintendo Official Site

When the Past was Around is an adventure point-and-click puzzle game about love, moving on, letting go, and the joy and pain of everything in between. This is the story of Eda, a girl in her early 20s. Like anyone in her age, she’s lost. She lost her...

My two (9 and 6) have been loving Rayman Origins and Legends, as well as Minecraft.