Recommendations for Kyoto, Tokyo and Osaka?

Kyoto
I really enjoyed the castle (and it was a welcome relief from the heat - I went in October).
The torii gates and temple were really amazing - the views are spectacular but it is a bit of a hike to get to the top so worth bearing in mind. Also lots of stray / wild cats up there. IIRC the route up to the first temple complex is a more traditional street and really cool and felt easy walking.
The bamboo forest was okay but it was a bit of trek from where we were and wasn’t nearly as big / immersive as I thought it’d be.
The train station is really impressive and worth checking out. You can go up quite high to restaurants etc and get a bit of a view.

Tokyo
8-Bit Cafe in Shinjuku is good for video game themed cocktails and actual video games
We stayed at a cheap place in Asakusabashi which was a bit less intense but had plenty of bars, restaurants etc and was pretty good for transport to the hotspots. Also near Akihbara with all the neons and manga.
Another shout for the ‘drink’ alleys - I think the one I went to was really near Shinjuku station.

Hiroshima
Definitely worth a visit if you can fit it in. Depending on what you’re interested in, there’s the Peace Memorial/Park, Dome and museums which are very interesting and sobering. I didn’t go to the castle but the TV said it was really good and you could try on samurai armour /period clothing etc. Heading out to Miyajima Island is really worth it because the sites are amazing - we went in the evening so avoided the crowds and it was the highlight of the trip.

When I went it rained and the shrine had scaffolding on it: In Kyoto, get yourself to the Manga Museum, which is great.

In Japan generally, keep a look out for ‘live houses’ where you can catch gigs. Recently went to a tiny place called Club Nano in Kyoto to see what turned out to be a roster of really good shoegaze bands.

If at all possible in Kyoto, arrange for an interview with a miko, an apprentice geisha. They are completely otherworldly.

Tokyo is not quite as great as it used to be. It’s very much a huge modern city and Shibuya is really just a souped up version of Piccadilly Circus. That said, do the Shibuya Scramble crossing, which is to go diagonally across four zebra crossings. The first time you do it the carnage is like the beginning of Saving Private Ryan.

If you can get out of Tokyo, then the Black Castle of Matsumoto is fairly close and is just awesome. I bloody loved Tokyo. Just getting a train to all the different neighbourhoods and drinking it in was immensely enjoyable. Shinjuku, Shibuya, Akihabara, Harajuku and Yoyogi Park, all great for different reasons. Daiba and the other bits that were reclaimed from the harbour are cool too, and less manic. There’s a robot museum there

Wasn’t a huge fan of Golden Gai, actually. The bars are tiny and a lot of them don’t accept foreigners, the ones that did were full. We wandered round for ages and eventually found a decent one but overall it didn’t live up to the hype for us.

Matsumoto Castle was so good, and the town itself was nice too. Would have liked to spend longer there.

My favourite thing that I did in Japan was climbing Mt. Fuji but you might not be able to do that in March. Check it: My recommendation would be there are other letters than O in the alphabet guys.

oh and we went to Fuji-Q theme park which is really near mt Fuji. Lots of queues but when the clouds cleared Fuji looked amazing.

Very long time lurker - had to sign up when i saw this post! I went last year, but had my sister in law (who’s originally from Japan) to guide us which really helped.

Kyoto is amazing! The Kyoto tower is worth a trip up for the view and it’s dead simple to find. The place with deer is Nara and is absolutely AMAZING! It’s about a 45 min direct train from Kyoto (Nara station - pretty cheap) and there’s deer everywhere. If you offer them a snack they will bow to you and await their food. It’s so worth the trip - theres also some beautiful buildings there too.

Inari is also so worth a trip to see the red gates, its quite an easy walk to the top although take plenty of water if it’s a humid day. The gold and silver shrines are also well worth seeing. My wife and brother made us visit the nintendo building which is in town if you are thus inclined. Also found bus travel in Kyoto way easier than i thought it would be. Its as near to a tourist trap as you get in japan at the bottom, but its still very very low hassle.

I found the food way cheaper than people had told me beforehand, but because we had a fluent japanese speaker that could be why. The secret seemed to be take the limited time (2 or 3 hrs) option and you can eat or drink whatever you like for that period of time whereas if you paid indiviidually that would be way more expensive. We ate like that pretty much every evening.

The hotel we stayed at (right next to the bus station) had one of these buffets on their roof which had a fantastic view as the sun sets but i’m sorry i can’t remember the name! If you need it, i’ll ask my brother.

So much more for Tokyo but i’ve waffled way too much for a first post on a ropy bluetooth keyboard. i’ll dig out some tokyo stuff later if you want it? We went to some other great places but did have a car some of the time so i’d rule them out.

Anyone bought a Rail Pass? The train from Kyoto to Tokyo seems to be about £90 one way, and a 1 week pass for all of Japan is £200 or a two week pass for £300, so maybe this is worth it? Or are local trains pretty cheap.

I’m not paying for the flights or Kyoto hotel (competition prize), so although we’re on a budget, that could be doable.

Wow that’s gone up! Was worth it for me, but i went to tokyo, kyoto, osaka, nara, hiroshima.

Beware it’s not valid on some lines.

Every guide I read ahead of time said to get a JR pass, they easily pay for themselves if you’re travelling around as trains in general are not cheap. Some smaller, privately run lines are not included, and the faster Shinkansen but there’s always a slower alternative available on those lines.

Yes, the JR Pass is well worth it if you plan to do excursions out of the cities (plus it’s a huge time-saver- just wave them at the guards and they let you through). You need to arrange them before you fly out though, and it isn’t valid on some private lines (including the Tokyo Subway, although you can use suburban rail instead)

As for additional recommendations

Hakone- You might get to see Mount Fuji, and Lake Asho’s rather picturesque

Robot Restaurant- If you enjoy things that are tacky and insane and very much an “only-in-Japan” experience, this is the place to go, even if it is mad overpriced and run by the Yakuza

Day-trip to Nara, as mentioned (Todai-ji is incredible, as is watching deer attack tourists). If you’ve got time, stop off for an hour in Uji- the Phoenix Temple Byodo-in is astounding.

Arashiyama- The Bamboo Forest is OK, but the Okochi Sanso Gardens are some of the best in Japan if the weather’s nice. View from the top of Arashiyama Park is pretty ace too.

Osaka Aquarium- Not really into that sort of thing usually, but it’s a really cool building (and open late, so good for that time between the temples closing and getting mad drunk on Asahi).

Heyooo
I’m off to Japan in march too. Whilst you’re there there’s a sumo tournament in Osaka, tickets go on sale end of January.
And there’s a fire festival in Nara where the temple has fireworks and stuff.

If you’re in Tokyo on a Sunday this is cool, it’s free and they have wardens directing the cyclists. You need to be early as bikes get snapped up. 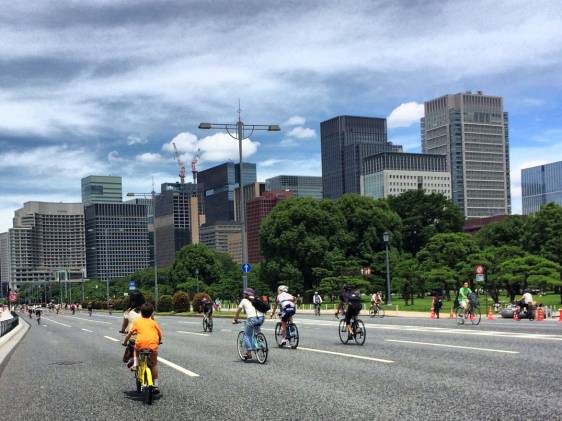 This is a great Sunday activity, especially if you have kids and it's Free! The Imperial Palace Bike Ride is an easy 3km ride around

I’ve never been, but for food recommendations, this woman’s blog is pretty good, she’s written about several places in Japan: 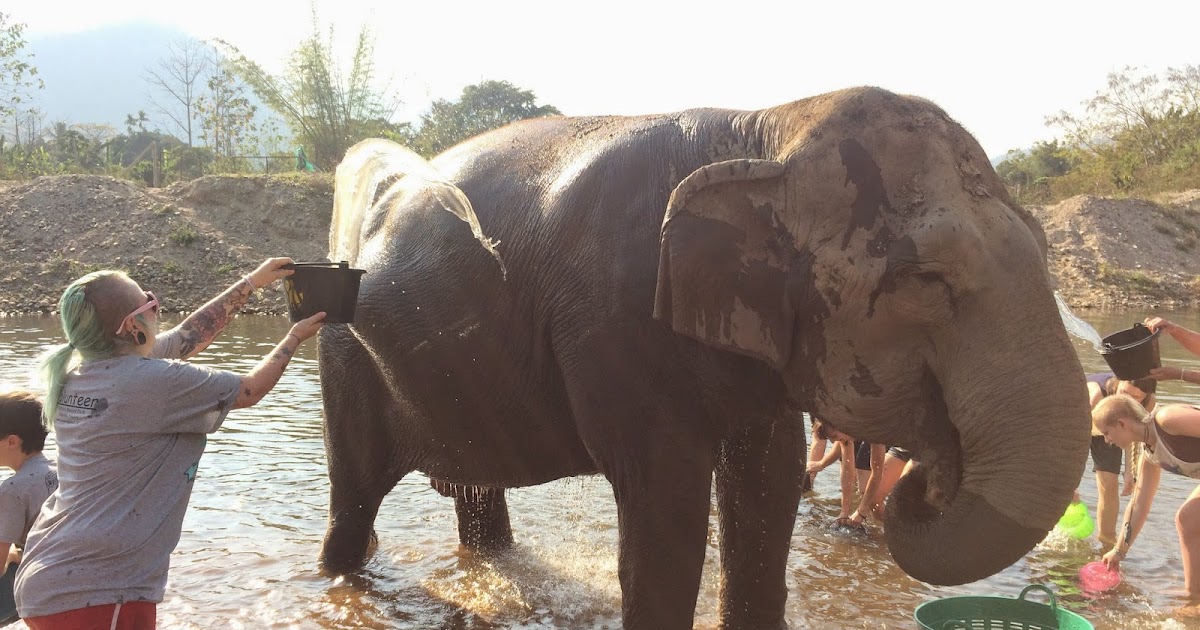 Here are all of my travel posts from Asia! I left the UK to travel full time in January 2015 and spent over 15 months in Asia. I've travelle...

I’m a big fan of the happy cow website/app when travelling too.