Report on Race and Racial Equality in the UK

Report not released yet but read this and it has made me absolutely irate and scared about how it is going to be used to justify cutting services, funding etc. 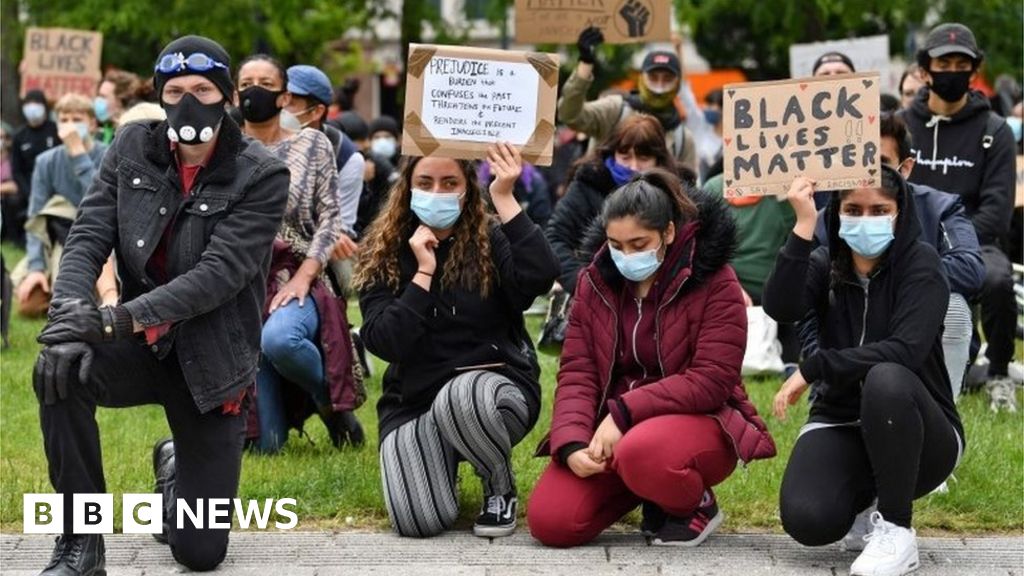 But one racial equality organisation says it feels "deeply, massively let down" and the government has lost trust.

Issues around race and racism were becoming “less important” in explaining inequalities, the commission concluded, and in some cases were not a significant factor.
However, it noted that some communities continued to be “haunted” by historic racism, which created “deep mistrust” and could be a barrier to success.

A complete refusal to accept the role that structural and societal racism plays in poverty, healthcare, criminal justice. Not to mention the reference to ‘family structure’ being a main cause of inequality which is both highly racist and misogynistic. And then goes on to blame Black and Asian communities for being “haunted” and that they are their own barrier to ‘success’.

I know this was said by the Home Office previously, but how on earth can the Home Office dictate what training should and should not be provided? And seemingly mandating their own racism-isn’t-real training instead.

This report is going to be incredibly damaging, and used for years to come to gut services and threaten anyone in the public sector speaking about institutional racism. The summary of the report seems to be “no issue here, let’s divert resources to white people instead”.

And they just don’t care. They’re openly admitting using Black Lives Matter as a springboard to deny racism and create a justification for cutting services, most of which are hanging on by their fingernails anyway.

Several years ago I was naive enough to think that equality and progressive values were essentially an upwards curve, sometimes slight and other times sharp. It’s hard to imagine how I was able to think like that now. 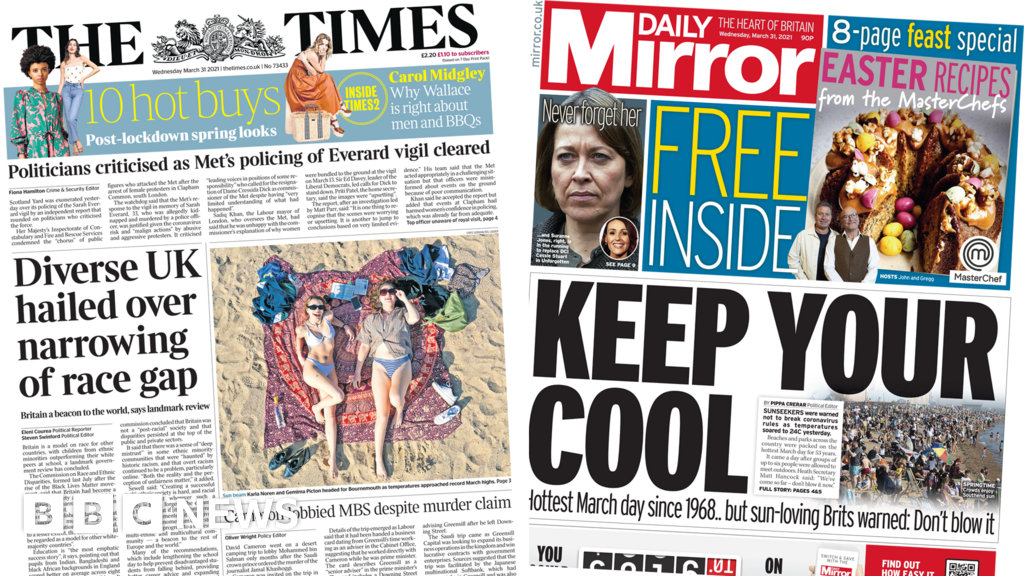 A government review's finding that the UK is a model on race for other countries is among the front-page stories.

Some of the predictable headlines. The Guardian haven’t even bothered to put it on the front page and go with ‘The Met did great, actually’ instead.

This feels like the marching orders to the culture war

Honestly don’t know what the reaction should be. To say the uk is an exemplar in racial equality and should be a model for other “majority white nations” (a term which feels dog whistly in itself) is so clearly a deliberate provocation.

I fucking hate these people so much. 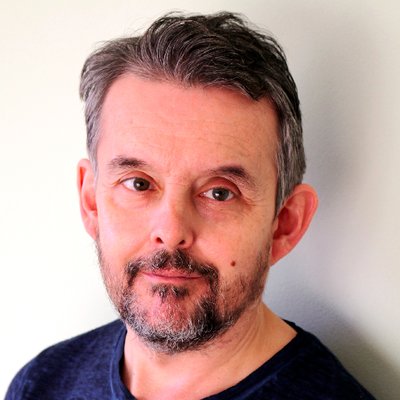 An aside to No 10 race disparities report: the way it was released showed some pretty cynical news management. Full report is 264p, but they gave only a careful, 800w précis at 5pm yesterday. No reason given for late release; assume it was to limit time to gather responses.

So predictable. This country is utterly absurd.

Sewell has attracted criticism from some of his views. In 2006, Sewell claimed that boys were being failed by schools because lessons had become too "feminised". Sewell's comments were criticised by John Dunford, general secretary of the Association of School and College Leaders. Dunford accused Sewell of making "sweeping generalisations" and argued that "Schools have put an immense amount of effort into raising boys' achievement in recent years, just as they did for girls in the previous years"...

In 2010, Sewell wrote an article in Prospect magazine in which he argued that “much of the supposed evidence of institutional racism is flimsy”. Speaking in July 2020, Sewell explained that he did believe that “racism exists in structures”, but added: “I do think some of the disparities there may not have origins in race. They could be rooted in class, different geographies, or different powers”.

It’s not that I necessarily have an issue with his 2020 comments there but he’s definitely the guy you’d pick if you wanted not to find institutional racism.

@aboynamedgoo please confirm if this is true

@jamcjo @OwenJones84 The Dutch have a great saying for this: “We from Toilet Duck recommend Toilet Duck” https://t.co/CqTtNzmP2y 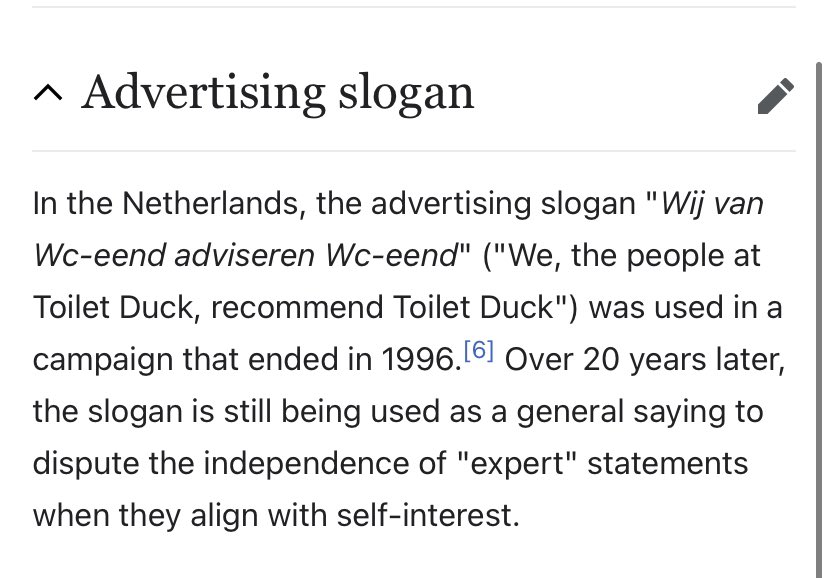 please confirm if this is true

I WANT TO FUCKING SCREAM https://t.co/1GhJwu4SVr

This is gross divide and rule, model-minority shite

"We were impressed by the ‘immigrant optimism’ of (...) new African communities. They are among the new high achievers in our education system. As their Caribbean peers sit in same classrooms, it is difficult to blame racism in education for the latter’s underachievement." Eh eh.

I humbly suggest the author of the report has decided to frame their own personal views as a viable theory, but did not support it in this section https://t.co/z2Vsdvcq2G

The UK isn't *that* systemically racist because Thatcher destroyed the North, and they're all white up there https://t.co/KoeBnXqOnu

Came here to start a thread about this and delighted @wileycat is on it. Not really delved into the report but the beeb report on it threw up some absurd details.

The article points out that there were like five or so reports from 2017 that threw up very different conclusions, so are we to conclude that the UK has had a total sea change in just 3 years?

yeah fucking hell i just saw this doing the rounds

Slavery ‘Not Just About Profit And Suffering’, Government-Backed Race Report...

Tony Sewell is certain he knows why black British boys are stabbing one another in the streets, yet — despite his background and expertise — politicians will not listen to him. “People who have got

of course we are 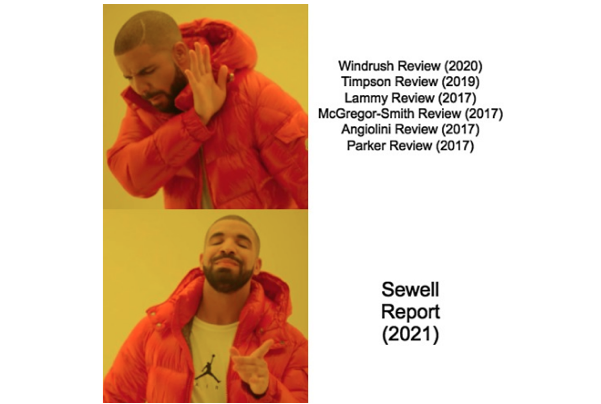