Republicans are the new punk 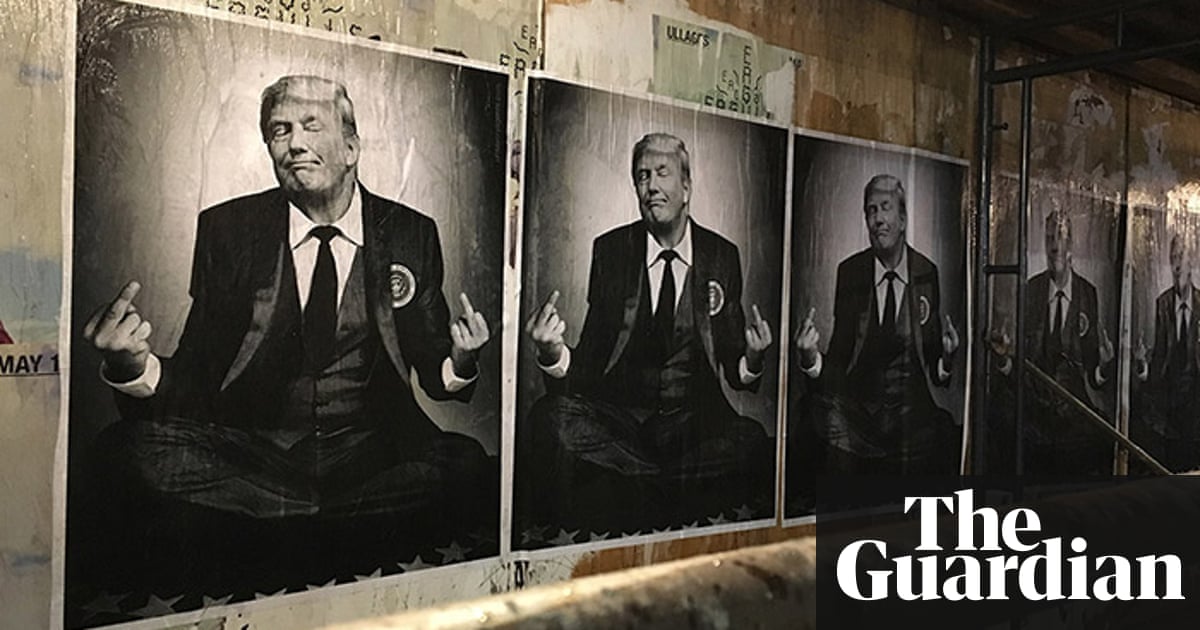 'I think leftism is a disorder': is this artist the rightwing Banksy?

Street artist Sabo shot to fame during the 2016 US election with his politically incorrect approach. Now he’s plastering LA with controversial works

Fucking hell, where to start?

Probably by ignoring it

Well he definitely seems like the kind of sensible, well-adjusted man I’d expect the US Marine Core to spit out…

Not sure where to start but I stopped reading when I got to “fuck peace”. That’s… silly

christ, the only thing worse than banksy would be a ‘right wing’ banksy

Probably by ignoring it

A right wing @banks would probably still manage to be a great bunch of lad, tbh.

When they’re just publicity trolls you’re darn right it is!

His hotel on the West Bank is all kinds of bleak