“Both are fine with me”

Imo people’s objection to the touts is not that the artist/promoter is losing out (because they’re not), it’s that the customers are being ripped off.

It’s like saying landlordism is bad because the house builders are being ripped off.

Just to clarify, because I find it a bit uncomfortable to have a post quoted here outside of the parent thread, my post above is from the NFT threads and about the idea that records shouldn’t be repressed and that labels/artists should get a cut when they get sold at higher prices on the secondary market.

On this topic; ticket touts prey on FOMO, and they exploit fans. Same goes for record flippers tbh.

Stuff that is sold because someone no longer wants it for a price related to the original is fine.

Sorry, I didn’t mean to quote it out of context. I started replying in the other thread and realised it’s a whole other topic really - and was being mentioned by others in the NFTs thread.

I guess it feels different having run a label, and seen people sell the Kaisers debut single for £100s, when after paying everyone involved, I lost about £1500 releasing it (gained a lot of exposure though, etc etc). I also only have one copy of it. Not that I need more than one.

On the flip side, we did make a Komakino single in meat packing, with a different polaroid taken and signed by the band member who took it. We sold out in a few days and fans were soon reselling the extra copies they bought - the band kept a few and sold them to fund some live dates a little further down the line.

People used to do this with daily travelcards outside tube stations

People used to do this with daily travelcards outside tube stations

Yeah, used to be a thing to give homeless people your travelcard and them flog them cheap to people going for a night out. Was what got me thinking about the difference in train tickets to flight tickets… obviously terrorism, like hooliganism with football, is what makes things different. I still think gig tickets should be more like Dice, and the ability to sell it back to the venue if you can’t make it… I managed to get into quite a few gigs at Festival Hall as they do returns, and not many other venues do it.

Are ticket touts even a thing anymore? I know there’s stuff like Viagogo that price gouges but anyone can find properly priced secondary tickets on sites like Twickets etc and even official ticket sites like See have resale platforms now that mean you’re not paying more than face value.

Pretty sure they don’t stop “sell out” of train tickets when they reach the amount of seats available. Or any amount. … have you ever been on a train? 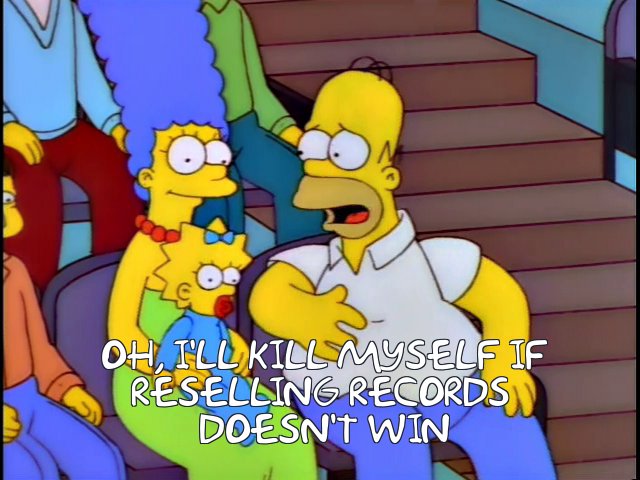