Retirement: Get Rich or Die Tryin' 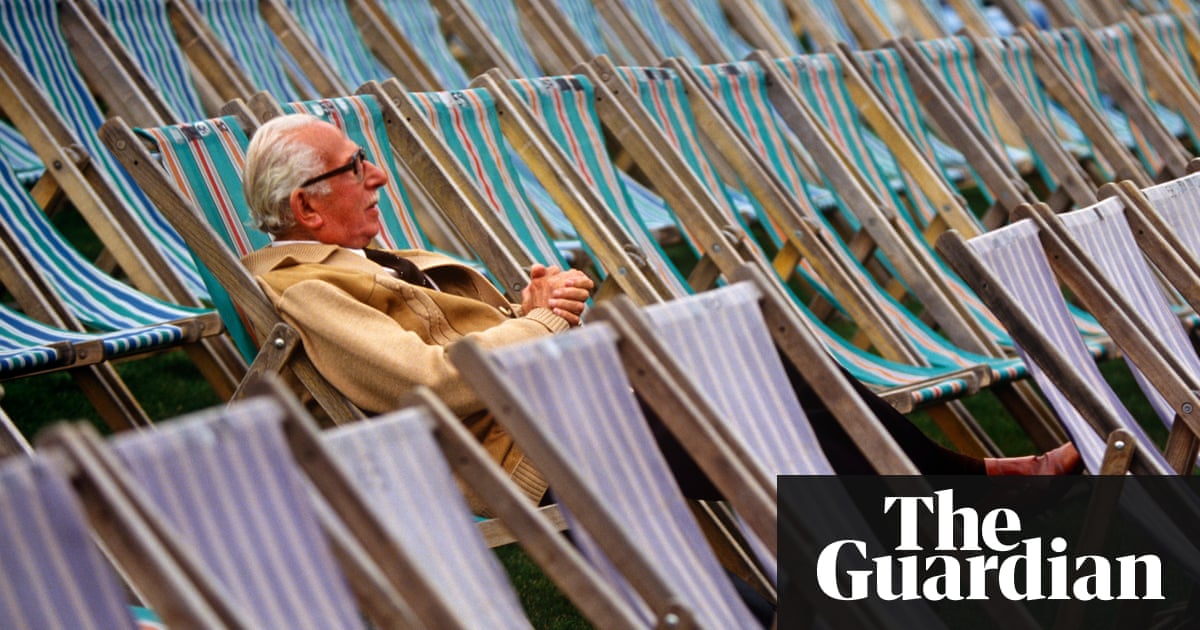 A world without retirement

The long read: The population is getting older and the welfare state can no longer keep up. After two months talking to people in Britain about retirement, it’s clear that old age is an increasingly scary prospect

Currently looking to sack off my job for something I’m interested in, but slowly climbing the corporate ladder until I get a decent wage would be the sensible choice with things looking so dire.

Absolutely nail as much money into a pension as I can whilst taking advantage of generous employer pension schemes (current one puts 6% in which is reasonable).

Work to ensure I’m mortgage free by 65 with the potential to downsize and release equity from any property I have to top up pension.

Any money I’ll receive from my parents after they pass away will be chivved into savings for retirement too.

Option 1 seems the most appealing.

having lots of kids and playing the lottery.

Fuck knows. Literally impossible to accurately envision anything 40 years in the future. Hardly seems worth worrying about right now.

(At some point this year I will ensure I have a pension on the go I guess).

Retire at 56 and live cheaply. That’s it.

Yeah my general unease about the state of the world is one of the main things stopping me from worrying about this too much.

It’s not even about the wider state of the world, even trying to model probabilities for one person’s life is nearly impossible. I’m 29 now. Ten years ago I had no idea where I’d be a decade later - where I’d be living, the job I’d be doing, that I’d be married or have a kid… So trying to imagine 40 years ahead is so far beyond my scope. Will I still be in this country? Will I have more kids? Grandkids? Where will my career have gone? Will my parents have left me money? Will I have won the lottery? Will robots now do all work and people live on UBI?

I know a pension is a hedge based on the fact that I’ll probably make it that far and it’s worth having a safety net if I do, but it does feel very remote. I’ve winged everything so far and it’s going okay, you know?

Obviously retiring early is the dream but based on my current projections I don’t think that’ll be possible.

Whilst thinking about all of this IS painful… I’ve actually found looking at pensions calculators not too scary. Your outgoings reduce significantly when you retire and SO LONG AS there’s no rent or mortgage to be paid and assuming a pot for 20 years then it’s achievable. Say you need a pot of about £xxx,000k in today’s money (not including state pension) for a comfortable, unflashy retirement. It’s not easy to achieve but not unduly scary once you break it all down and be realistic about what you need to save.

Whilst this is true - it is highly probable that you will live until almost 90 and you will need some money to support you whilst doing so. Also putting ANYTHING into a pension now is beneficial because the longer it’s there, the more compound interest it generates.

Like I said, I know this isn’t a mature and responsible attitude and I will seriously look at getting a pension started this year (pretty sure I’m automatically in one with this company but I didn’t pay attention when I started), but you can’t make me care about it in any meaningful way.

it is highly probable that you will live until almost 90

That’s nice of you, but I drink a LOT of beer.

Cass Sculpture Foundation is a not-for-profit organisation that inspires and enables creativity in contemporary sculpture.

We all live and die by our choices. All of us.

Think I’d rather drop down now to 4 days a week and retire later, rather than focus on early retirement.

Retirement was presumably a kind of never never plan in the original conception, wasn’t it? I thought the ages of 60 and 65 were specifically picked because at that point it was very rare for people to live to that age, certainly working class people, so the notion was that very few would get there and they would get a little time to enjoy without work?

Maybe that basis of the retirement ages is urban legend, but otherwise it strongly implies it was never expected to be this way and working until you die was basically the expected norm all along.

Oh, I appreciate there’s tonnes of bad things that can happen. But in some ways I find those reasons even less compelling. If I’m going to snuff it out early, then why save now? (I know, I know).

Shit, do I need life insurance as well?

So basically the boomers invented a “retirement age” so they could all have a lovely time on cruises and shit. Now we’re snapping back to the normal.

Yeah I’m lucky. Mortgage gone next year, two salaries, no kids, final salary pensions. Given that I’ve been a heavy smoker for most of my adult life I’m determined to squeeze at least a year or two of living the life of Riley, aka watching Homes Under the Hammer all day and eating beans on toast.