With much sadness, I must announce the passing of one the world’s great writers - John le Carré. curtisbrown.co.uk/news/a-stateme… https://t.co/HbC3WZzQFF 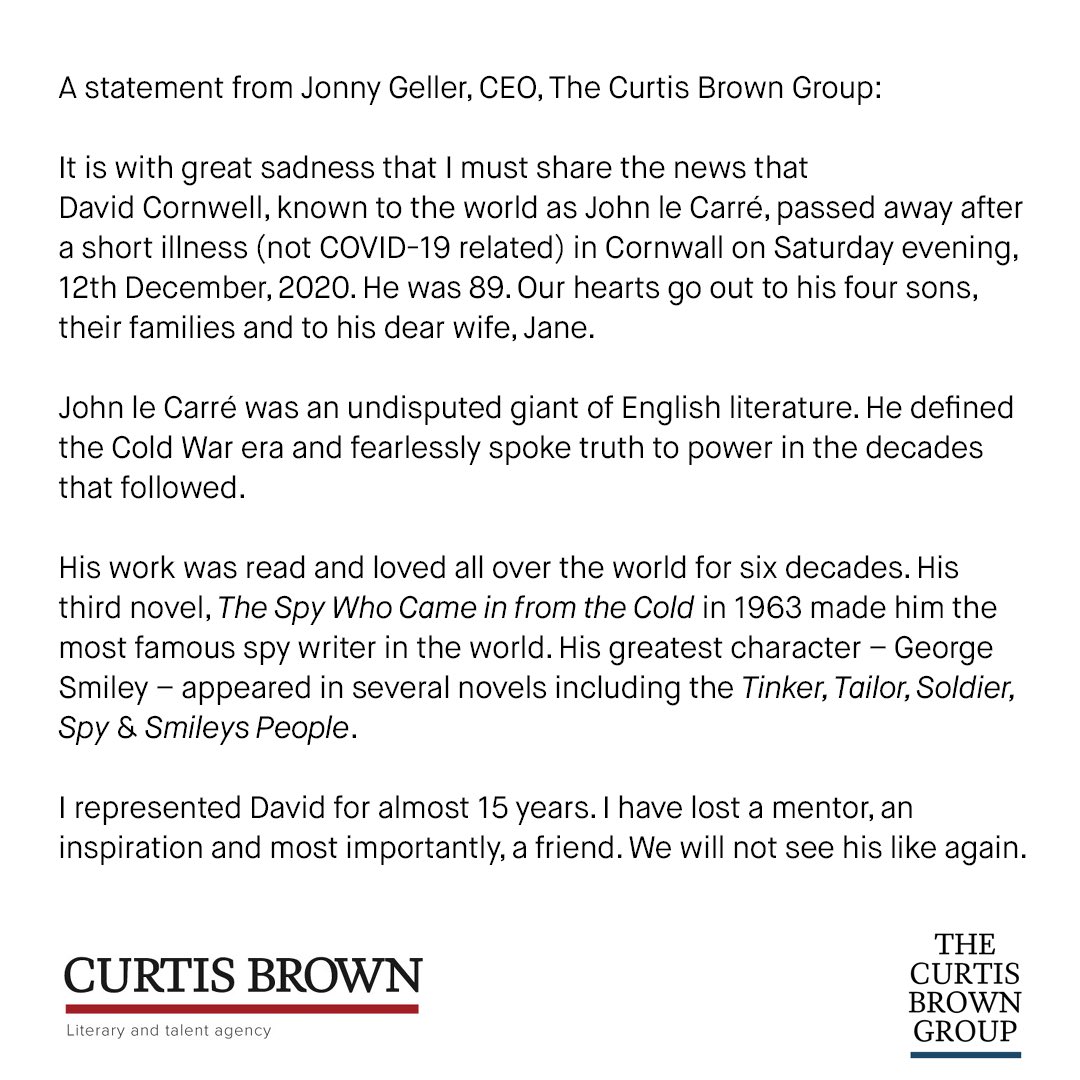 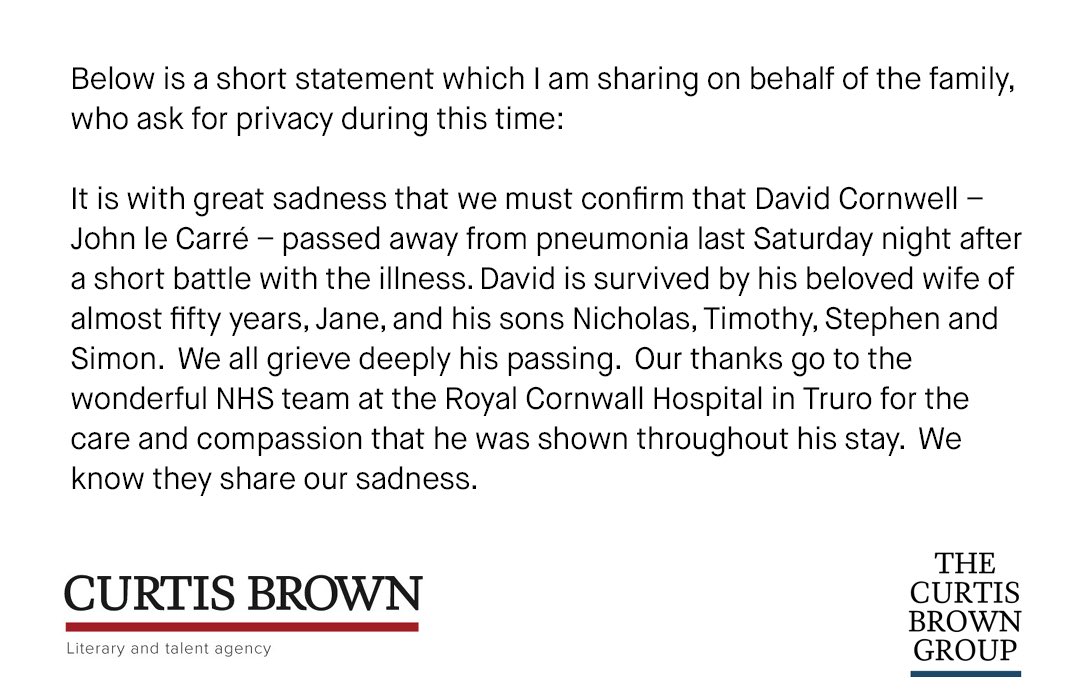 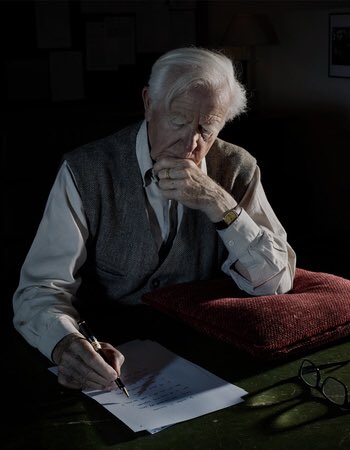 Sad news but 89 is a good age! Been a big fan of his for a while now. He was such a good writer

Oh man, yeah very sad to hear this. I still haven’t read the recent Smiley book he put out but I did read all the other connected spy novels after seeing the film and they were great.

Also, his son’s book ‘The Gone-Away World’ is really really great too, if you like sci-fi.

I read Legacy of Spies the other year and would really recommend it. Definitely ties up a lot of the loose ends that exist between The Spy Who Came In From The Cold and Tinker Tailor Soldier Spy.

Also some great bits where you have Alec Leamas just hanging around, chatting with Peter Guillam. Don’t remember them meeting in any books before

TBH I can’t even recall who Alec was off-hand. Part of the reason I’ve not read it is that it really deserves a re-read of the whole cycle first and I don’t have loads of reading time right now. I guess I could skip Tinker Tailor as I know it pretty well and maybe The Honourable Schoolboy as it’s just a BEAST and hope I remember enough to keep it together

He’s the main spy in TSWCIFTC, who Richard Burton played in the film. George Smiley’s in it as well briefly.

Actually if you don’t have much reading time, would be a much better choice than rereading the later books. Much leaner and more tightly-plotted. Excellent plot-twists as well

Remember reading A Small Town In Germany and feeling like I understood the Cold War better from that than the entire term we spent on it in college.

He was probably a rotter because cmon, he was a spook, but I always admired the way he shunned publicity entirely and lived a quiet life occasionally popping up with another book which surprisingly remained good reads well into the 21st Century. RIP.