Well is wrong on two accounts then.

I do love a bit of Doom, but I’m not a fan of podcasts (unless cycling related), so I’ll leave you to your work.

Just for the money, isn’t it? Some scraps of tracks without much narrative or structure.

There’s that line about doing it for the bucks and how the back end sucks in Back End.

You think so? I feel like there’s a fair amount of narrative to the record and evidence of a lot of care put into it. On Vaudeville Villain he collaborated with a team of four producers - because of the difference in styles on the beats I suppose it can seem a bit disjointed at times. But the song “Let Me Watch” is a lot of narrative illuminating the Viktor Vaughn character.

Sorry man, I thought you were talking about Vaudeville Villain, not Venomous Villain. Forgot Back End was from the latter. Just thought it was interesting that album was released on some now-defunct label and never really talked about.

Came in to post that line!
“Dub it off your man, don’t spend that ten bucks,
I did it for the advance, the back end sucks”
I seem to remember that album appearing when DOOM was just everywhere and it seemed totally half arsed.

I’m a total DOOM stan. Operation: Doomsday! probably my favourite, but lyrically he took it to another level on Vaudeville Villain. The Drop is just amazing.

Giving this a listen now. Good to hear MF Grimm get a mention! DOOM’s first appearance as DOOM was on Grimm’s Take Em To War, which he also produced and it a total banger. Grimm ended up in a wheelchair after being shit. 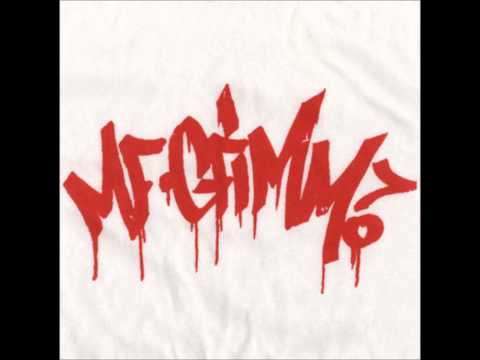 Oh. You mentioned that. Grimm is an interesting character. I read in an interview with him that he was meant to be on Live At The BBQ

I know it isn’t well-rated but I really like Dangerdoom.

funnily enough the other week I disappeared down a black hole of related links and ended up reading an old interview with joe fatal on unkut about that, he said that grimm was knocking about the studio when it was being recorded but there wasn’t any talk of him being on it or anything

It’s actually not that interesting, but I was seriously gassed (faced). Ghostface did a show for Red Bull at Shoreditch House and I went with a mate. A mate of his had arranged it, so we were invited over to their table after the show. I was very reluctant as they were all eating, but did it anyway. We were introduced to the table (did a very awkward handshake with Ghostface and Sheek Louch who looked like they just wanted me to f**k off) including someone he called ‘Daniel’. As soon as I heard…

I also went to see him DJ once and sent one of those imposters to do the set for him.

Yeah, Grimm certainly is an interesting character. Especially the way he intertwines with DOOM’s career. I wanted to talk more about the beef that developed between the two because it’s pretty interesting, but because DOOM doesn’t really talk about it it was a little too Grimm-centric. In the process of researching this episode I found this really great interview with Grimm where he details it. Check it out:

It’s a really fun record. I’m with you - love that one.

Interesting ranking. I’m curious to hear why you like Operation: Doomsday so much. It’s a great record, but I prefer MM… Food, Vaudeville Villain, Take Me To Your Lead and Madvillainy to be honest.

I know I am going against the grain of public opinion here but I prefer ‘Born Like This’ myself. I can’t put my finger on why but that’s the LP that’s stuck with me most (even though I’ve been rinsing Madvillainy recently).

that’s a good article. did get a laugh out of this line though:

“His next album, slated for release in early 2007, will be a collaboration with Wu-Tang Clan’s Ghostface Killah”

I think I love the circumstances around Operation: Doomsday, as well as the music itself.

Was a fan of Mr Hood when it came out, then I just assumed they’d retired. I read a couple of things about Black Bastards but didn’t really know too much about the situation, and it being pre-internet days it was hard to find out much information, let alone locate a bootleg. Then many years later I see that Fondle 'Em had reissued some of it, which then led me to discover that he’d actually reinvented himself and had become part of that really exciting late 90s independent rap scene. Serch had reappeared in Non-Phixion, Godfather Don was doing stuff, Zev Luv X now wears a metal mask and puts out these really gritty sounding records on an indie label, and Kurious Jorge is on it - it all just felt so raw and really caught me off guard.

I bought the CD as I wasn’t really buying much vinyl at the time and just wanted all the 12’s in one place. But the way he re-recorded lots of the tracks, and tied it all together with those Marvel samples, it really didn’t feel like a compilation - just flows together so nicely. Plus the way he ends it with ‘?’ is brilliant. Remember hearing it for the first time, and looking at the photo on the inlay of Subroc and an RIP message, and DOOM’s eyes blacked out, and just thinking “Oh, shit! It all makes sense”.

Just a classic in every sense.

Doing a clear out of all my CDs. Might hang on to some of these though…