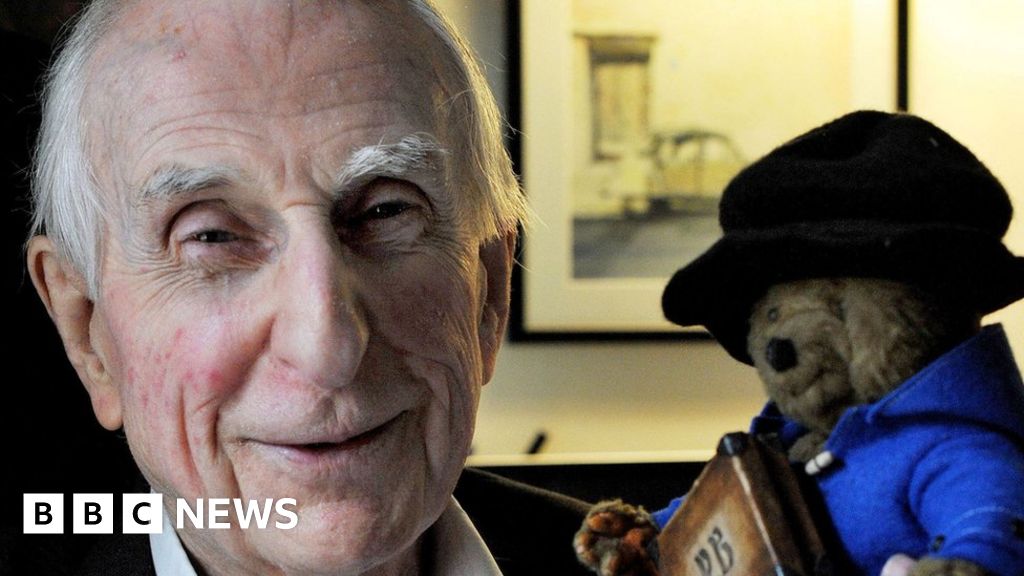 The best-selling children's author died at his home after a short illness, aged 91.

Paddington Bear is genuinely one of the Britains’ finest cultural creations, gonna make a marmalade sandwich for tea in his honour

I was amazed to discover he was still alive last year. Bloody good innings.

Gotta squeeze Brian Cant in there too.

Gotta squeeze Brian Cant in there too.

and Leo Baxendale, and I know it’s a few years ago now but I’m still gutted about Oliver Postgate

Shit it’s all kicking off isn’t it.

When I worked at a book magazine my colleague interviewed him and said he was as lovely as you’d hope.

He actually had a small cameo in the recent film, which is very sweet.

Big fan of the jar of marmalade left as a tribute in Paddington station. Imagine giving the world as much pleasure as he did.

My daughter wrote him a fan letter some years back and he sent a handwritten response. A proper old-school gent and no mistake.

Would be great if by the end of the day it was surrounded by marmalade jars. And an inflatable ET.