Just blasted There Is Nothing Left To Lose over breakfast, what a great album. Such sad news to wake up to this morning, seemed like a good dude and an absolute powerhouse of a drummer.

Not a Foos fan really, but he seemed like an infectiously happy person who really enjoyed what they did. 50 is no age at all and really sad for his family and friends.

Seeing them touring nothing left to lose in 2000, was an absolute highlight of my youth.

Such a huge loss, he seemed like such a great guy and a great drummer too. 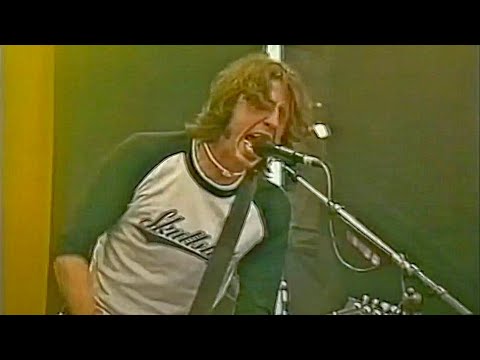 So bittersweet watching this, didn’t even realise there were clips online from this gig. This was such an awakening for teenage me. Vividly remember the timpany drum in the monkey paw as well.

This is such gutting news.

Watched a documentary on Jagged Little Pill recently and didn’t realise he was part of Alanis Morrissette’s touring band when she blew up – even in his early twenties he was an unbelievable drummer.

Saw the Foos loads of times across festivals and headline shows and they were always fantastic. I can’t imagine they’ll go on after this.

The fact that my initial introduction to him was as Alanis’ touring drummer just highlights how he somewhat broke the mould when it came to drumming personalities. His charisma combined with his talent made him instantly memorable.

Sad news, saw foos a few times also saw him support supergrass on their farewell tour and he seemed like a nice guy.

Caught them headlining Reading at exactly the right age to be blown away by it. 50. Fuck.

Phenomenal drummer. What the heck.

Horrible news to wake up to. His poor family. I absolutely adored the Foos as a teen, There Is Nothing Left To Lose has some absolute stonkers on it. Gonna spin it today. RIP

Not really a fan but they were always better than I expected when I caught them live. Seemed like a good guy, and no age to go at all, really sad stuff.

Started going to festivals in 98. So between then and like 2004 pretty much saw Foo Fighters at least once a year. What a live act they were, even if I’ve never been the biggest fan of them on record.

Not many acts where you vividly remember watching the drummer, but they were always one. A force of nature. Just such sad news. Awful.

Absolutely horrible news. A great drummer (better than DG for sure and I have lots of love for him) and always seemed to be a great guy.

Being a teenager and drunk with your pals in the crowd and hearing ‘Ladies and gentlemen…Taylor Hawkins’ as he launches into Hey Johnny Park is probably the most joyous thing imaginable and I thank him for it.

Didn’t realise he was so highly regarded as a drummer as posts in here suggest tbh. Never really seen him get any praise on drummer threads (or any discussions outside of DiS).

Maybe he wasn’t technically the best (I’ve no idea, he sounded great to me) but in terms of showman rock drummers following in the footsteps of John Bonham/Keith Moon/Roger Taylor etc he was extremely popular, yeah.

Yeah I just checked the foo fighters thread as well and there isn’t a single mention of his drumming, so its just surprised me how many people are praising them. I hadn’t really noticed anything other than the bombast of them before. I’ll go back and listen.