Always write down the full name and number of anything you pick up, including robots!

Great advice from the pick-up masters, Jackson and Livingstone

These are the rules for battling dinosaurs and giant robots. Whenever you are fighting in your robot then the rules for robot combat must be used:

ESCAPING
On some pages you may be given the option of running away from a battle should things go badly for you. However, if you do run away, the foe automatically gets one wound on you (subtract 2 stamina or armour points) as you flee. Such is the price of cowardice!! Note that you may use luck on this wound in the normal way (see below). You may only escape if that option is specifically given to you on the page, and if your robot is faster than your foe.

If you are lucky, you have inflicted a severe wound and may subtract an extra 2 points from the foe’s stamina or armour score. However, if you are unlucky, the wound was a mere graze and you must only reduce their score by just one.

If the foe has wounded you, you may test your luck to try to minimise the wound. If you are lucky, you only take 1 point of damage. If you are unlucky, deduct 3 points instead.

FIRE ALARMS
No fire drill is scheduled this afternoon, so if you hear the fire alarm, please exit the building by following the signs. Fire exit to the rear and also along the corridor and second on the left.

Think that’s all the housekeeping for now

Bring on the polls.

PUT YOUR HANDS ON THE CAR AND PREPARE TO DIE

I now turn the conference over to Mr The Warn, President and CEO of Robot Combat, for this afternoon’s presentation

BACKGROUND
You are a rancher in the land of Thalos. Your people (and your enemies, the savage Karosseans) have built huge robots for many purposes. With a skilled operator at the controls, a robot can replace a hundred men - to mine ore, erect buildings, move cargo, or just about anything else.

The robots are also your best defence against the vicious dinosaurs of Thalos. Many years ago, the great lizards caused much destruction. But now mankind has learned to tame the beasts, and many of the folk of Thalos - like you - are dinosaur ranchers. The ranchers use Mark 5A utlitity robots, known as ‘cowboys’ to heard the dinosaurs! But wild dinosaurs are still dangerous, and all robots have guns to defend themselves.

Early one morning, you are just finishing your breakfast, when one of your assistants staggers into the kitchen. ‘So sleepy,’ he says. Then he sits down at the table, pillows his head on his arms and goes to sleep! You shake him, but you cannot rouse him. Alarmed, you go for help. But everyone else you see is asleep.

You rush back inside and switch on a radio. But you can only get scraps of messages: ‘Everybody asleep… Karossean attack… can’t stay awake…’ Soon there is nothing to be heard. You go outside again and pour cold water on several of your friends - but they just snore and mutter.

Then you hear a rumble overhead, like thunder out of the clear sky. You look up. Streaking overhead is the unmistakable shape of a Karossean robojet!

You realise what must have happened. Somehow, the Karosseans have managed to put everyone in Thalos to sleep… everyone but you. For some reason, you are immune.

Over the next few hours, you listen to the enemy comms and piece together the story. In the past, the Karosseans had steered clear of Thalos, with its brave warriors and its many robots, your land was too tough to attack. But Minos, their leader, hit on a clever plan. His spies spread capsules of a virulent sleeping sickness, and before too long, all Thalos was asleep!

Soon you hear a broadcast from Minos himself, talking to his invading troops. An elite force of 1000 warriors with hundreds of robots has invaded. But this is only the beginning. With the population helpless, Minos plans to loot your country. Its riches and its robots will be his; its people will be sold as slaves! And only you can stop it…

You know what you have to do. You walk back inside and buckle your father’s old sword to your waist. Food will be no problem - you know supplies will be easy to find - but you pick up a supply of five medikits. Then you head for the robot parking-area. Alone, you must defeat the Karossean invaders and free your land! 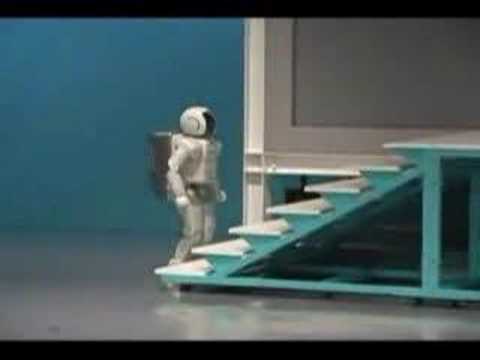 Love this footage of epimer on his way to the toilet

tl;dr - we’re just a dinosaur rancher, standing in front of an invading army, asking them to not loot our sleeping country

a robot can replace a hundred men - to mine ore, erect buildings, move cargo, or just about anything else.

At the robot parking-area, you stop and look around. There are several robots there, but only two seem suitable for long distance travel. You study them both. The standard ‘cowboy’ walking robot is not fast, but sturdy and adaptable. The light flyer is very speed and manoeuvrable, but not really intended for combat.