i like it a lot but i never get into his shorter pieces as much. i don’t quite get the ‘songs’ thing.

been absolutely rinsing selva oscura after sleeping on that one though. it’s awesome.

been absolutely rinsing selva oscura after sleeping on that one though. it’s awesome.

Agreed, loved that one and Time Out of Time or whatever it was called.

Yeah i enjoyed that article. Big fan of Green by Hiroshi Yoshimura on the list

This has been posted in today’s new music thread but I’m going to stick it in here as well.

New album from me today. First in 2 years, which is a long time between releases for me.

Basically I had writer’s block for ages. Not in the sense that I wasn’t able to write anything; more that I absolutely loathed everything I wrote. I don’t remember the point exactly where that finally turned around and this album started coming together, but I’m very glad it did because it’s such a feeling of relief that this exists and is out in the wild.

Whilst there are lots of ambient and drone elements, I think it might be too angry and restless to really be an ‘ambient’ album. Lots of scorched strings, worn-out-synths and the occasional mournful bit of brass.

Each track flows into the next in the style of early Godspeed, and some of it feels - to me anyway - like the kind of quiet moments that existed on those early Constellation records releases. I doubt it does to anyone else, but

Anyway, I hope you’ll forgive my indulgence here, but this thread and the support I’ve had from people in it in the past is a huge part of the reason I’m still making music. So my heartfelt thanks to you all. 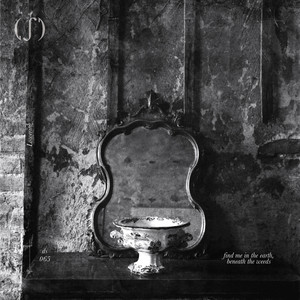 Find Me in the Earth, Beneath the Weeds 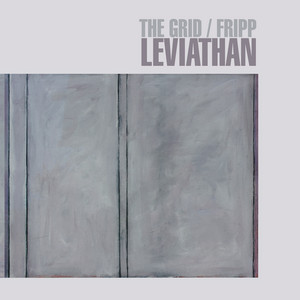 This is really fantastic stuff @McGarnagle!

Yeah i’ve got this on whilst working and it sounds delightful. Good work

Glad you got over the writer’s block!

New album from Yann Novak out today. His previous album Slowly Dismantling has become one of my favourite drone works of the past few years. This one continues in the same vein, although it feels a bit murkier & more base heavy, but also perhaps a bit more magisterial.

For some dirty, murky, collaborative ambient drone that features current poster boy KMRU, plus an always-interesting ambient-Surgeon, this is my album of the day so far (after @McGarnagle’s, natch!)

Mate, this is incredible. How are you doing this?

Ah, thanks mate - that’s very kind of you!

How are you doing this?

Slowly and painfully! And with many VSTs.

Just invested in a copy on Bandcamp, listened to sleep in perpetual motion loads and looking fwd to this tonight.

I really want to like Sarah Davachi, I bought Cantus figures, Laurus on fancy CD package and I just can not get into it… It seems to vary between being almost unnoticeable to quite jarring… Hoping that if the CD ever shows up, it will be be a different experience than the mp3/streaming

Am I just starting in the wrong place?

Possibly. Cantus, Descant is great, but it is very long. It’s very organ-centric though, and that’s very much Sarah’s weapon of choice.

Maybe try Gave In Rest or All My Circles Run. I like both of those a lot.

Maybe, I started with All My Circles Run and was impressed but not quite feeling it, then absolutely loved Let Night Come On Bells End the Day and was hooked.

Glad I’m not the only one – she seems so much like someone I should love on paper, but I remember getting a few tracks into Cantus, Descant and thinking “I can’t imagine listening to over an hour more of this”.

I really liked the preview track from the forthcoming album so I’m hoping I might click more with this one since it’s only a single vinyl.